A1: Reunion tour will be our best live performance ever

It was a now or never kind of situation,” said A1 member Mark Read of the pop boyband’s coming reunion tour.

After Paul Marazzi left the  group in 2002, citing “personal reasons,” the rest of the members—Read, Ben Adams and Christian Ingebrigtsen—would continue to record albums and play gigs as a trio every so often for the next 16 years.

It was a long time. But never did they lose the belief that all four of them could still reunite onstage one day.

Earlier this year, A1 announced that it would finally be embarking on a world tour featuring its original lineup.

“It was long overdue and something the fans have been asking about for years. It’s a little surreal, but amazing that this has happened,” Read told the Inquirer in a recent e-mail interview arranged by local promoter Concert Republic.

“The three of us were doing a show close to where Paul lived (Newcastle, England), so we thought about meeting up. It was a surprise to us when he agreed,” he added, relating how the prospect of holding a reunion tour came about. “It showed that there was no bad feelings; that anything negative from the past was behind us.” 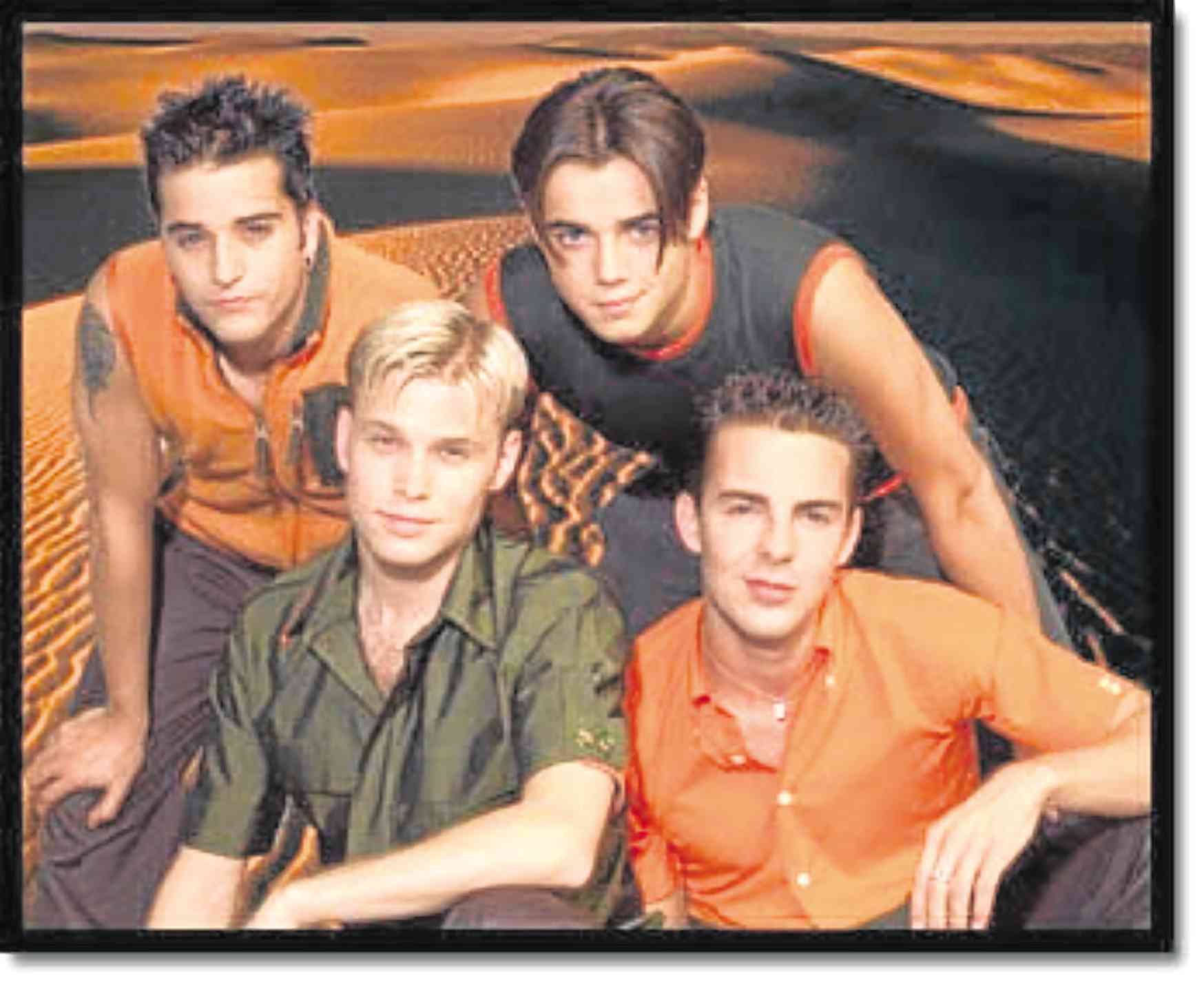 Excerpts from Inquirer’s interview with the band:

What was the first meeting like? What did you guys catch up on?

Ben Adams (BA): It was good—like riding a bike! It felt very natural, but strange at the same time, because there was a whole lifetime to catch up on.

Paul Marazzi (PM): The first meeting was like we had never been apart—just straight into talking about general stuff about our families and the old times. It was really nice.

Christian Ingebrigtsen (CI): Mostly, we reminisced about the old times, which was great fun.

We remembered different things, and it was so much fun to remind each other of all the great experiences we have shared. It was as if no time had passed at all.

Was there ever a point when you thought that the band will never be complete again?

Mark Read (MR): Even though things have been working great for us as a trio, I did feel that it was important that things go full circle—mostly for the fans, who deserve to see us all back together for one final time.

BA: I have always felt that it was an option somewhere down the line. It was just a question of when.

What will be the adjustments, now that you’re performing as a quartet again?

BA: Well, our dance routines improve as a quartet. And there has been a missing harmony for some time, so it would be nice to hear the songs as we had originally written them!

What are some of the most valuable lessons or experiences you have had in your career throughout the years.

How do you think have you grown as a musician?

PM: I approach music with more respect now. Learning the guitar has helped me appreciate the people or musicians I work with.

MR: We all have come a long way as songwriters, performers and musicians.

We’re better prepared and experienced now, which is why this is likely to be our best live performance.

What do you guys have in store for the concert?

CI: We tried to dig out all the songs we know our fans want to hear when we come back. And we have actually recorded a brand-new song, as well.

MR: The focus of this tour is our being back together. That in itself is a huge deal for us, so we don’t need big gimmicks or an over-the-top show. Expect a very intimate show and also a few surprises.

MR: This time, we want to release music that’s personal to us and directly to the fans—no one in between telling us what it should be.

CI: With a new single, we hope that this . . . is the beginning of something new. We definitely have plans to do more concerts in 2019.