Cheerleading goes to the telly; ‘Amo’ sequel still on the drawing board | Inquirer Entertainment

Cheerleading goes to the telly; ‘Amo’ sequel still on the drawing board 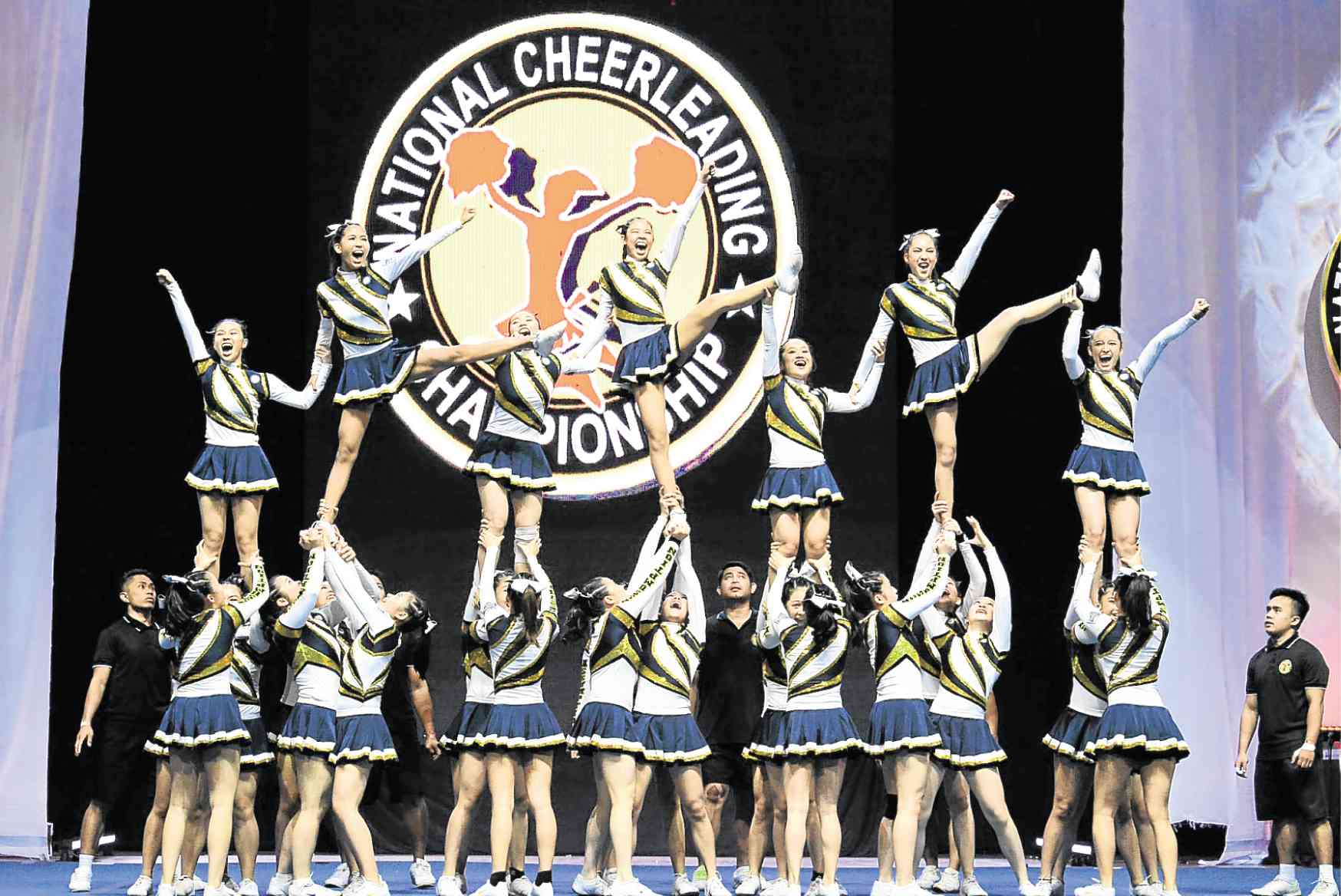 Cheerleading is not just fun and games, it’s a legitimate sport and ESPN5 seeks to popularize this endeavor by covering the entire qualifying process—from the regionals to the nationals, and hopefully the world championship.

Airing the National Cheerleading Championship (NCC), now on its 14th season, is in line with ESPN5’s goal to extend its reach in the TV landscape.

Vincent “Chot” Reyes, TV5 president, told the Inquirer: “We feel it’s important for us to keep in touch with the female market. The prevailing perception is that sports is limited to the male demographic. With cheerleading, we hope to draw in female viewers.”

In the old days, cheerleading was only associated with girls and gays. “Now, there’s no stigma. It’s open to everyone. Boys have also joined because they are needed for the lifting and routines that require strength,” asserted NCC founder Carlos Valdes III. He pointed out that the sport is open to athletes of all sexes, sizes, even ages.

In China and Japan, Valdes stated, a division for those aged 40 and above had been established. It’s not limited to high-school teenyboppers and college co-eds.

Moreover, cheerleading is a sport where Filipinos can shine because there’s no height requirement, unlike in basketball. Being petite and slim can be an advantage—along with being agile, alert, solid and sturdy.

Valdes is optimistic that the country can bring home the gold in cheerleading, not only in the Southeast Asian Games, but also in the Asian Games and perhaps in the future, with proper support and incentives, in the Olympics. (Cheerleading was recognized as a sport by the International Olympic Committee in 2016.)

“The Philippines is in the world’s Top 8,” Valdes shared with the Inquirer.

Filipinos have the talent and temperament to excel at cheerleading, Valdes explained.

“We have the heart and the spirit,” Paula Nunag, NCC director, agreed. “When we sing and dance, the audience can see the joy on our faces. The Filipino passion is what makes us unique on the world stage.” 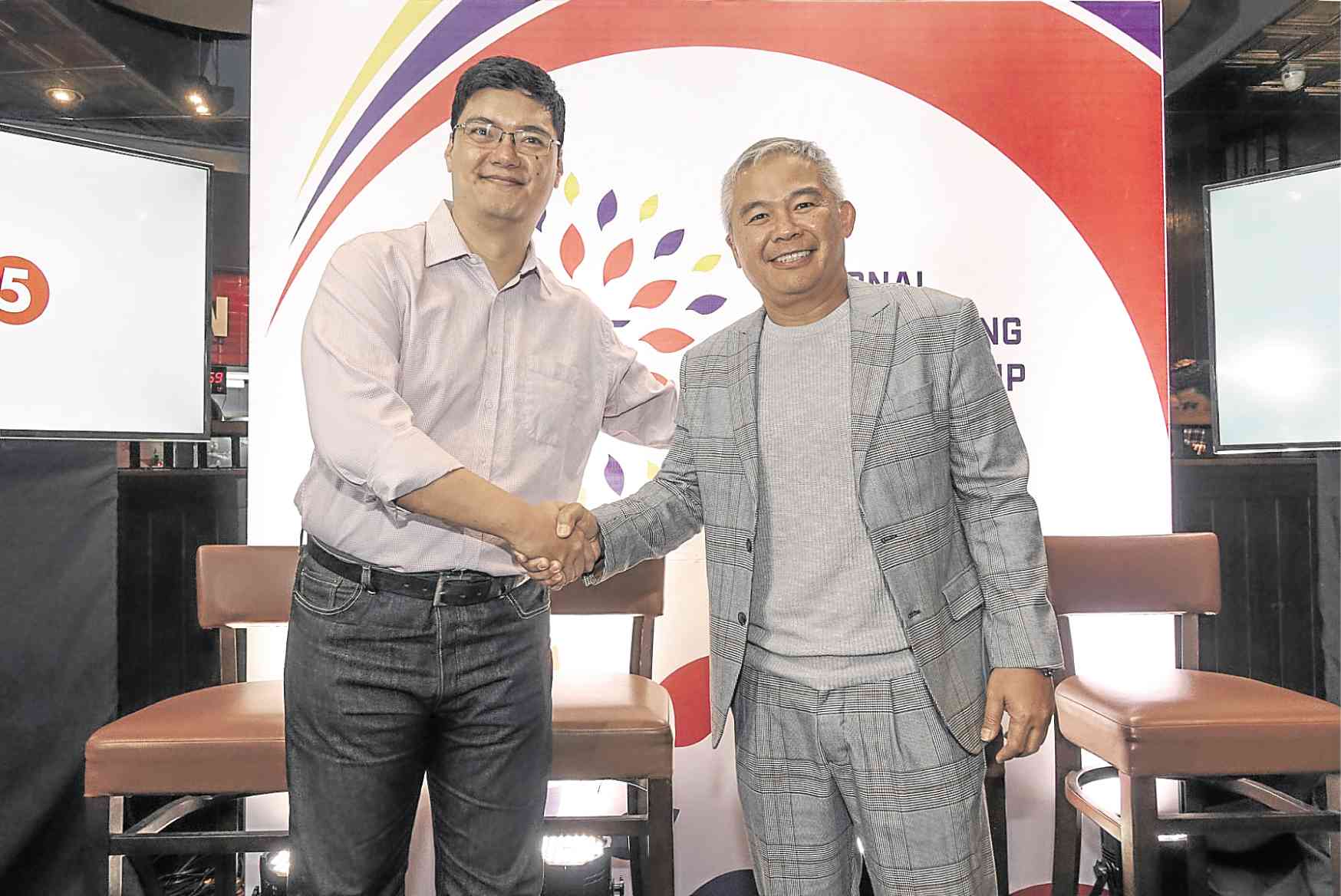 Indeed, cheerleading is a potent training ground for future performers.

It can also be dangerous, so relentless training is required, as well—not just on, but also off the court.

Half in earnest, half in jest, Valdes quipped that the trash-talking and psychological warfare in cheerleading depicted in the 2000 hit movie “Bring It On” could be accurate. “You have to be fierce and fearless to do well in this sport,” he exclaimed.

The NCC kicks off with the South Luzon Qualifiers, which will be held at Robinsons Mall in Las Piñas on Oct. 6 and will be aired via “Sportscenter Philippines.”

The World Championship is set next year in Orlando, Florida, where the ESPN headquarters is also located. “Cheerleading is a big ESPN property,” Reyes noted. “This is a major project for us.”

He reported that ESPN5 is doing well after its rebranding as a sports channel. “We will continue to execute our plans.”

Will the sequel to Brillante Ma Mendoza’s drug-war series “Amo,” which is also streaming on Netflix, push through? “We want to be able to do ‘Amo 2.’ But there are many factors involved. Hopefully, we can fix things.”

Yes, Mendoza is still working with the network, “on a per project basis.” “We will take a look at what he has planned for the future,” the TV5 head said.

Reyes remarked: “What was great about ‘Amo’ was that the feedback was mixed, depending on the viewer’s political stand. It’s very controversial. I told the (Netflix) executives that should be good, rather than have no reaction at all.”