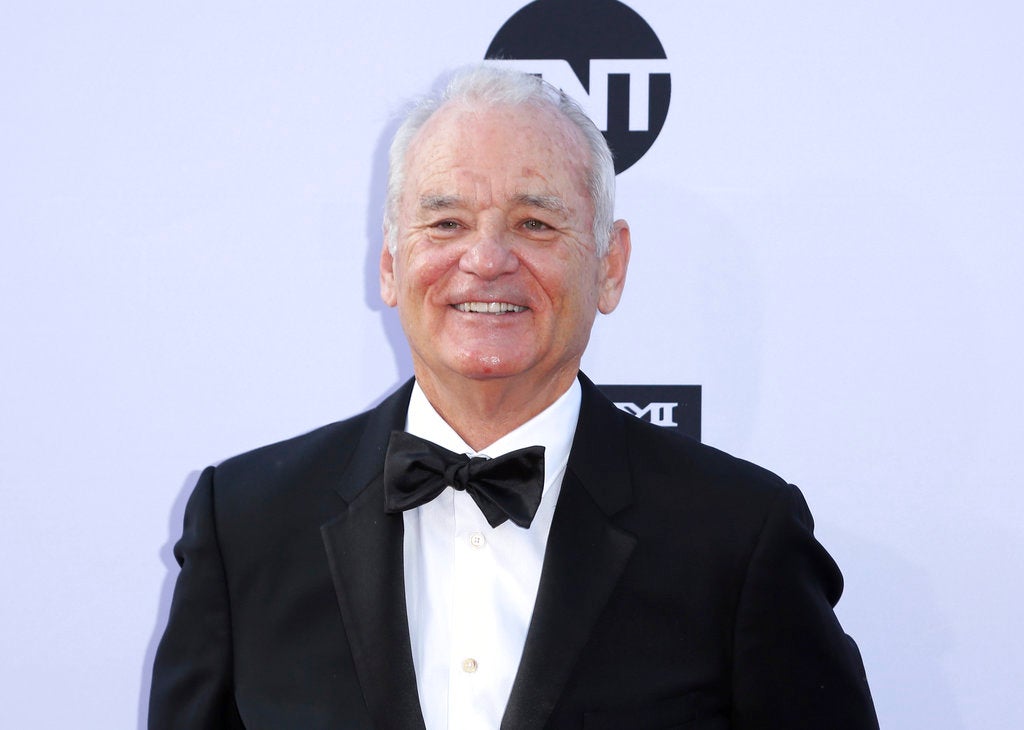 “I’m going to talk for a long time because Mike’s got no chops, no chops whatsoever,” Murray explained Wednesday night at the start of their joint appearance at the 92nd Street Y in Manhattan. They have known each other for more than 30 years and their rapport, Ovitz says, was exactly what the hundreds of audience members were witnessing. Murray teased and provoked his onetime representative, who helped him star in such films as “Stripes” and “Ghostbusters.” Ovitz, once among the most feared people in Hollywood, was willing to go along.

“The most powerful man in the business is blushing,” Murray responded.

Seated in matching pink armchairs, they were somehow dressed in character — Ovitz in a dark business suit, Murray more casual in a dark buttoned shirt and slacks. Ovitz has just published his memoir “Who Is Michael Ovitz?” And Murray couldn’t stop joking about the title, especially how Ovitz’s name is placed right beside it on the spine, like the answer to the world’s most obvious question. “It’s ridiculous,” Murray said with a laugh. The book tracks Ovitz’s rise to Hollywood powerhouse after co-founding Creative Artists Agency in 1975 and eventually having clients ranging from Murray and Dustin Hoffman to Barbra Streisand and Tom Cruise. Ovitz also writes of his swift decline, one which makes the title not quite a joke, when he joined Walt Disney as president in 1995 and was forced out just over a year later.

Starting with “What made you think anyone wanted to hear your story?, most of Murray’s comments were like a parody of a celebrity interview. He praised a passage near the end of the book and wondered if Ovitz wrote it. He questioned the accuracy of Ovitz’s memory and even got his old friend to admit to getting a minor detail wrong in his telling of how Murray ended up with a brief role in “Tootsie.” Ovitz, meanwhile, had a few other stories about Murray, like the time he disappeared as “Tootsie” was scheduled to begin production. With just days to spare, Murray finally called, from the Taj Mahal, collect. He also vanished before the making of “Stripes” and when he did turn up, he hadn’t read the script.

“I’m a quick study,” Murray said with a shrug.

In his book, Ovitz acknowledges his mastery of a Hollywood art form, lying, or, as he describes it, the strategic arrangement of facts. Murray read a passage about Ovitz’s client Michael Crichton and how the agent covered up for a paralyzing case of writer’s block by telling everyone that the author was busy on a new project. Crichton eventually broke out of his slump and within months wrote what became a publishing and movie blockbuster, “Jurassic Park.”

“It worked out in the end,” Ovitz insisted.

“There’s a lot of this stuff,” Murray told the crowd, fascinated by what he called Hollywood’s “positioning of the truth.”

He asked Ovitz about the old CAA office building, a grand I.M. Pei design with an imposing Lichtenstein mural in the atrium. Ovitz, still the building’s owner, said that Sony had recently moved out and that he was currently “transitioning to another tenant, sort of.”

“See that? That’s what called molded and manipulating,” Murray said. “You could put a rope swing in that place.”

Ovitz’s toughest moments Wednesday night were when he tried to say nice things about Murray. As he praised his old friend as a “very brilliant and highly intellectual man,” Murray stuck his finger in his mouth and pretended to gag, like his “Nerd” character from “Saturday Night Live.” Ovitz, determined to show that Murray was more than a comedian, remembered being alone in a hotel in New Haven, Connecticut, where one of his children was ill in a nearby hospital. An unexpected knock on the door: It was Murray, who stayed with Ovitz for the next two days, until the crisis passed.

Murray cut him off: “It’s hard to find a hotel room in New Haven.” AB