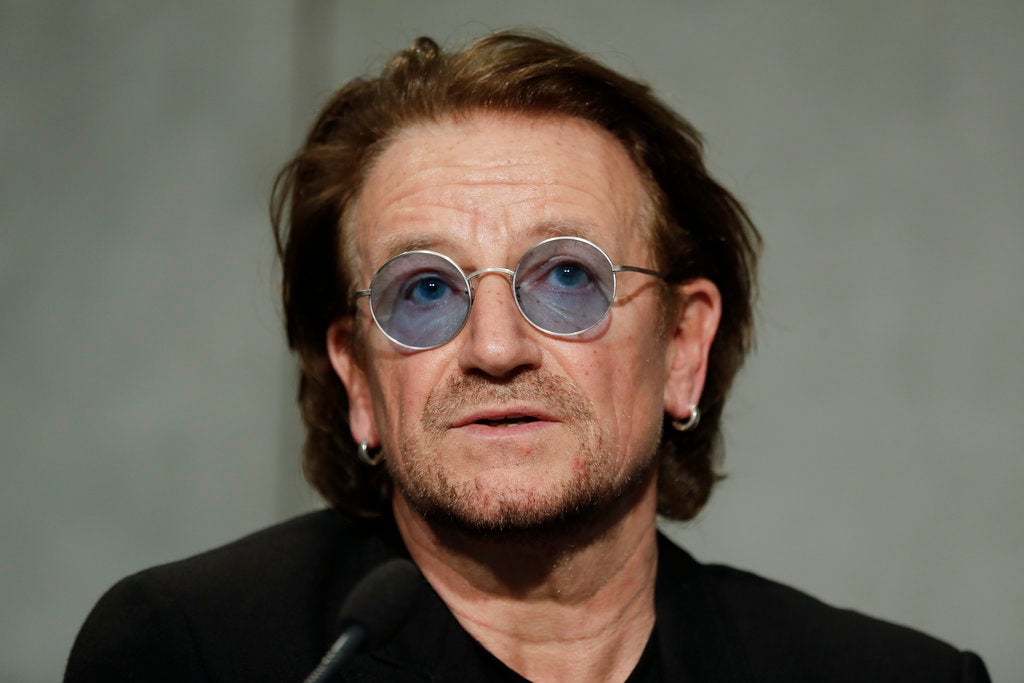 U2 rock band frontman Bono Vox talks to reporters during a press conference he held at the end of a meeting with Pope Francis, at the Vatican, Wednesday, Sept. 19, 2018. Image: Andrew Medichini / AP

VATICAN CITY (AP) — U2 frontman Bono has described Pope Francis as being “aghast” about sex abuse in the Catholic Church.

The Irish singer met privately with Francis on Wednesday at the Vatican hotel where the pope lives, to discuss themes that Bono told reporters included “the wild beast that is capitalism” and sustainable development.

Bono said that because Francis visited Ireland recently, they spoke about the pontiff’s “feelings about what has happened in the church.” The Irish church’s reputation is stained by cases of pedophile priests and systematic abuse cover-ups.

Bono said he told Francis how it looks to some that abusers are more protected than victims and “you can see the pain in his face, and I felt he was sincere.”

Francis is under pressure to reveal what he knew about abusers. AB

Bono says ‘back to full voice,’ U2 tour will resume