LOOK: Myrtle Sarrosa shows off sexy bikini figure, then declares ‘I don’t have the perfect body’ 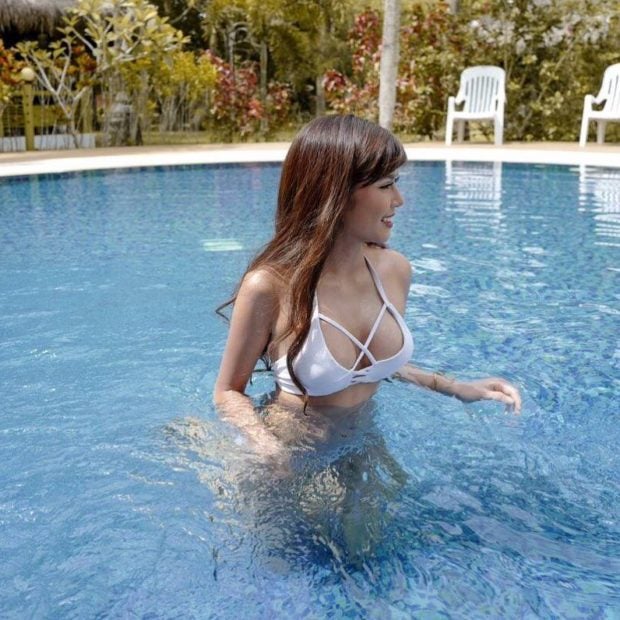 The cosplayer recently surprised her fans in her sexy role for the fantasy-comedy film “Wander Bra”. She also showed off her curves in a photo of herself in a swimming pool, wearing a white, two-piece bikini.

“I don’t have the perfect body,” wrote Sarrosa on her Instagram post last Tuesday, Sept. 25. “I am flawed in many way[s]. But I’ve learned that these insecurities should never stop me from loving my own body.”

I don’t have the perfect body. I am flawed in many ways. But I’ve learned that these insecurities should never stop me from loving my own body. 💓 Embrace who you are. Embrace your imperfections. Be confident of your own skin.

Sarrosa then reminded her fans to love and accept themselves: “Embrace who you are. Embrace your imperfections. Be confident of your own skin.”

Unsurprisingly, her Instagram followers took to the comments section of her post to react. Her fans loved how seductive Sarrosa looked.

“Pinoy Big Brother: 737” housemate Richard Juan seemed to have been at a loss for words after seeing Sarrosa’s photo, if his comment was any indication.

Sarrosa’s friend, singer Kimpoy Feliciano, wondered why the actress said she doesn’t have a “perfect body” when all he saw in the photo was perfection.

While most were awed by Sarrosa’s apparently flawless figure, some speculated that she went under the knife to achieve her supposedly imperfect body.

“How can you be confident when you are retokada (have undergone plastic surgery)?” asked one netizen, Zieve Yap Co (@zieveco.)

Another commenter, Christina (@chinchin0323), speculated that the actress underwent breast augmentation because of how different her chest looked like from the time she joined “Pinoy Big Brother.”

One fan, Chance Aquino (@chanceaquino), pointed out the repercussion of Sarrosa’s statement to the body image issues her fans may have.

“You know I love you but showing a body like that and saying you are imperfect is giving all your women fans/followers who are size eight or larger, apocalyptic insecurities,” the commenter noted. “I understand your POV [point of view] of ‘love who you are’ or ‘be confident in your own skin,’ but this does not work for me in this case.” 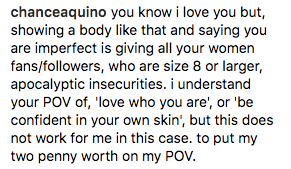 While she is yet to directly comment on the criticisms she received, as of this writing, her caption for the latest photo she posted, uploaded yesterday, Sept. 26, might just be her answer.

I am an over thinker. Thinking about every possible outcome of any choice I make. But I learned that sometimes we shouldn’t think too much cause overthinking just leads to problems that wasn’t even there in the first place. So just let go and stop overthinking things. ☺️

“I am an over-thinker. Thinking about every possible outcome of any choice I make,” she said. “But I learned that sometimes we shouldn’t think too much cause overthinking just leads to problems that wasn’t (sic) even there in the first place. So just let go and stop overthinking things.” The caption accompanies a photo where she is in another sexy pose while lying down, wearing the same revealing bikini, looking into the distance, as if in deep thought. JB