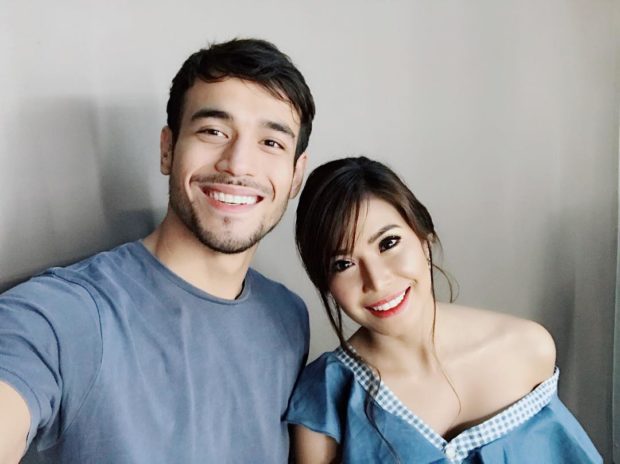 For Myrtle Sarrosa, her friendship with former “Pinoy Big Brother: Teen Edition” housemate and love team partner Kit Thompson is sweeter the second time around. Patching things up after five years of not talking to each other, Sarrosa reflected on the decisions she made when she was younger.

“A lot of things were left unspoken with this guy for the past few years,” wrote Sarrosa in a post she shared via Instagram last Friday, Sept. 7. Their photo was taken at the studio of the morning talk show “Magandang Buhay”.

A lot of things were left unspoken with this guy for the past few years. For some reason, we just stopped talking to each other right after PBB. On camera, we were a loveteam. But off camera, we were like strangers. It’s nice to go back the memory lane, have a reunion and actually catch up! Funny cause after all these years… we forgot the reason why we stopped talking in the first place. 😅 I guess when you’re younger and more immature, everything is such a big deal… It is only now that I realise that the little things in the past that you thought were important didn’t really matter and the things that should’ve mattered, you’ve taken forgranted. 6 years after PBB. 5 years since we actually spoke again. I’m glad to catch up with this guy again. 🙂 @kitthompson #PBBTeens No More!

Sarrosa said being reunited and catching up with Thompson made her take a trip down memory lane. She also found the reunion funny as she and Thompson had forgotten why they stopped talking to each other.

“I guess when you’re younger and more immature, everything is such a big deal,” she noted. “It is only now that I realize that the little things in the past that you thought were important didn’t really matter and the things that should’ve mattered, you’ve taken for granted.”

“Six years after PBB. 5 years since we actually spoke again,” stated Sarrosa. “I’m glad to catch up with this guy again. @kitthompson #PBBTeens No More!”

Kit Thompson made his showbiz come back in Kathryn Bernardo and Daniel Padilla’s film “The Hows of Us”. After his PBB stint, Thompson engaged in various acting jobs in the Philippines before flying to Los Angeles, California to pursue a career in modeling.

Meanwhile, Myrtle Sarrosa stars in a fantasy-comedy film “Wander Bra”. She plays the role of Barbara who transforms into a heroine whenever she puts on her magical bra.

Sarrosa stated in her Instagram post on Sept. 10 that it was her first time to play a lead role in a movie, after six years of working in the entertainment industry.

Wander Bra is finally flying to films this Wednesday in theatres nationwide. I’m quite nervous as this is officially my first lead role in a commercial film. Six years dreaming. But dreams definitely come true. Catch the cast live tomorrow at SM Megamall Cinema 7 for our premiere night. Movie directed by @joventan8! 🙂 #WanderBra