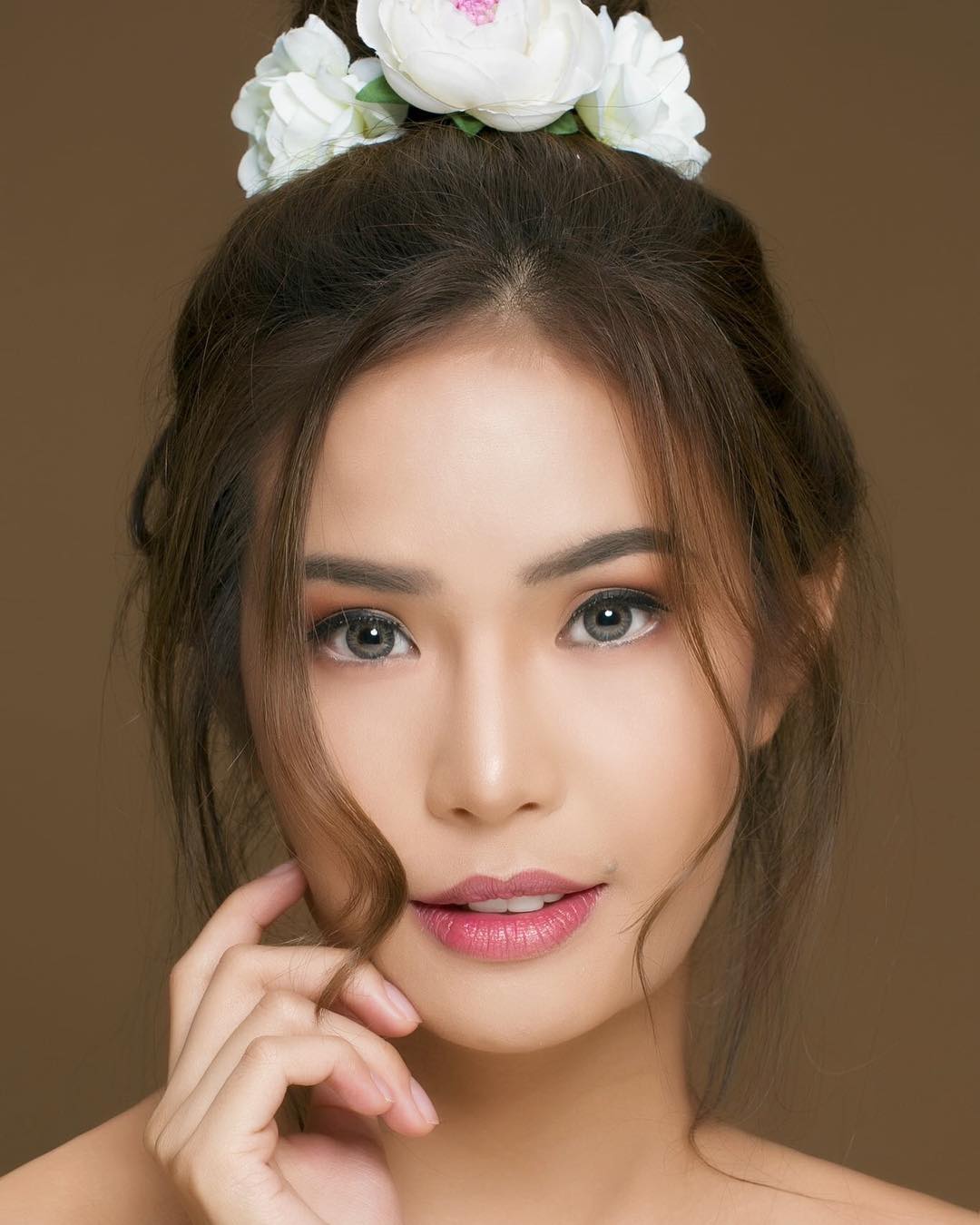 Myrtle Sarrosa’s South Korea trip may have ended on a bad note if not for an honest Korean who returned her lost money clip.

The actress shared her experience through several Instagram Stories updates on Thursday, July 26. In one of the video clips, Sarrosa explained how she lost her money clip on July 25 while visiting the Gyeongbokgung Palace.

Fortunately for her, a kindly Korean found the money clip and turned it over to lost and found. With the help of her tour guide Byunggyu Park, Sarrosa managed to pick up her money clip from an office at the Gyeongbokgung Palace. 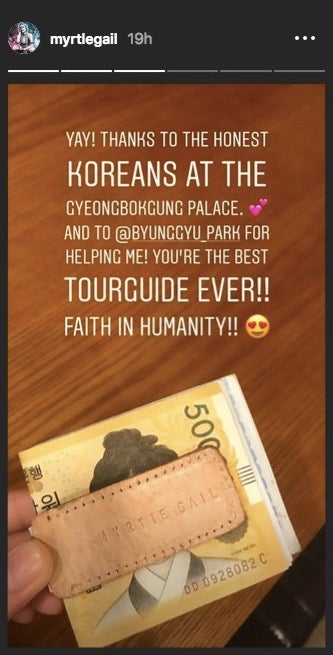 Park, who appeared to be rather familiar with the actress, considered Sarrosa as someone whom he “specially admires,” according to an Instagram update posted today, July 27. 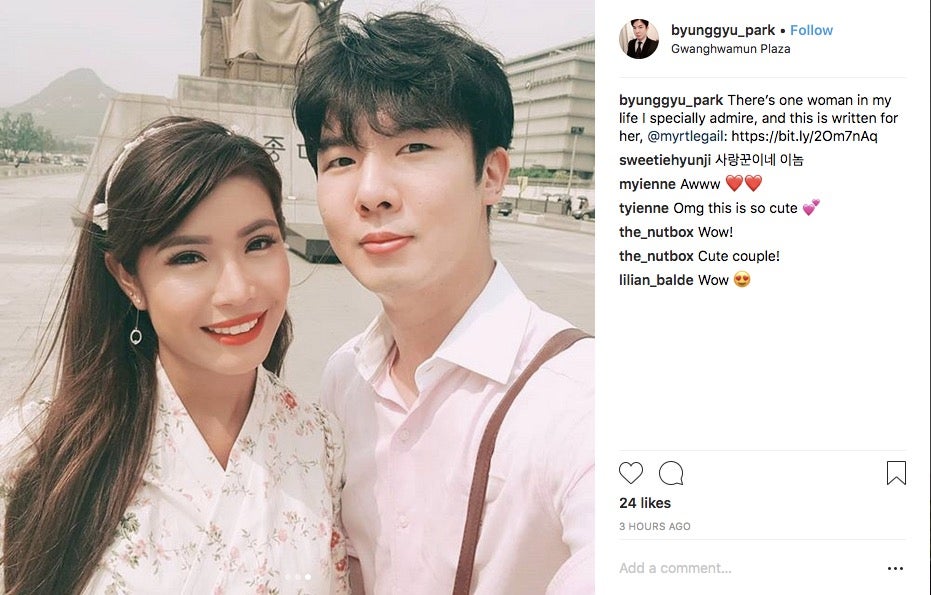 On her way to pick up the money clip, Sarrosa chanced on the changing-of-the-guards ceremony at the Palace. It reenacted how the royal guards, known as the Wanggung Sumunjang, changed between the day and night shifts. During the Joseon dynasty, the royal guards protected the capital city and royal palaces. They were also tasked with opening and closing the palace gates, inspecting visitors, and surveillance. 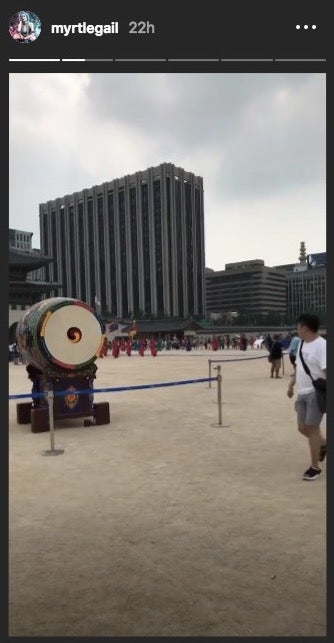 Prior to her Korea trip, Sarrosa uploaded several photos of her visits to Thailand, Hong Kong and Cambodia. In a July 4 post, the actress reflected on some thoughts on traveling. She wrote, “The beauty with traveling is that you get the chance to stop and take in what you’ve been missing out in life.”  /ra 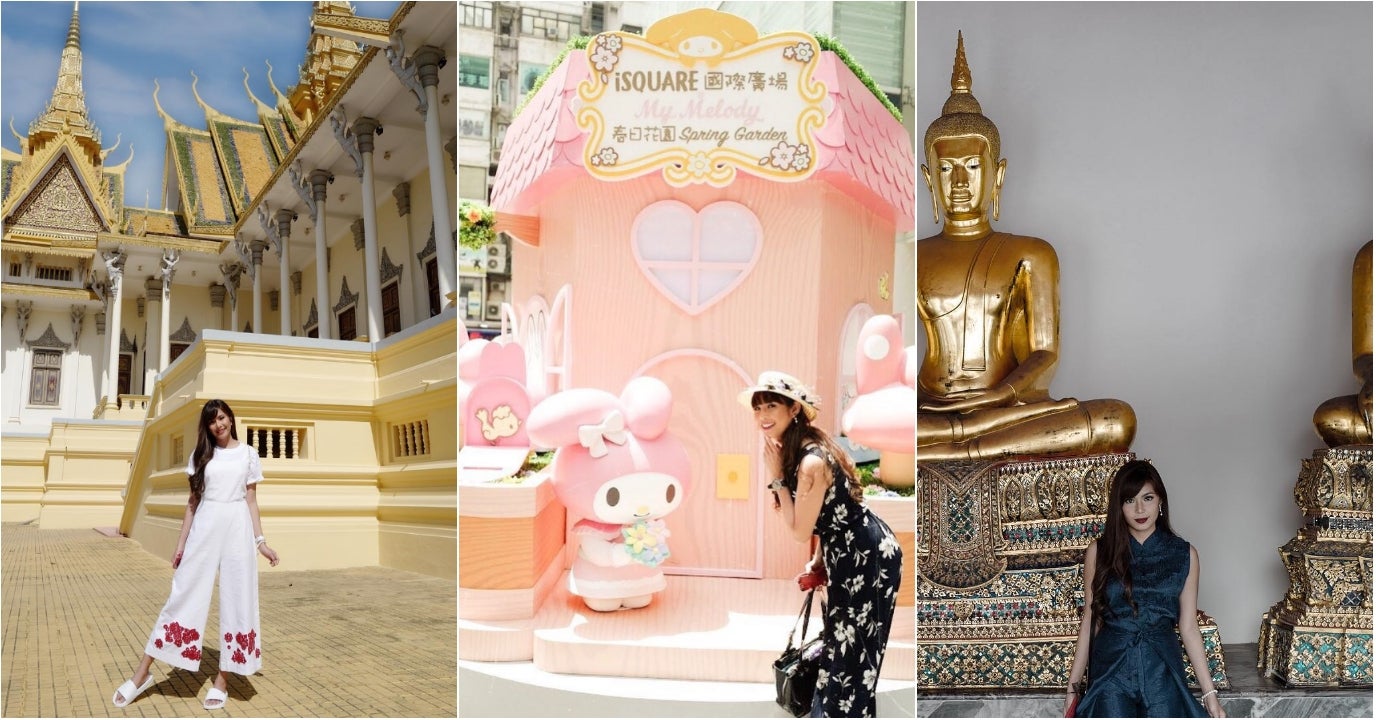