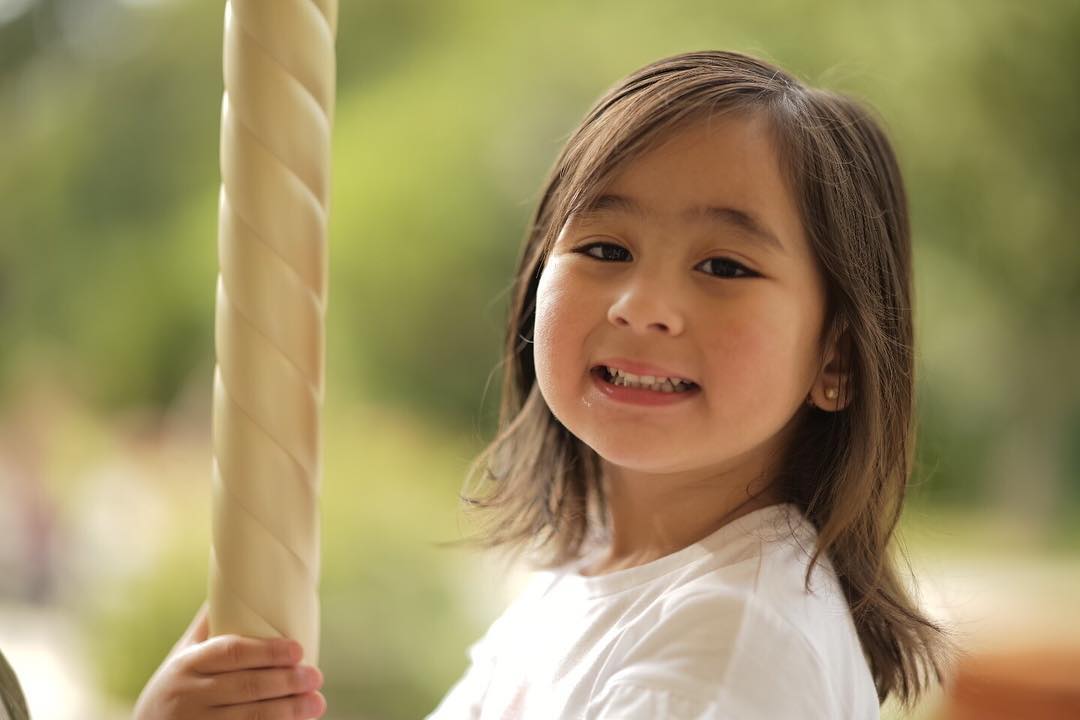 Scarlet Snow Belo gave fans another dose of cuteness when the little girl tried to speak some Bisaya words.

Little Scarlet had been sitting at the table with her mother, Vicki Belo, and other companions when she was taught to speak some Bisaya words. Belo shared a video clip of the attempt on Instagram, Sept. 25.

The little girl started by happily exclaiming “Huy day (Hey Girl!)! ” while gesturing with one hand. After eliciting laughter from the adults around her, one of them asked Scarlet to say “waray bugas.”

This new phrase proved too difficult for the toddler, who fumbled the pronunciation to just “waray buhok.”

@scarletsnowbelo entertaining everyone of her Bisaya skills 😆 Can you suggest other Bisaya expressions for her ?

Failing the second attempt at Bisaya, Scarlet then turned her attention to the unfinished food on the plate. She started asking why the food wasn’t being eaten when she thought that it was “yummy.”

Meanwhile, fans began suggesting other Bisaya expressions that Scarlet could practice on in the comments section. Some of the phrases included “unsa ka dai?” or “how are you girl?” and “ambot” or “I don’t know.” Some fans also pointed out that Scarlet’s nannies are Waray and what she actually spoke was Waray.

Perhaps in a future post, Scarlet could surprise fans again with some of the new Bisaya words she’s learned from their suggestions.  /ra