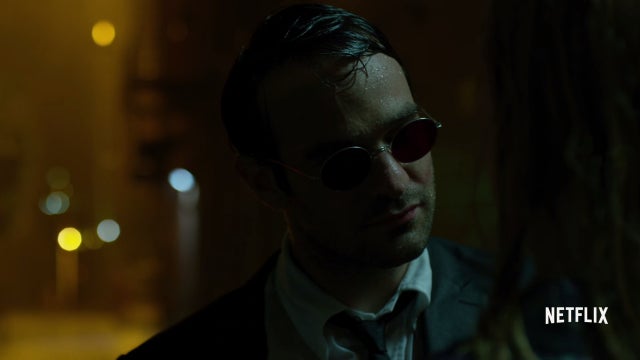 Netflix has announced an October 19 launch date for next installment of Marvel’s “Daredevil” series, in tandem with a fresh Season 3 trailer.

The show sees Charlie Cox as a blind attorney named Matt Murdock who moonlights as the superhero dubbed “The Devil of Hell’s Kitchen”, with Vincent D’Onofrio also starring, as bad guy Wilson Fisk.

Teasing fans with the action still yet to come, the Season 3 sneak-peek picks up where Netflix’s “Defenders” limited series left off — with Murdock presumed dead, apparently killed alongside long-time lover Elektra (Elodie Yung).

The clip, just under two minutes, confirms that Murdock is not only not dead, but alive with a vengeance.

“You can suffocate evil, starve it, lock it behind bars,” Murdock narrates in the teaser, against flashes of him battered and covered in blood. “But it will find a way to come back even stronger. There’s only one true way to end evil: to finish it for good, and let the devil out.” NVG

Finn Jones on playing Marvel’s Iron Fist: He is no Bruce Wayne