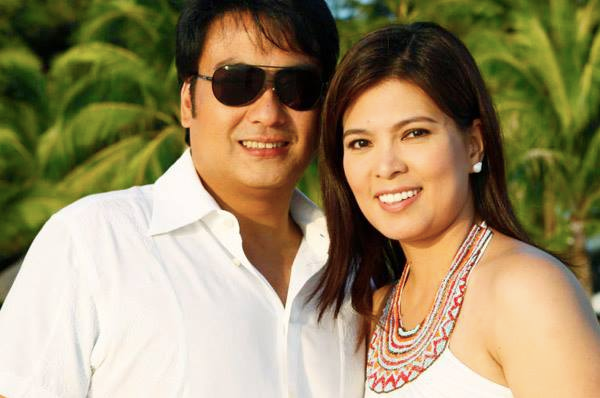 It has been four years since former senator Ramon “Bong” Revilla Jr. was jailed, and his wife Lani Mercado admitted that it is hard to live without him.

Revilla has been detained since 2014, after he surrendered himself to the Sandiganbayan due to the arrest order for him, concerning his alleged misuse of pork barrel funds.

“It’s hard,” the Bacoor City mayor said in a “Tonight with Boy Abunda” interview which aired yesterday, Sept. 21. Mercado added that she always looks forward to paying him a visit twice a week.

“Malaking adjustment ito (This is a big adjustment),” Mercado answered when asked what she told her children after Revilla’s imprisonment. “Kung may problema man, pwede nating sabihin sa kanya (Revilla), pero yung hindi na talaga nating kayang i-solve na problema, tayu-tayo muna ito (If we do have a problem, we can tell him; but if it’s something  really big, let’s solve it ourselves).”

Abunda also asked the Revillas’ eldest child, Bryan, about the matter. “Him not being with me in certain points of our lives, gusto ko dyan siya sa tabi ko eh (I want him to be there with me). You have to be strong for everyone,” Bryan said.

Abunda then asked about how Mercado accepted Revilla’s son, Luigi, with another woman. The mayor said that at first, it was all hearsay to her. Later, she was able to talk to the boy’s mother.

When the talk show asked if Mercado got mad at Revilla, she replied, “Of course, sa una magagalit ka (Of course, at first you’ll get mad). Masakit ‘yun eh, pinagtaksilan ka at may bunga yung pagtataksil na ‘yun (It hurts, you got cheated on and the betrayal bore fruit).”

Mercado then said she realized that she too was from a second family. She added that the boy’s mother was Revilla’s former girlfriend; the relationship got rekindled after he and Mercado lost a daughter in 1991.

(If being a martyr is fighting for something that’s rightfully yours, because you have other people to take care of, not just yourself but your children [too], your family, and it’s your right to take care of it no matter what, [then] I’m a martyr. I am guilty of that.) Katrina Hallare/JB