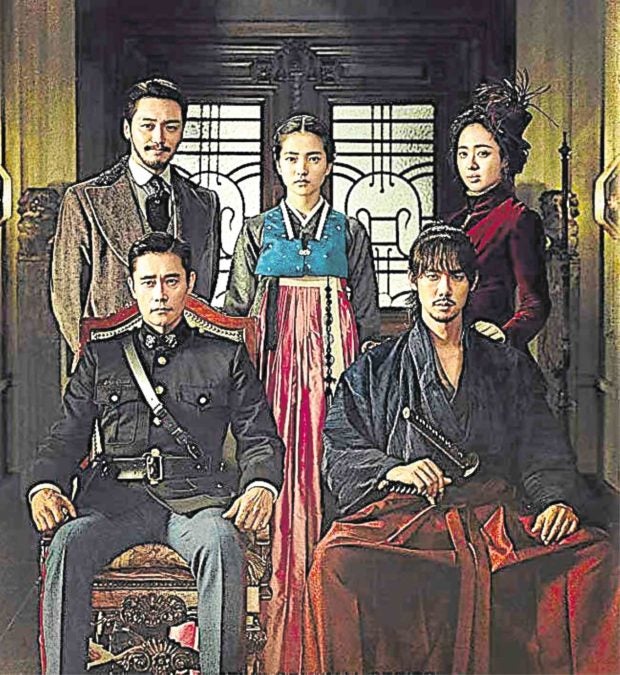 The show, which is telecast on the Korean network tvN and streamed on Netflix, is so polarizing that it reportedly generated its highest and lowest ratings this month.

Set during the American diplomatic expedition in the late 19th century that quickly turned into a deadly armed conflict called the Shinmiyangyo, the series tells the fictional tale of a young servant, Eugene Choi, who becomes an officer (Lee Byung-hun) of the US Marine Corps.

On his trip back to Seoul (which was called Hanseong then), Eugene unexpectedly falls in love with an aristocrat’s headstrong daughter, Ko Ae-shin (Kim Tae-ri), who’s betrothed to a man of her parents’ choosing, Kim Hee-sung (Byun Yo-han).

Another controversial character in the series is Goo Dong-mae (the charismatic Yoo Yeon-seok), a sword-wielding peasant who’s forced to live a fate dictated by the abuses he and his family had endured at the hands of power-hungry soldiers. Recently, “Mr. Sunshine” had to “modify” his character after it was accused of romanticizing Dong-mae’s pro-Japanese stance.

Just as compelling are the attractive actors portraying those fascinating characters: Korean superstar Lee Byung-hun, whose filmography includes “Bungee Jumping of Their Own,” “G.I. Joe: The Rise of Cobra,” “Red 2,” “Terminator Genisys” and “The Magnificent Seven,” was the first South Korean actor to present an award at the Oscars.

Kim Tae-ri has won a lot of awards for her debut performance in Park Chan-wook’s “The Handmaiden,” with “Along with the God’s” Ha Jung-woo.

Yo-han and Yeon-seok’s bodies of work are also nothing to scoff at. Consider: Yo-han is as famous for his award-winning portrayals (“Socialphobia,” “Six Flying Dragons”) as he is for his forays into musical theater (“Hedwig and the Angry Inch”).

Like Yo-han, Yeon-seok also played Hedwig in a later iteration of the gender-bending rock musical, acted in “The Good Person of Szechwan,” and starred in award-winning rom-coms (“Warm and Cozy,” “Mood of the Day,” “Dr. Romantic”). 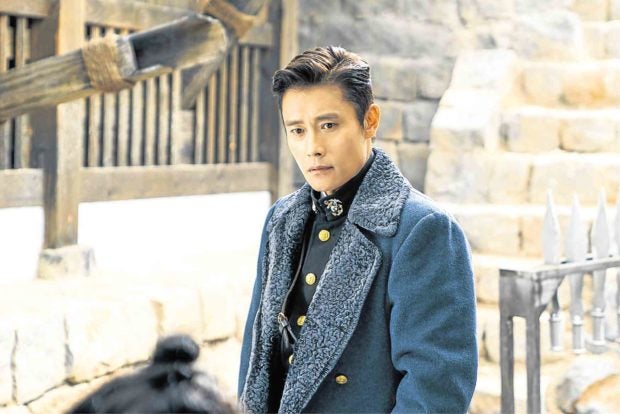 What were the challenges of portraying a character like Eugene Choi?  Most of the time, I have to play a character who finds himself in a situation that I’ve never experienced, so I immerse myself in the role and focus on his situation when reading the script. My performance is the result of constant practice and hard work.

What was it like working with Kim Tae-ri?  She possesses such a wide spectrum of emotions that I hardly even notice that she’s very early into her acting career. I feel that the confidence and vulnerability of Ae-shin can also be seen in Tae-ri as an individual. 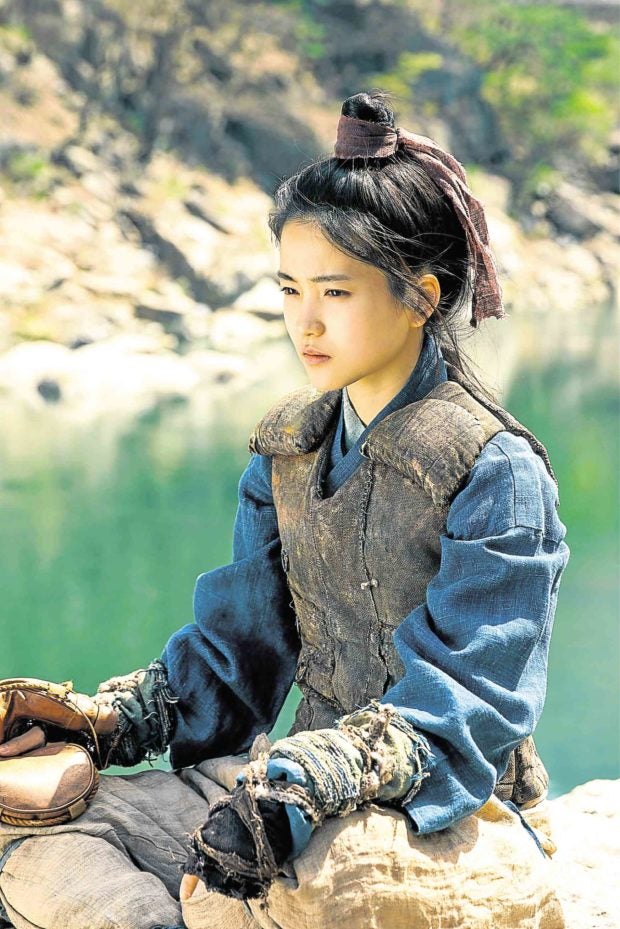 Are you as headstrong and independent as Ko Ae-shin? Yes, very much so. But if there’s a difference between us … I honestly wouldn’t have the courage to pick the path that Ae-shin chose if I was born to such a prestigious family in her time. I’m much more afraid of suffering.

What do you think of arranged marriages, which becomes a crucial game-changer for Ae-shin’s character? The concept just doesn’t make sense to me, especially in this day and age. So, I just relied on my imagination to portray her feelings about that.

What were your first impressions of Lee Byung-hun, Yoo Yeon-seok and Byun Yo-han? Great. My first impression of Byung-hun was that he was quiet, but as I got to know him better, it turned out I was wrong. He’s actually quite playful.

My first impression of Yeon-suk turned out to be true, which is that he is very sociable and positive.

I couldn’t really read what Yo-han was like, and he still is a bit of a mystery to me. I think it’s part of his charm that he’s not easily figured out.

What adjustments did you make from appearing in films to acting in a TV series? Is it harder or easier?  I couldn’t really make the connection between the particular scene I was shooting and the overall story. It was difficult to act without understanding the full story.

So, it took quite a while for me to get into the rhythm of the bigger story. Both areas have their own challenges. 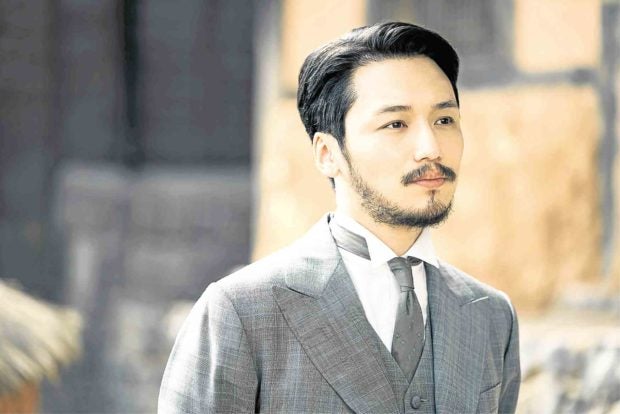 How similar are you to your character Kim Hee-sung? If you met him, would you get along with him?  Hee-sung makes a lot of sacrifices under the circumstances he’s in.

I feel like he has a bigger heart and is more generous in a lot of aspects than I am. He is kindhearted, so I would definitely get along with him.

What sets “Mr. Sunshine” apart from your other TV/film projects?  I don’t worry too much about the differences in the projects that I’m involved in. I believe that each work has its own unique quality, so I try to respect that when I act.

If you weren’t an actor, what would you be doing now?  Being an actor is the only thing I’ve ever wanted since I was very young, so I can’t think of anything else.

You played the title role in the stage musical “Hedwig and the Angry Inch” in 2016. What kind of fulfillment do you get out of theater that you don’t get from acting on TV or in films?  The biggest difference would be that you’re not allowed retakes onstage. Also, theater lets you interact directly with the audience, which I find very exciting.

For your fans, what kind of girls do you like? Someone who is devoted to me. 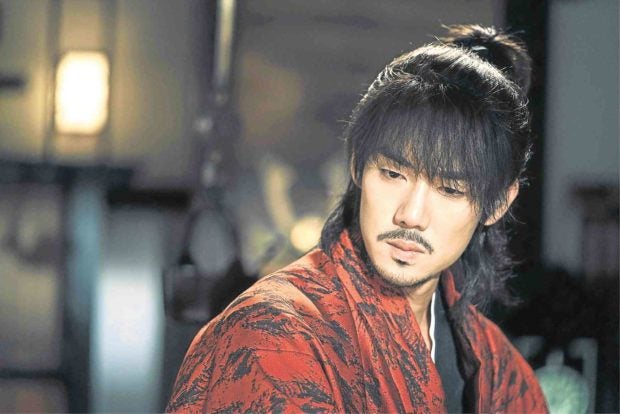 You turn in an intense performance as Goo Dong-mae. Are you as intense in real life?  I do have some serious and intense aspects that are quite similar to Dong-mae. But, overall, it’s not easy for me to compare myself to Dong-mae.

How different is Yeon-seok now in 2018 compared to the Yeon-seok in “Oldboy” in 2003? It’s already been 15 years since “Old Boy.” I’m sure there are many things about me that have changed. But one thing I constantly remind myself is my commitment to acting.

Which do you enjoy doing more of—drama or romantic comedies? I don’t have a preference for a particular genre. I tend to choose a role based on the overall scenario and the character itself.

How different is performing onstage from acting on TV or in films? There are a lot of differences between acting in front of the camera and onstage. When you’re shooting something that is recorded on camera, once the shoot is over, you can never redo it.

On the other hand, when you’re doing a play or musical, you can actually monitor the audience’s response and constantly improve and diversify your acting. It’s a great opportunity for training for an actor.

If you met Dong-mae in person, do you think you’ll get along with him? I don’t think I would be able to, because Dong-mae would get along only with people who are associated with Lady Ae-shin!

What type of women do you find attractive? I like a woman with a great smile.