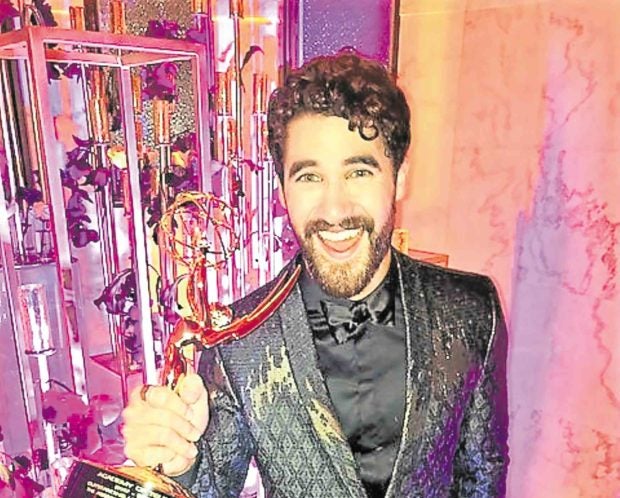 LOS ANGELES—“It’s pretty wild!” Darren Criss exclaimed, clutching the gold trophy he received earlier in the evening, when he arrived at the Fox Emmy party at Vibiana in downtown Los Angeles.

Looking sharp in a modern tux by Armani—no, not by Versace—Darren was beaming with pure joy.

Congratulated on making history as the first Filipino-American to win an Emmy lead actor award for his acclaimed portrayal of Andrew Cunanan in “The Assassination of Gianni Versace: American Crime Story,” Darren said, “I feel like the title is much bigger than myself. It’s truly an honor. I’m so happy to be representing so many people who share my background and, there are some Filipino or half-Filipino kids out there who can be encouraged by this and, hopefully, we’ll see them very soon at the Emmys.”

On winning his first major acting award for a role that for the first time hewed to his Fil-Am heritage, Darren said, “I’ve always been so thrilled to be Filipino. It’s truly one of my favorite things about myself. And this is the first time in my professional life that people have been curious or asked about my background. I think that is mainly due to the fact that there haven’t been roles that utilized my background or that lined up with the background that I have.”

The son of a Cebuana and an American of Irish heritage, who was cast by producer Ryan Murphy partly because he is a Fil-Am as Cunanan was, added, “That’s just sheer providence that I can fulfill a role that happened to be something that Ryan wanted to do. I don’t know how often these kinds of roles will come along.

“Above all else, I’m just happy that it was a complex role with far more than one side of him (Cunanan). It was a challenge to bring to life somebody who was complex, tragic and very sad. And to be half-Filipino and bring that to life with the ethnic background I have is a real privilege.”

At 31, the second youngest to win the Emmy best actor in a limited series or movie prize (the youngest winner was Anthony Murphy, in 1973), Darren shared what he felt when his name was called at Microsoft Theater: “I’m just so glad that I had so many cast members and colleagues from the show around me. Because this is only worth celebrating if I’m with them.

“If I had been by myself, this would have been a very empty victory. So, it’s nice to be in such a large ensemble. I was thrilled for them because this is a big win for them, as well.”

The former “Glee” star introduced us to his family when they walked in at Vibiana—mom Cerina, dad Charles and brother Chuck. He said he was blessed to grow up with this family. “As I said in my speech, unlike Andrew, I was very fortunate to be raised in an extraordinarily loving home, which is very different from the  broken home he came up in. It’s no wonder that it makes quite a difference.

“I really wanted them to be here tonight so that I could thank them, and that they know the way they brought me up is directly connected to being here.”

As for what’s next, the singer-actor-composer said, “I have a lot of loose ends I have to tie up, at least for the remainder of the year.”

Darren and Lea Michele’s ongoing “LM/DC Tour” starts its West Coast engagement after the successful East Coast and Midwest performances. It begins in Las Vegas on Oct. 26, and ends in Los Angeles on Nov. 5.

The “Glee” costars also added tour dates in the United Kingdom and Ireland in late November and early December.

“I have a lot of music that I have to finish with my brother,” announced Darren.

Through their indie-pop band Computer Games, he and Chuck released their first album in 2017.

On his own, Darren issued “Homework,” a five-track indie EP. “I have music of my own that I have to finish. There is a lot of new stuff going on there. I have some other things, some writing I’m working on that I have to get done next.”

The Broadway performer in the musicals, “Hedwig and the Angry Inch” and “How to Succeed in Business Without Really Trying,” recently joined the cast of Roland Emmerich’s World War II film, “Midway.”

Jon Jon Briones, who played Cunanan’s father—part of a cast that was uniformly praised—arrived at the bash at the same time as Darren. Jon Jon came with his singer-actress wife, Megan Briones.

Ryan Murphy, holding two Emmy trophies for best director and best limited series or movie, walked into the courtyard of Vibiana ahead of “The Assassination of Gianni Versace” contingent. 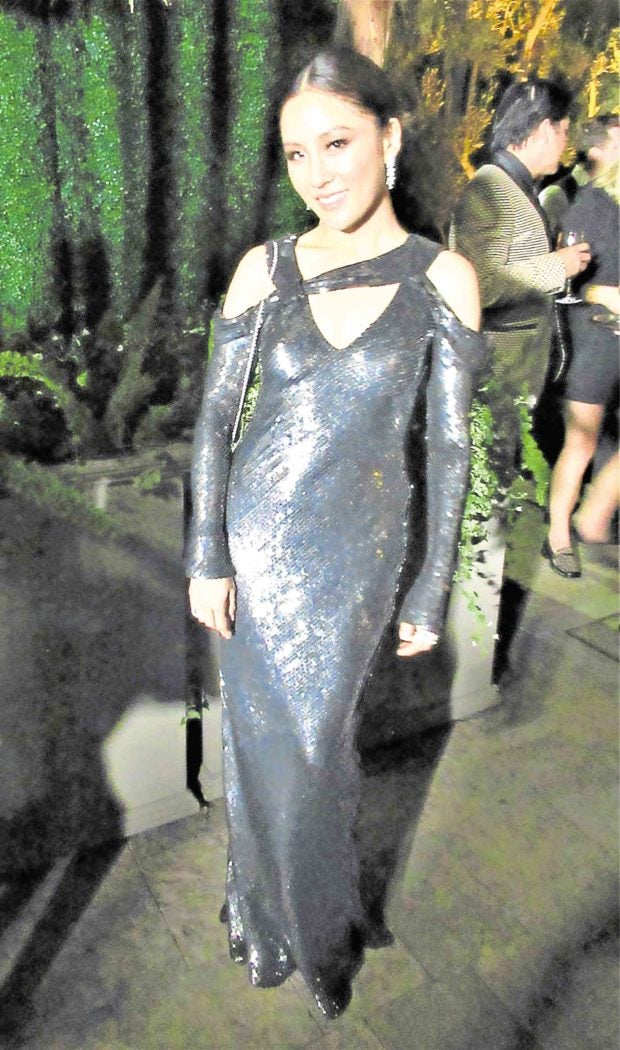 The actress said she learned a lot from Kris Aquino in the two or three days they sat together while filming that ending scene in the blockbuster. She even knows that “Kris is the queen of all media.”

Other stars holding their brand-new, shiny Emmy hardware as they walked around the bash and fielded congratulations were Regina King (best actress-limited series or movie for “Seven Seconds”) in an electric yellow-green gown and Matthew Rhys (best actor-drama series for “The Americans”) with his costar and partner in real life, Keri Russell. 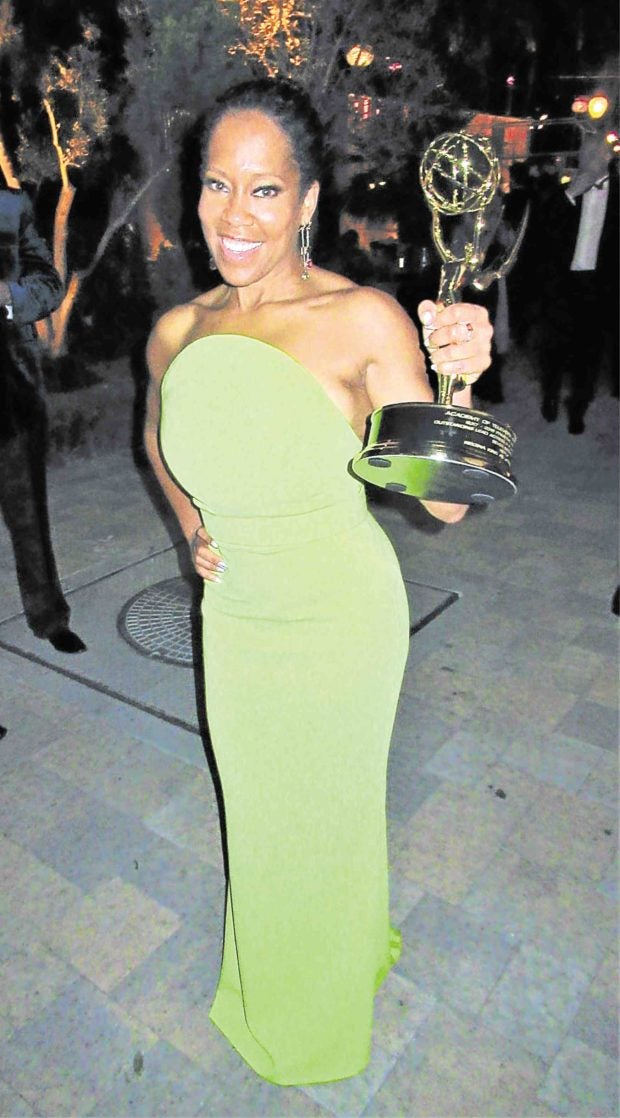 Hollywood red carpet designer Oliver Tolentino got a lot of compliments for his hip tuxedo, which he himself created, of course.