Angelica ready to fall in love again after enlightening trip 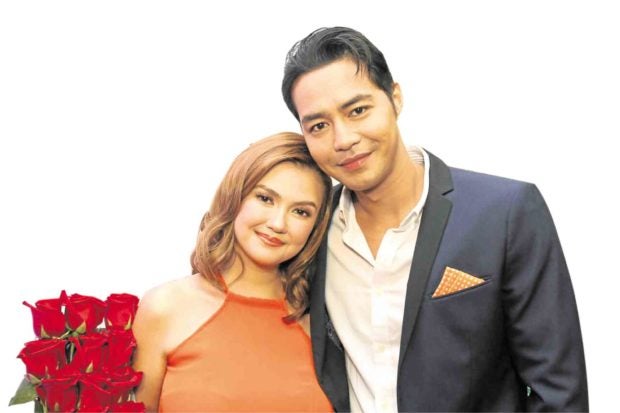 I will be more careful now. I will look out for myself,” said actress Angelica Panganiban, who claimed that she is now ready to find a new love, over a year after her highly publicized breakup with actor John Lloyd Cruz.

“I now know what I want for myself. I guess I can make demands,” she pointed out. “‘Di ’yung parang naiisahan na ako pero tanggap ko lang. I used to agree to everything just so we won’t have problems, so we won’t break up,” she told reporters during a recent gathering organized by ABS-CBN for her new afternoon drama series, “Playhouse.”

Now, Angelica said she has learned “not to follow just the heart, but also the mind. Dati kasi, nagdunung-dunungan ako.”

She was convinced that “healing” began during her trip to Bhutan with actress Glaiza de Castro in September 2017. “I felt cleansed. I was enlightened. I’m OK now,” she declared.

Angelica is currently finishing her reunion movie with Carlo Aquino, titled “Exes Baggage.” Since her schedule is starting to clear up, Angelica said she now has more free time. “Kaya naiisip ko nang magka-jowa,” she quipped. “I used to just think of nothing but work.”

Asked whether or not she is setting higher standards in terms of choosing a partner, the actress replied: “Not really. I don’t think a girl would be able to stop herself from falling in love, just because the guy does not meet her standards. But it doesn’t hurt to be more careful.”

In “Playhouse,” Angelica is working closely with Zanjoe Marudo. He plays Marlon, her character Patty’s ex-husband who’s trying to win her back.

Since both are single, doesn’t Angelica consider Zanjoe a potential romantic partner? After all, the two have been friends for 10 years. “I already know him enough to sense if he doesn’t feel comfortable being around people he isn’t close to. We’re in that level, yes, but I still feel awkward around him sometimes,” she admitted.

Angelica said it didn’t help that other cast members, particularly comedian Smokey Manaloto, tease them. “We used to horse around on the set. When this happened, nabawasan na ang harutan. I would just keep quiet. I’m not used to being teased, because I used to be the one who bullies people around,” she explained.

The actress said she found Zanjoe to be “thoughtful, caring and loyal. I’ve never seen him cheat on his past girlfriends. I’m friends with Mariel (Rodriguez) and Bea (Alonzo), so I know how he was like as a boyfriend,” she added.

“If he suddenly decides to pursue me; if he finally realizes that I’m pretty, I’m open. Pero magpapahabol muna ako ng two weeks,” she quipped.