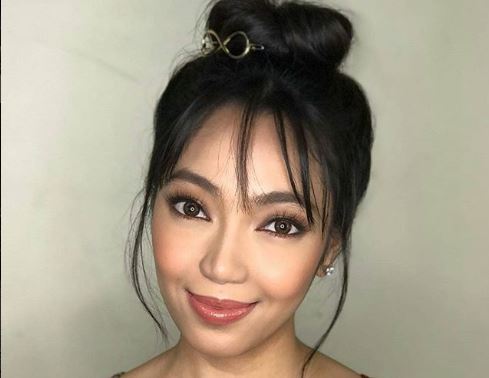 Apart from Carla Abellana, power belter Jonalyn Viray—more popularly known as Jona—called out the revised “Oplan Doghang” poster of Barangay Capri in Novaliches, Quezon City. The poster was slammed by animal rights advocates and netizens last week, with the Philippine Animal Welfare Society denouncing it for encouraging “violent acts towards animals as a means of animal control.”

The barangay officials have since apologized and revised their poster, but was still called out by Abellana for its message. Jona, too, took to social media to call out the barangay’s revised poster, echoing Abellana’s sentiments as she pointed out that their message was wrong for being too negative.

In the revised poster, “Doghang” was removed from the operation’s name to read: “Oplan Kontra Iresponsableng Pag-Aalaga ng Hayop.”

Despite the revision, however, Jona still found the message of the poster problematic. Jona addressed the barangay captain in her post, wishing that they promoted responsible pet ownership instead of treating animals as an inconvenience.

Jona gave some concrete measures that the barangay can do instead, saying they should focus on education and free services such as vaccination and neutering.

Jona also hoped that should there be no other way, the barangay should give the animals comfortable containment, “Yung hindi po sila nagsisiksikan sa isang kulungan, hindi nakababad sa init at ulan at merong silang maayos at malinis na pagkain at tubig na nakaabang…”

Jona cited her own experience in her barangay in Bagong Silangan, Quezon City, where the animals were all cramped inside their cages. She shared that they’ve called the barangay’s attention many times, but still, no change has come.

Lastly, Jona hoped that Cando and the other barangay officials would take animal negligence and maltreatment seriously and be were aware of the amended Animal Welfare Act (RA No. 10631/8485).