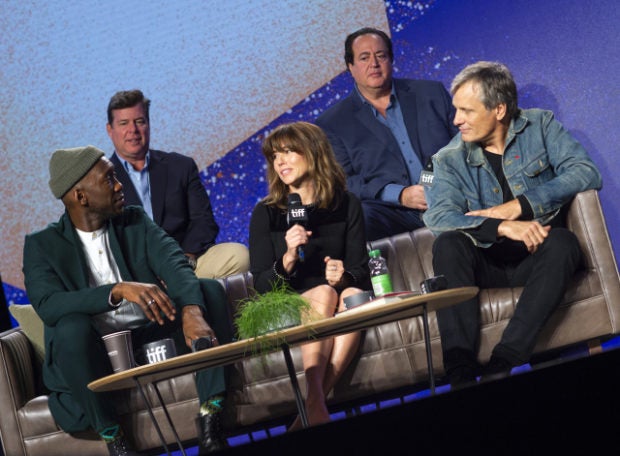 The film follows a working-class Italian-American bouncer who takes a job chauffeuring an African-American classical pianist through the US South in the 1960s, because it is too dangerous for him to travel alone.

“I’m still reeling from the response to the film (in Toronto) so this is incredible,” Farrelly, who is best known for comedies “Dumb and Dumber” and “There’s Something About Mary”, said in a statement.

“This win is beyond my wildest dreams,” he said.

The film beat out Alfonso Cuaron “Roma” (second runner up) and Barry Jenkins’s “If Beale Street Could Talk” (first runner up) for the festival’s top prize.

Based on a true story, the film tells of Don Shirley (Ali), the well-dressed son of Jamaican immigrants who carries himself with the confidence of a prince, and speaks perfect English but is, according to a write-up by festival organizers, “not built for the brutal bigotry of his time.”

So he hires street-fighting, loud-mouthed Tony “Lip” Vallelonga (Mortensen) to accompany him on his journey, guided by the Negro Motorist Green Book to safe hotels and restaurants in the segregated South.

While delving into the heavy topic of US race relations, the film uses levity to dispel the foundations of prejudice and discrimination, as the traveling pair learn that people — black or white — aren’t so different from each other.

Next up: the Oscars

The Toronto film festival is the biggest in North America and has traditionally been a key event for Oscar-conscious studios and distributors, as it is attended by a sizable contingent of media.

Given out since 1978 and based entirely on audience votes, its People’s Choice Award is a bellwether for the Academy Awards.

Seven past winners went on to win an Oscar for best picture: “Chariots of Fire”, “American Beauty”, “Slumdog Millionaire”, “The King’s Speech”, “Argo”, “12 Years a Slave” and “Spotlight”. Nearly a dozen more were nominated in the top category.

In contrast, Cannes’ coveted Palme d’Or has been an indicator of Oscar success only once in 1955 for “Marty” starring Ernest Borgnine.

The performances of Nicole Kidman in “Destroyer”, Steve Carell and Timothee Chalamet in “Beautiful Boy” and Robert Redford’s swan song in “The Old Man and the Gun” have also been much talked about.