Saab Magalona urges fans not to pit babies against one another: 'They are all cute' | Inquirer Entertainment

Saab Magalona urges fans not to pit babies against one another: ‘They are all cute’ 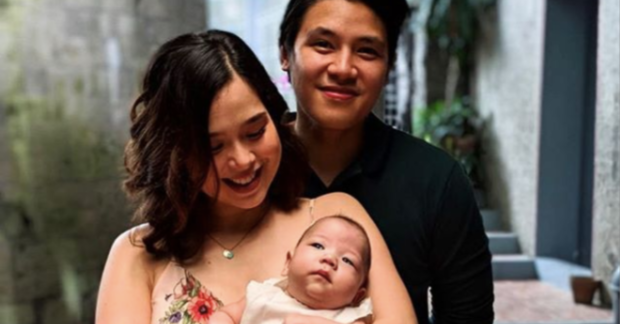 It’s only natural for parents to dote on their children. Often enough, parents take to social media to share adorable pictures of their babies—an act nothing new to celebrities, too, whose professions compel them to live their lives under the glaring spotlight.

It can’t be helped, however, that due to the number of celebrity babies on the scene, some fans and admirers alike would compare one baby with another.

Saab Magalona recently took to social media to address this. In her tweet Saturday, Sept. 15, Magalona told her fans that she appreciates their love for her son, baby Pancho, but urged them not to pit “babies against other babies.”

“Super appreciate the love for Pancho but please do not pit babies against other babies!” Magalona wrote. “They are all cute and not everything is a competition. Thank you!!”

Super appreciate the love for Pancho but please do not pit babies against other babies! They are all cute and not everything is a competition 💕 Thank you!!

Her tweet garnered around 2,000 likes, seemingly echoing the sentiments of her fans who thought the same.

Magalona gave birth to baby Pancho and his twin sister, Luna, last February. Luna, however, didn’t make it, while Pancho had to recover in the Neonatal Intensive Care Unit for over a month.

Last Sept. 15, Magalona shared a picture of her and baby Pancho to wish everyone safety during the typhoon.