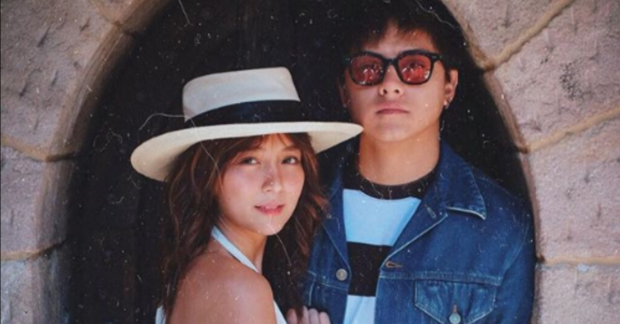 KathNiel fans are known for their unwavering support for the couple, and are always on the lookout to defend their idols from naysayers. It was no surprise then that the fandom criticized Gana for describing the girlfriend of the unnamed guy she likes as “demonic.”

“So my crush called me baby again… but not the endearment, he called me baby,” Gana allegedly wrote on the Twitter fan account, athena (@kvmagic), which she is said to own, last Wednesday, Sept. 12. The said account is now set in private and the name “athena” was changed to “Jeon Jeongguk,” as of this writing. “A baby. He said I couldn’t drink and get baked because I’m still a baby. I know I’ve been friend-zoned since I was 16 but now I’m baby-zoned.”

“It’s fine I’m used to it. I’ve liked him forever but we’re such good friends that I wouldn’t wanna ruin it. I never acted on my feelings,” she continued expressing her feelings on separate Tweets. “It really does. And what makes it weird is that he has a demonic girlfriend that we all hate, he doesn’t deserve.”

While Gana did not identify the guy and his girlfriend, KathNiel fans concluded that she was talking about Padilla and Bernardo. They uploaded screengrabs of Gana’s supposed tweet.

They also shared a “receipt” to prove it was Gana who was behind the Tweets — a screengrab of the said Twitter account posting photos of “herself.”

“The audacity of Athena Gana tho Kath literally befriended her and she ruined their friendship [because] matagal na siyang may (for so long she has a) [hidden desire] hd for her man and now she called Kath a demonic girlfriend,” one Twitter user @demonicath commented. “Geezus you know this already [because] ito lagi alibi mo (this is always your alibi) but I’m saying it any way you are just a friend.”

the audacity of athena gana tho

you are just a friend

“Let it go @athenagana if may natitira pang kabaitan sa puso mo (there is an ounce of goodness left in your heart),” another KathNiel fan, Dee‏ (@011011000D), commented. “If you don’t care about your former friend, at least have some decency and respect for [your] childhood friend. Open your heart and see how much these two love each other. Wag sayangin ang future mo (Don’t waste your future). Kakahiya (Embarrassing). Save yourself.”

Let it go @athenagana if may natitira pang kabaitan sa puso mo. If you don’t care about your former friend, at least have some decency & respect for you childhood friend. Open your heart & see how much these two love each other. Wag sayangin ang future mo. Kakahiya. Save urself. https://t.co/3vPoz1x0Sd

Padilla, Bernardo and Gana have yet to comment or issue official statements on the matter, as of this writing.

Daniel Padilla admits going on a break from Kathryn Bernardo