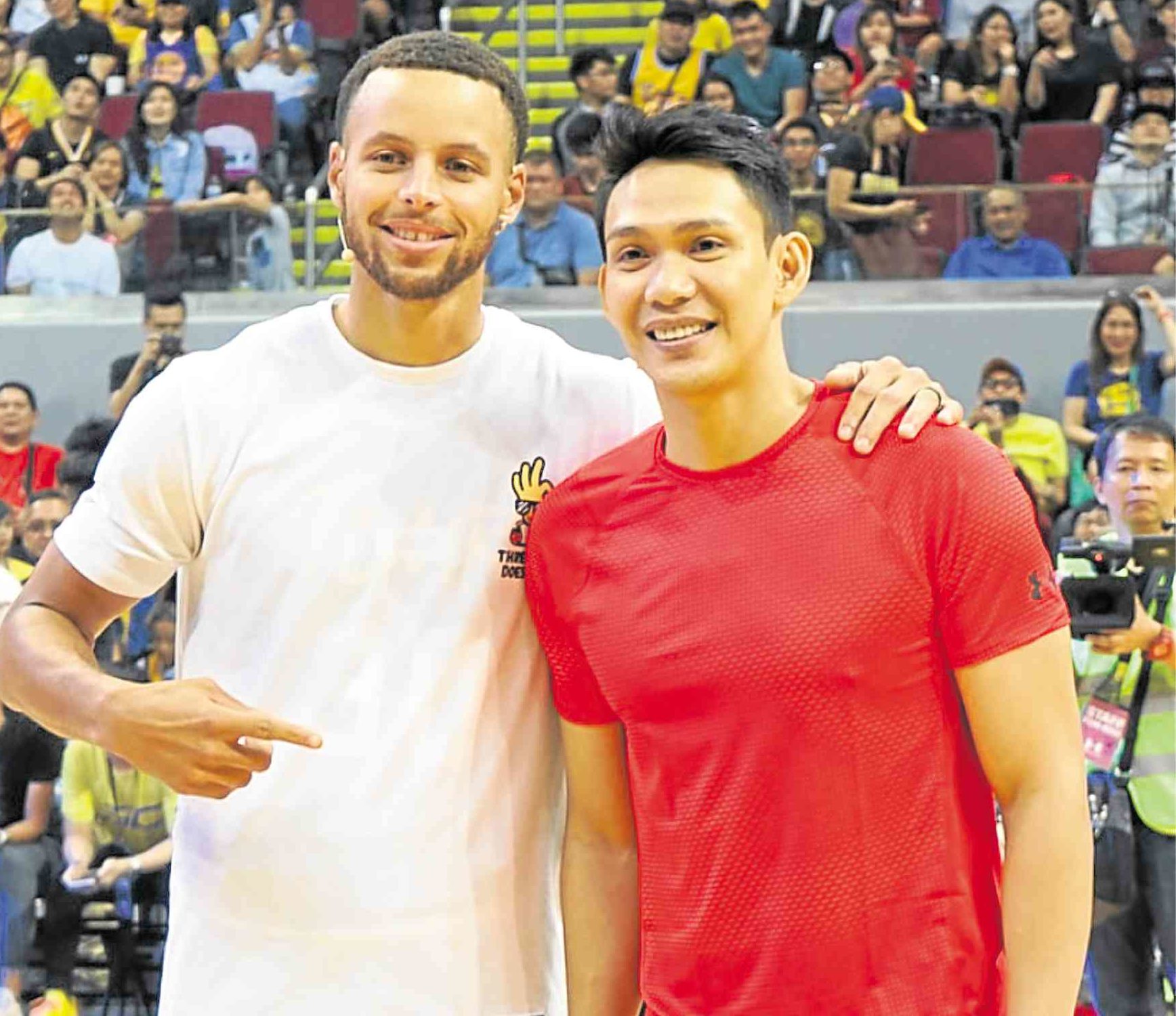 “It was a dream come true for me and my coplayers,” gushed PJ. “I can’t believe I beat Steph in the obstacle challenge. When he congratulated me, it felt like I won a PBA championship!”

But, over and beyond Stephen’s basketball wizardry, it’s his personal relationship with God that struck PJ.

“A professional cager of his stature can easily be blinded by fame and fortune,” he pointed out. “But, he doesn’t let that happen because his focus is on his faith. He serves as a good example to all of us players not to forget the Lord, who blessed us with our talent to play basketball.”

PJ also shared that the basketball superstar’s rubber shoes have his fave bible verse printed on them. He enthused, “What better way to honor the real Superstar up above?”

Julia Barretto’s  dream house is almost done. It’s just a stone’s throw away from her mom Marjorie’s place. They are a tightly knit family. So even if Julia already wants to live independently, she still wants to come home to her mom and sisters every now and then.

No matter how famous celebs become, they still need “mothering” when the show biz circus wears them out.

Since almost everyone knows that Cesar Montano is my best friend, people have been badgering me about the child support issue that his ex-wife, Sunshine Cruz, has been yakking about.

Although BFF Buboy (Cesar’s nickname) opened up to me, I’m not at liberty to divulge what we talked about. Suffice it to say that I have personally witnessed how generous and kind Buboy is to his friends’ kids, so what more to his own children?

I became an instant fan of Daniel Padilla and Kathryn Bernardo after watching their blockbuster movie, “The Hows of Us.” The KathNiel tandem nailed it in all aspects seamlessly. They have metamorphosed into a formidable duo. Less schmaltz, more oomph.

Read Next
How Danny Rand finds his purpose in ‘Iron Fist’s’ latest season
EDITORS' PICK
EuroMillions Superdraw: A lottery draw unlike any other is coming to the Philippines
Smart releases Hyun Bin’s second TVC
Water remains our saving grace right now
‘Justice will be done,’ Duterte assures as he vowed probe on Jolo incident to bare ‘truth’
DOLE: Return of OFWs’ remains from Saudi to be ‘delayed,’ deadline moved to ‘early next week’
Current dominant strain of COVID-19 more infectious than original—study
MOST READ
BREAKING: Duterte signs anti-terror bill into law
Locsin warns of ‘severest response’ if China’s army drills in SCS ‘spill over’ to PH domain
Duterte tells military: No other president looked at you the way I did
‘Very timely, historic’: Senators laud passage of anti-terror bill despite ‘pressures’
Don't miss out on the latest news and information.