Indian star Abhishek Bachchan on a victory for gay rights 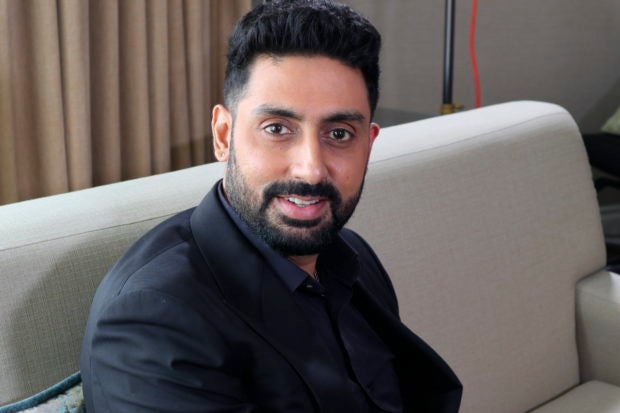 This Sept. 11, 2018 photo shows Bollywood actor Abhishek Bachchan during the Toronto Film Festival in Toronto, Canada. Bachchan is cheering India’s decision to strike down a ban on consensual gay sex, calling it “a wonderful step in the right direction.” India’s Supreme Court last week reversed a colonial-era law that made gay sex punishable by up to 10 years in prison, a landmark victory for gay rights that one judge said would “pave the way for a better future.” Image: AP/John Carucci

TORONTO (AP) — Bollywood star Abhishek Bachchan is cheering India’s decision to strike down a ban on consensual gay sex, calling it “a wonderful step in the right direction.”

India’s Supreme Court last week reversed a colonial-era law that made gay sex punishable by up to 10 years in prison, a landmark victory for gay rights that one judge said would “pave the way for a better future.”

Bachchan, at the Toronto Film Festival, agreed: “It shows the kind of progression that is happening in India, especially from the mindset of the youth,” he said Tuesday.

While Bachchan said some Indian films have dealt with the issue of homosexuality, Indian cinema is generally not political.

FEATURED STORIES
ENTERTAINMENT
Vice Ganda gets called out for ‘unfair treatment’ of ‘It’s Showtime’ co-host Karylle
ENTERTAINMENT
Kris Aquino gets ‘renewed confidence’ after consultation with new doctor: ‘I have a strong chance of getting better’
ENTERTAINMENT
Pokwang admits she lied about cause of split with Lee O’Brian: ‘Umasa akong aayusin pa niya’

“Indian cinema, by and large, is very escapist by nature. You go in to a film, you want a laugh and a cry. You want to fall in love. You want to hate. You want to see some action,” he said. “I think the function of Indian cinema is to come in forget your worries for three hours.”

“I think it’s a wonderful bridge between quintessential Indian cinema with its usual tropes, and a cinema that is also coming out of India, which is more accessible and understandable,” he said. “I liked the fact that it’s a marriage of two worlds — Anurag’s more contemporary world with a very Indian backbone to the story.”

Bachchan is happy that Indian cinema continues to grow outside the country and has made Indian characters more accessible. But sometimes the characters become negative stereotypes. One example, is Apu, the convenience store owner on Fox television series, “The Simpsons”. The character has come under fire as racist and stereotypical.

Bachchan, who attended college in America and who has long watched “The Simpsons”, thinks the backlash may be going too far.

“I don’t make too much of a deal of it. I think somewhere we’re getting a bit too highly sensitive about everything,” he said. “Let’s not do something outwardly to offend a particular community. But look — it’s ‘The Simpsons’, OK? It’s not life changing. You have to learn to laugh at yourself a bit.”

Bachchan, the son of Indian actors who is married to actress Aishwarya Rai, has been called the Brad Pitt of India, something he finds “embarrassing.”

“He’s a wonderful actor, somebody, you know, we’ve all grown up admiring,” Bachchan said before laughing. “Sorry, Mr. Pitt”.

“Manmarziyaan” opens Sept. 14 in theaters in the U.S., India, and Australia. CC