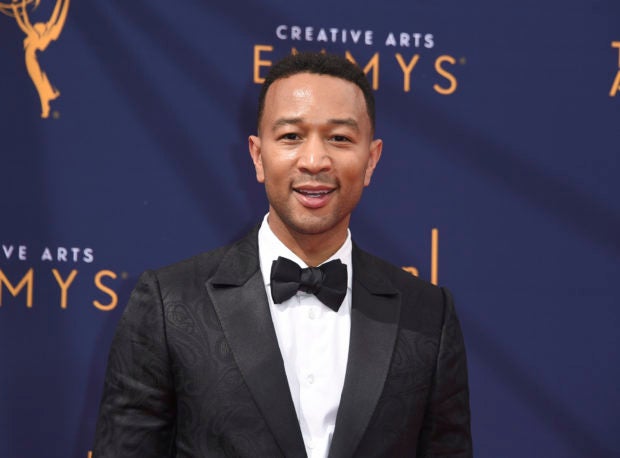 In this Sept. 9, 2018 file photo, John Legend arrives at the Creative Arts Emmy Awards in Los Angeles. Legend will become a coach on NBC’s “The Voice”. Image: Invision/Richard Shotwell via AP

LOS ANGELES (AP) — Fresh off an Emmy Award win, John Legend is sticking with television and becoming a coach on NBC’s “The Voice”.

Legend won an Emmy on Saturday as a producer of NBC’s “Jesus Christ Superstar Live in Concert”, making him an EGOT — the term for someone who’s won an Emmy, Grammy, Oscar and Tony award, a rare occurrence.

The 39-year-old has another shot at an Emmy on Monday. He’s nominated for best actor in a limited series or movie for “Jesus Christ Superstar”. CC