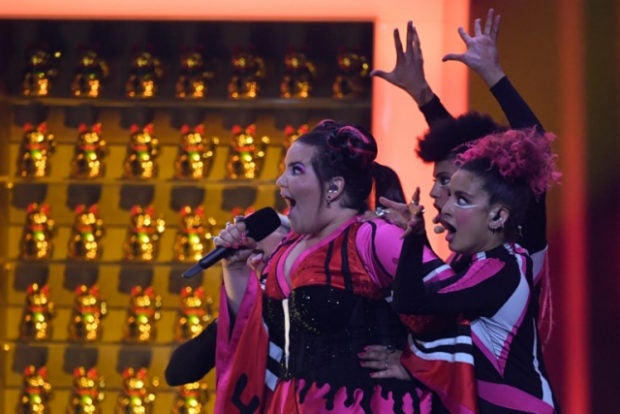 Tel Aviv will host the Eurovision Song Contest for the first time next year, beating out bids by Jerusalem and Eilat, the European Broadcasting Union (EBU) said Thursday.

Israel earned the right to host next year’s Eurovision in May when Israeli singer Netta Barzilai won the 2018 contest in Lisbon with a song inspired by the #MeToo movement against sexual harassment.

EBU said the decision to chose Tel Aviv was taken by the contest board, which had asked Israeli public broadcaster KAN to present at least two potential candidate cities for the annual competition.

“All the bids were exemplary but in the end we decided that Tel Aviv provides the best overall setup for the world’s largest live music event,” EBU chief Jon Ola Sand said in a statement.

“We are excited to bring the Contest to a brand new city and are looking forward to working together with KAN to make 2019’s Eurovision Song Contest the most spectacular one yet.”

The country previously hosted the contest in Jerusalem in 1979 and 1999, but this time, EBU said Tel Aviv won out after presenting “a very creative and compelling bid.”

EBU said the competition would be held at Expo Tel Aviv, with the semi-finals set to be held on May 14 and 16 and the grand finale on May 18.

A financial dispute between KAN and the Israeli government had threatened to derail the plans to hold next year’s event in Israel at all, but that issue was resolved last month.

Another possible obstacle to the show could meanwhile come in the form of pressure on participants from the global Boycott, Divestment and Sanctions movement against Israel over its occupation of Palestinian territory.

There have also been concerns that ultra-Orthodox Jews may protest against violations of the Jewish Sabbath, preventing the event taking place on Saturday. CC