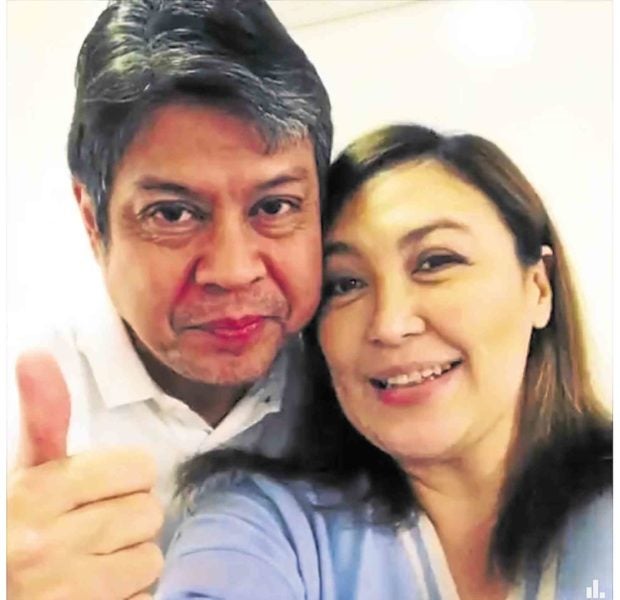 We always look forward to our occasional “dates” with Sharon Cuneta because she consistently makes them worth the trip, never a chore.

And while we do talk about potentially combustible issues, like her and Sen. Francis “Kiko” Pangilinan’s conflicting political affiliations, her explanations never sound like grandstanding excuses or score-settling, basher-denigrating muckraking.

Sharon is so “quotable,” sometimes to the point of being polarizing, that any article written about her is a clickbait—she doesn’t give safe, bland answers.

“I don’t like people making up stories about me, so I’d rather talk about the issues myself,” Sharon explained. “I say how I see things. I’m terribly honest and upfront. In fact, I tell my husband not to watch certain interviews, because what I say might hurt him.”

With its two directors (Rowell Santiago and Paolo Valenciano), three musical directors (Ryan Cayabyab, Louie Ocampo and Mel Villena), iconic guests (Basil Valdez, Martin Nievera, Gary Valenciano and Richard Gomez) and a musical extravaganza that attempts to condense Sharon’s accomplishments as the country’s Megastar, the show is a momentous milestone by any standard.

But, Sharon wouldn’t be the irrepressible star we know if she merely waxed nostalgic about her glory days as a teenage hitmaker singing “Mr. DJ,” “Init sa Magdamag” or “To Love Again,” or as a movie queen-on-the-rise in crowd-pleasing films like “Dear Heart,” “Bituing Walang Ningning,” “Dapat Ka Bang Mahalin” and “Madrasta.”

Then, there’s the perpetual “elephant in the room,” Gabby Concepcion. For this article, though, we’ve run out of excuses to talk about Sharon’s controversial first husband and the much-discussed reunion movie that was never meant to be.

But, Sharon is more than thrilled to talk about “Hanggang Dulo,” the “Ikaw”-channeling ballad that Kiko Salazar composed for her 10-track, all-original latest album, which would include three of her own compositions. 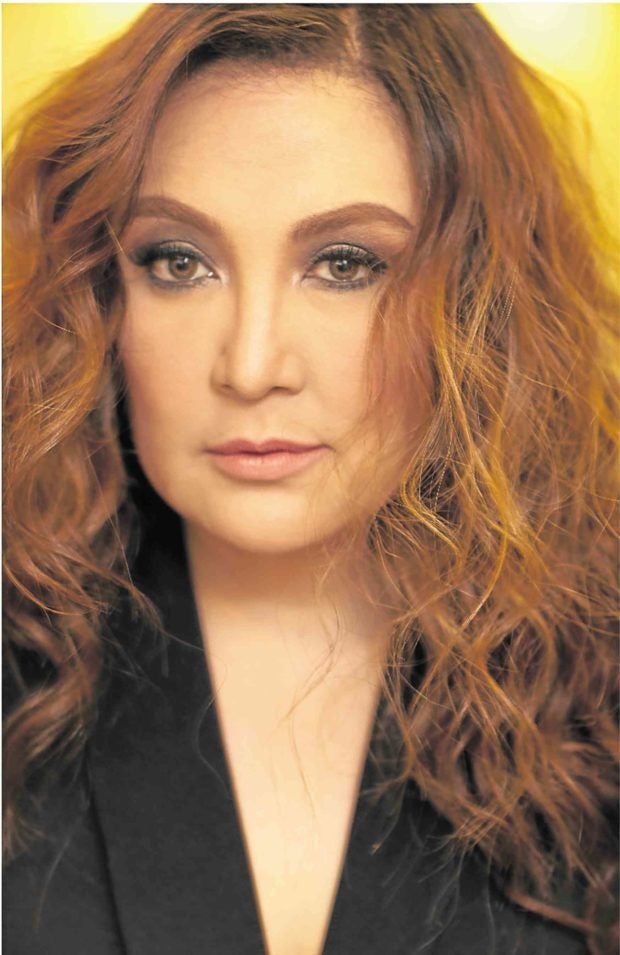 Another source of excitement is the Megastar’s big-screen follow-up to “Ang Pamilyang Hindi Lumuluha” and “Unexpectedly Yours,” with former boyfriend Robin Padilla. Sharon’s latest film reunites her with another former squeeze, Richard Gomez.

“I did six movies with Richard, but we never did a movie when we were actually together in real life,” she disclosed, laughing. “Richard courted me after our second film (‘Kahit Wala Ka Na’). He didn’t want people to think that he was just using me, so Richard, who was in Australia at the time, called me during the premiere night of ‘Babangon Ako’t Dudurugin Kita,’ and asked, ‘Can I call you when I get home?’ And I said, ‘OK.’”

Sharon laughed when we mentioned former teen star JC Bonnin’s revelation, in a recent article written by Inquirer Entertainment’s Bayani San Diego Jr., that he fell in love with the actress while they were shooting “Cross My Heart.”

“JC was only 14 when he professed his love for me (laughs),” she recalled. “But, Rowell (Santiago) was my boyfriend then. I remember writing to JC, saying that I was two years older than he was. It’s ironic because, later, I almost became engaged to Robin (Padilla), who’s four years younger—and it didn’t matter to me then (laughs)!”

The interview turned more serious when we asked Sharon if she thought superstardom could make an actress more cynical and less trusting of people.

She mused, “Thank you for asking that. I’ve been betrayed before, sometimes by the very people I’ve trusted the most. But, you  have to go beyond that to avoid becoming bitter. After all, there’s so much more in my life that I have to be thankful for. I can’t allow a couple of rotten eggs to ruin my happiness.

“So, I’ve probably become cynical to an extent that’s manageable. I’m just being careful, but I don’t want to stop making new friends, because you never know if one of them could be a diamond you’re just overlooking. Finding a real friend is worth the risk. I’d rather have quality over quantity.”

How tense does it get when there are differences in opinions in shows like “Your Face Sounds Familiar” or “The Voice”? Doesn’t their pikunan get in the way of objectivity?

“From the very beginning, there has never been any tense moment in ‘YFSF’—it’s pure fun,” Sharon replied. “I’ve only been with ‘The Voice’ for two whole seasons. It’s more serious there because the stakes are higher for the kids we mentor.

“But, kahit nagkakapikunan kami on air, when it goes to commercial, we just high-five [the tension] away—like what happened to Bamboo and me in the beginning, then with Lea [Salonga] later. We’ve always had a healthy amount of respect for one another, so it never gets personal.”

Asked if her and Kiko’s different political “colors” ever created conflict at home, Sharon enthused, “Our situation reminds me of the union of Arnold Schwarzenegger (a Republican) and Maria Shriver of the Kennedys (Democrats). I always make a joke out of it and say, ‘Nobody’s perfect (laughs)!’

“Seriously, I grew up very sheltered. I’ve always been very apolitical, and I’ve carried that up to now. Kiko will be the first one to tell you that friendship matters to me more than politics. But, my father was always identified with the Marcoses.

“Ferdinand Marcos became President the year I was born (1966), so when People Power happened, I was 20 and a new mother. I was clueless [about everything else that was happening in the country], because I knew the Marcoses on a personal level. When he decided to run again for President, I and the other singers from Vicor [Records] would hang out in Malacañang—so the very first disco that I ever saw in my life was in it (laughs)!

“Kiko and I respect each other’s differences and beliefs. It’s like living with your family—you don’t have to necessarily agree with everything they do, but you love them, anyway. Our relationship goes above and beyond everything else.”