LOOK: Another teaser out for upcoming drama ‘The Third Charm’ 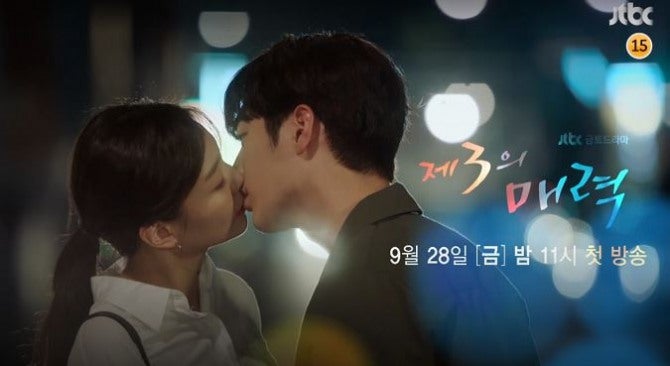 JTBC is all set to roll out its newest series, “The Third Charm”.

The cable channel released another teaser video of the drama, starring actors Seo Kang-joon and Esom. The series centers on the 12-year love story of two individuals who first met in an unexpected blind date when they were both freshmen.

The romantic drama is directed by Pyo Min-soo and written by Park Hee-won and Park Eun-young. Pyo previously directed the hit KBS series “The Producers”, which aired in 2015, K-Pop Herald reports.

It is the first time for Seo and Esom to be together for the lead roles. Seo started his career as a supporting actor in 2012. He gained popularity with his role as Baek In-ho in the tvN adaptation of a popular webtoon, “Cheese in the Trap”, and has since been featured in TV dramas and reality shows. His latest drama is “Are You Human?” where he played the role of a third generation heir who falls into a coma and later recreated as an android.

Esom debuted as a model in 2008 after winning the Mnet model program “Check it Girl”. She gained recognition through her lead role in the film “Scarlet Innocence”, and has since starred in many Korean films and dramas. Her latest work is “Because This Is My First Life” where she played a character who was conflicted about the real meaning of love and independence.

The first episode of “The Third Charm” is to air on Sept. 28 after “My ID is Gangnam Beauty” wraps up. JB