Bradley Cooper: An ace director is born in ‘A Star Is Born’ 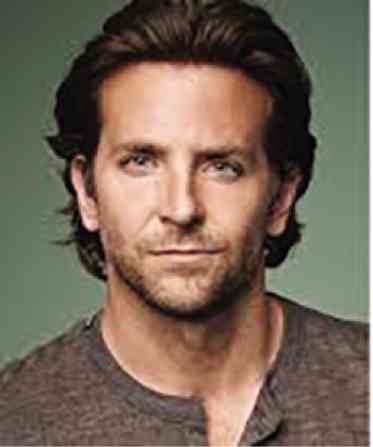 LOS ANGELES—In “A Star Is Born,” not only does director Bradley Cooper give a totally fresh, mesmerizing treatment to an old Hollywood tale that’s been done three times before. He also turns in a totally captivating, heartfelt performance as bad boy country-rock artist Jackson “Jack” Maine.

But one of Bradley’s achievements in his first directing gig is the fetching performance he drew from Lady Gaga in her feature film acting debut. Playing Ally, a pop singer-songwriter discovered by Bradley’s boozy performer, Lady Gaga is moving and engrossing to watch.

Fil-Am cinematographer Matthew Libatique adds to the film’s tremendous appeal, whether he’s capturing the spectacle and energy of huge outdoor concerts or the intimate moments between the two leads, who have great chemistry onscreen. Matthew himself does a cameo as a still photographer in a photo shoot of Ally.

Bradley relates an interesting coincidence involving Kris Kristofferson, who played the lead opposite Barbra Streisand in the 1976 remake.

Excerpts from our chat with Bradley:

What made you want to direct? And why “A Star Is Born”? It’s funny. I always thought I had like six characters inside myself. This sounds weird. Since I was a kid, I always thought that maybe I could play a musician. I’ve always loved music so much. I just love broken love stories and the reality of relationships. So I guess those were the two things.

I’ve always known that I have to direct at some point. But I knew that I could only direct something that I had a point of view about.

I wrote this with Eric Roth and Will Fetters. I’ve had such wonderful relationships with David O. Russell, Clint Eastwood and Todd Phillips—directors who allowed me to be a part of the collaborative process. Especially David who allowed me to be part of       the editing process and be able to executive produce with him.

Then Clint obviously with “American Sniper.” I was 41 (he’s 43 now) and I thought, I’ve got to do it because time is everything right now. I’m so lucky to be in a place where I could pitch something to a studio like Warner Bros. and they would really have faith in me. They were just supportive.

I’ll take the fall for this because every decision that you see in the film is mine. So whether it fails or succeeds, I have no one to blame but myself.

Can you talk about your decision to sing live? I would have been so frustrated with not feeling real. I can’t even imagine having to lip sync that now. Just the way we shot it, too.

Another reason why I wanted to do the movie was, I went to see a Metallica concert seven years ago, and I got to be onstage. I was behind the drum kit and I thought, my God, people need to see what this looks like.

Bradley Cooper directs for the first time in “A Star Is Born,” where he also costars with Lady Gaga (left).

Why did you decide on Lady Gaga? Lady Gaga was incredible and was a big part of the writing process. We interviewed her, and I took so much of her thoughts and ideas. All this is original music. We wrote the music with other great writers, and we were able to produce and arrange it. She gave me the confidence to believe in myself as a musician and find Jackson’s voice as a singer.

I don’t think she’s ever done a movie before, and she really gave me all of herself.

Was it a difficult choice to pick Lady Gaga? Because there were other names buzzed for this role, including Shakira, Beyoncé and Jennifer Lopez. I was at a cancer fundraiser, and we came to the end of it. All of a sudden, Lady Gaga came up and performed a cover of “La Vie en Rose.” I was absolutely floored.

The next day, I asked her agent if I could meet with her, because I didn’t even know what she really looked like. I had no idea who Lady Gaga was.

So I drove to her house the next day and I still remember—she came down the stairs, and she looked like Lady Gaga.

But, I never got to see her eyes. We sat down and her eyes were so beautiful. I just love eyes. She was so open, and we connected right away.

I don’t know what got me to do this, but I said within five minutes, “Hey, it won’t ever work unless we could sing together. Do you know this folk song, ‘Midnight Special’?” She was like, “No.” I went, “Let’s just sing it at the piano.” She had a piano in her living room. We sang together, and it was this magical thing.

I went to Warner Bros. and I said, “There’s no question, it’s got to be Lady Gaga.”

You were struck by Lady Gaga’s eyes and voice. What else did you discover about her? Oh, everything. She’s an incredible human being, completely open, highly intelligent, touched by God with her voice. She’s such a better singer than I have ever even realized. I do believe she’s one of the great voices of many years.

But, she’s  so relatable. I just love her. We have a similar background, Italian. Her name’s Stefani Germanotta. I call her Stefani. We had an incredible chemistry.

But was Lady Gaga the impetus for this project? No, the impetus was the love story. That (casting Lady Gaga) was just a miracle that happened.

Did you have any reservations about making a remake, especially a movie like “A Star Is Born,” which has been done three times before? I had no reservations at all… I had no choice, honestly, because I just knew it deep down.

Is this movie your own observation about the good and bad sides of celebrity? No, the movie is not about that. It’s really a love story.

How cool was it to play at Coachella? Coachella was wonderful. We made a great deal with them because we had access to the whole grounds, on the two weekends in between, so we had five days to shoot.

But actually, the live stages that we jumped on were at Stagecoach (Festival in Indio, California). The opening of the movie, which we shot in eight minutes, was in between the sets of Jamey Johnson and Willie Nelson. Willie gave us eight minutes of his set.

But, the greatest moment in that regard was, I’m a huge fan of the Glastonbury Festival (in Somerset, England). I go every year. T. Rex was the first headliner. I got to know them over the years. To me, it’s a seminal place for musicians to go to play at the Pyramid Stage in front of 80,000 people.

I always had this dream that Jackson performs there. They allowed us to shoot and perform, if we were able to get minutes off of someone’s set. It just so happened Kris Kristofferson played there that summer. He was kind enough to give us … four minutes. So I went down there, and I was able to play in front of 80,000 people.

But cooler than that was afterward, I got to say, “Ladies and gentlemen, Mr. Kris Kristofferson.” Then he came out. That was beyond thrilling and never in my wildest dreams would I think that I would be on that stage, performing.

So, you got to sing in and direct a movie. Where are you right now as a person and an artist after that experience? It’s a wonderful place to be … to be able to create art and have it be seen by so many people. I’d say I’m in a grateful place.