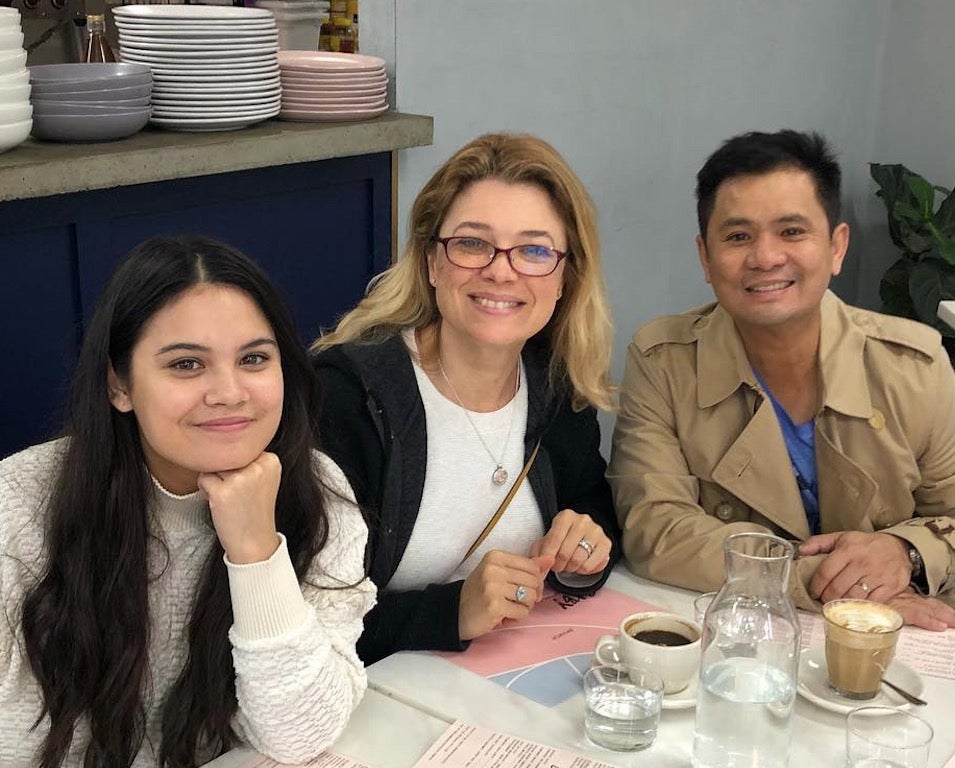 Ogie Alcasid recently flew to Australia with his daughter Leila and met up with ex-wife Michelle van Eimeren for some coffee and bonding time in Sydney.

A snapshot of the three was uploaded on Ogie’s Instagram account today, Sept 7. The singer’s younger daughter Sarah is visibly absent in the photo, which suggests only Leila and Ogie took the trip. 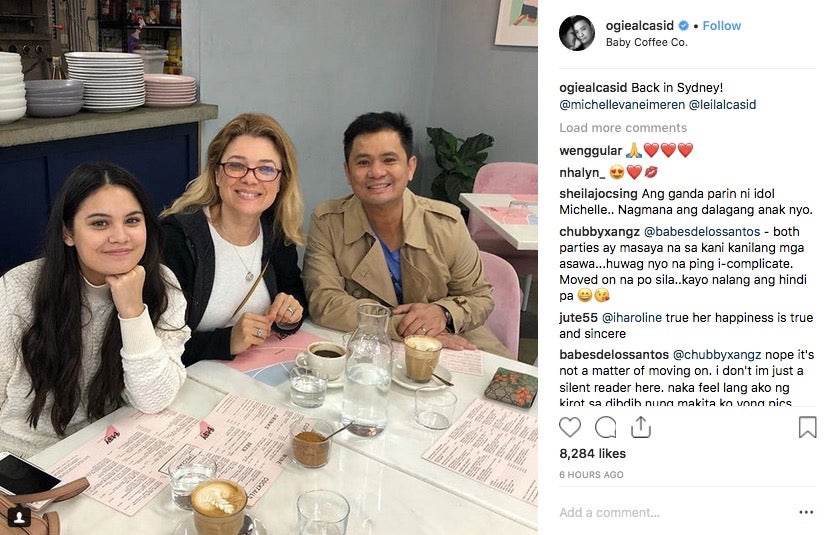 An earlier photo before Ogie and Leila got on the plane to Sydney also showed just the two of them at an airport cafe. 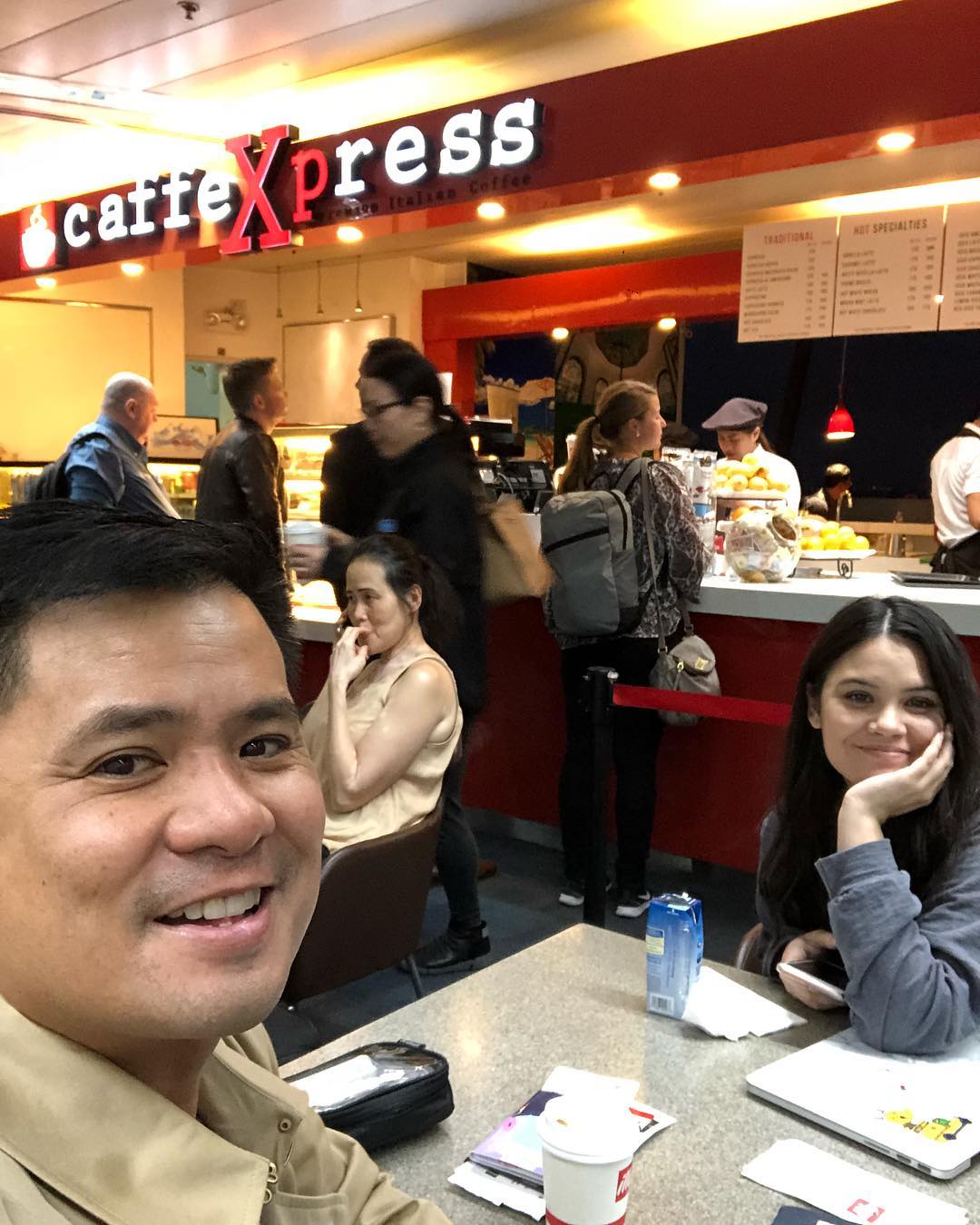 Not too long ago, Sarah joined her father and older sister Leila in show biz when she made her performance debut in Ogie’s 30th anniversary concert at the Araneta Coliseum on Aug 24.

Despite separating in 2007, Ogie maintained a good relationship with Van Eimeren even after marrying Regine Velasquez in 2010. A family photo that included Ogie’s three children, Velasquez and Van Eimeren showed how each one of them considered each other family in spite of the circumstances.  /ra 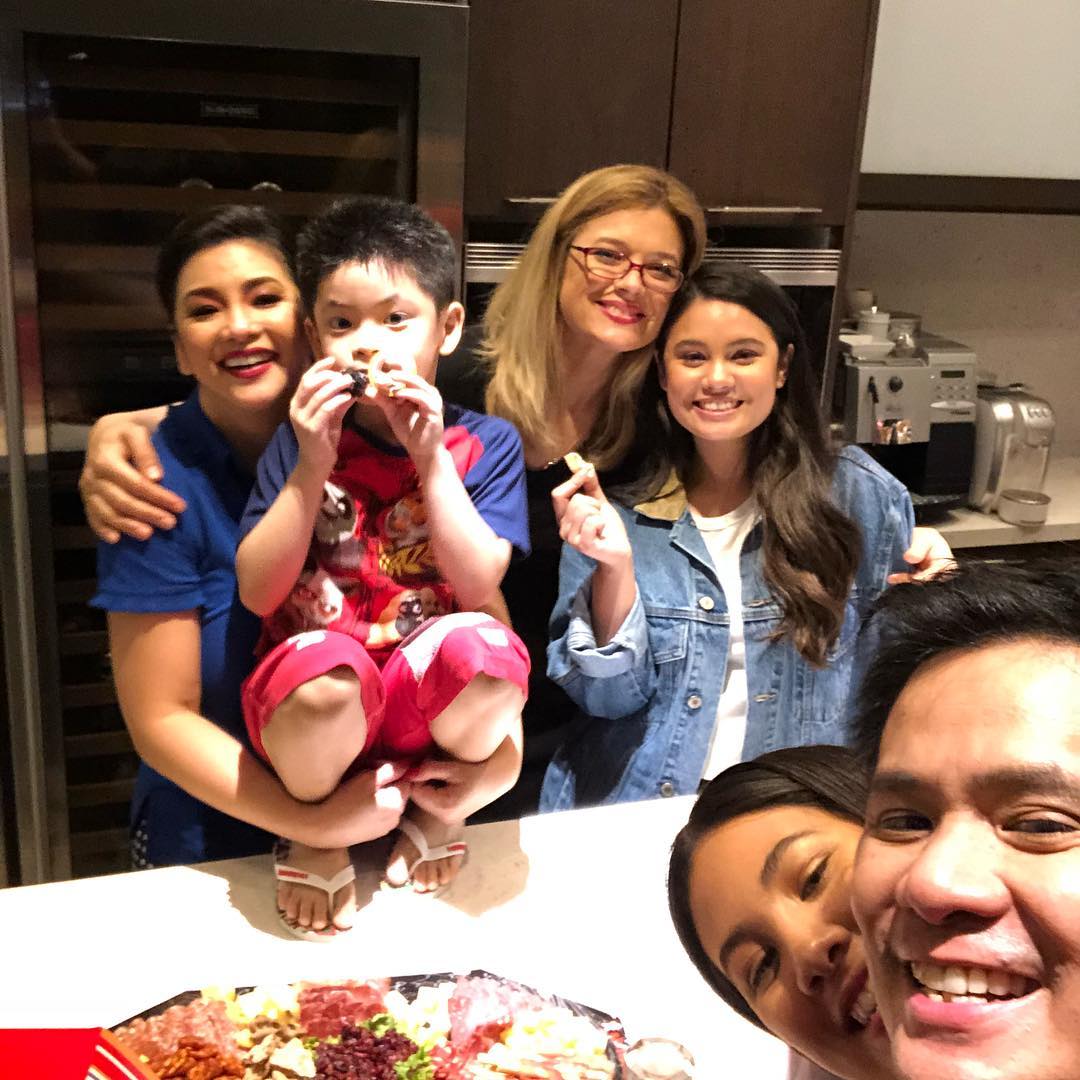