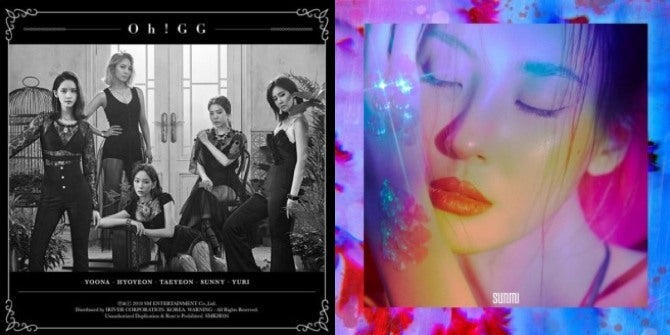 “Lil Touch” is an up-tempo tune with a catchy hook, featuring lyrics reminiscent of a tag game, K-pop Herald reports. The music video of the track has been shot as if the band is playing hide-and-seek with the camera, playing up the thrilling ambience sung in the lyrics.

Meanwhile, Sunmi’s new single “Siren” which was released the day before, showed no sign of backing off. The singer’s new single has managed to hold on to the top spot on the Melon and Naver Music charts.

The highly visual music video of the track skillfully visualized Sunmi’s artistic identity. With scenes of the singer appearing on a washing machine under the sea, the video created an illusion of a modern mermaid. It is a nod to the title “Siren”, which has a double meaning of the warning sound for emergency, as well as the dangerous creatures from Greek mythology who lured sailors to their eventual deaths with their sweet voices.

Both Girls’ Generation and Sunmi debuted in 2007, with the later as a member of JYP Entertainment’s Wonder Girls. JB