‘Mama Ogs Answers’: What will make Ogie Diaz vote for Harry Roque, and why he finds John Estrada unforgettable 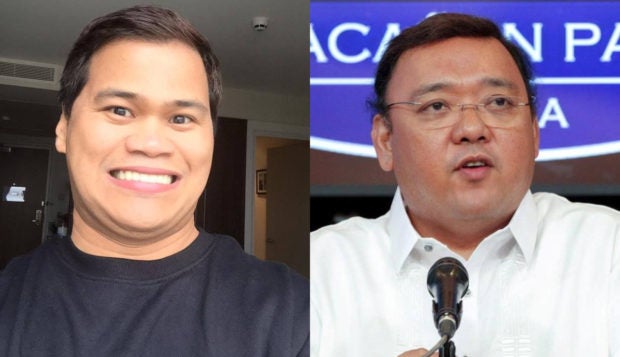 Ogie Diaz in his latest “Mama Ogs Answers” opened a can of worms with his responses to online questions about celebrities. In the second edition of his virtual Q&A, Diaz expanded the scope of the usual showbiz questions he replies to by entertaining two political questions.

The comedian went unfiltered once more in the recent installment of his “Mama Ogs Answers” yesterday, Sept. 5. From questions involving Sharon Cuneta’s gift to Vice-Ganda to his opinion of Sen. Antonio Trillanes IV’s revoked amnesty, Diaz answered with his signature witty flair.

The first question focused on whether Coco Martin will help Mystica. The “Split Queen”, whose source of income nowadays involves cooking fried chicken in Cavite, asked Martin if she could guest in his television series “Ang Probinsyano”. Diaz jokingly replied that Martin will give Mystica the role of frying chicken while doing splits. But answering seriously, he hopes Mystica’s wish will be granted by Martin soon.

(Yes. I will even support him. That is if he reverts to his old self that I miss, as a human rights advocate.)

(I hope this issue will be resolved soon. If they are going to imprison Trillanes, then imprison him, so that the people in the government will now focus on our economy.)

He defended Gretchen Barretto and Kris Aquino from people questioning the sincerity of their charity. Some are apparently wondering why the two have to upload proofs of them helping those who are in need on Instagram. Diaz said that the reason why the two do so is probably to encourage people to join them in lending a hand.

Of course, “Mama Ogs Answers” will not be complete without a naughty answer to a seemingly innocent question — “Mama Ogs, sino sa mga artista yung hindi mo makalimutan kasi binastos ka?” (Mama Ogs, who among the celebrities can’t you forget because of  having been disrespectful to you?)

Diaz revealed that such most unforgettable celebrity for him is John Estrada. He recounted that during the late 1990s, he and Estrada used to call each other “mare” (lady friend). One time, during a birthday party where there was drinking involved, a drunk Estrada stood on a chair and faced the wall. Diaz asked Estrada to not be a traitor and face him.

(Not long after, do you know what he did? My god, he faced me, and then I clearly saw it! He shook his penis. I felt like I was violated, because I was only joking, but he took it seriously. After that, it was never repeated, that’s when I felt that he already respects me.) JB