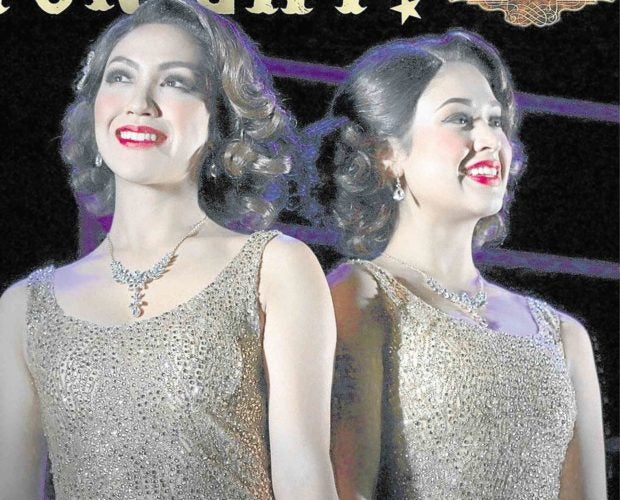 Musical tells the story of the Hilton Twins’ meteoric rise
to success.

On Friday night (with less than Armageddon-like levels of traffic, thank goodness), I headed to the RCBC Auditorium to see Atlantis Productions’ newest offering, “Side Show.”

This Tony-nominated show (with book and lyrics by Bill Russell, music by Henry Krieger and additional book material by Bill Condon) marks Steven Conde’s first time directing an Atlantis musical after serving as assistant for previous productions, Gab Pangilinan’s Atlantis debut years after being an intern at the Atlantis office, and the theater debut of Wency Cornejo.

Just in case you were wondering, this is not “The Greatest Showman.”

The centerpiece of this show is the set of conjoined twins Daisy and Violet Hilton (played by Gab and Kayla Rivera, respectively). They first appear in a carnival sideshow alongside other so-called freaks, including a dog boy, a lizard boy, a tattooed girl, a bearded lady, a three-legged man, an armless woman and an albino, put on display by a ruthless ringmaster named Sir (played by Wency).

The show is attended by talent scout Terry Connor (Markki Stroem) and his friend musician Buddy (David Ezra), who promise the twins fame and fortune if they leave the sideshow. What follows then, as inspired by the real Hilton Twins’ own life story, is a story of a meteoric rise to success accompanied by heartbreak.

Kayla is no newcomer to Atlantis, having starred as Nina Rosario in “In the Heights,” Princess Jasmine in “Aladdin” and Wednesday Addams in “The Addams Family.” She also served as the last-minute replacement as Carrie White in “Carrie” when its star, Mikkie Bradshaw, fell ill. So she is utterly talented (she is in fine voice here, as always), breathtakingly beautiful, as well as wholly reliable.

Although Gab is no stranger to musical theater, this is the first time she’s actually cast in an Atlantis production, and as one of the Hilton Twins, to boot. However, she brings plenty of attitude and sass to Daisy, impressing with a clean, clear voice, graceful dancing and great acting chops.

Daisy and Violet are as different as night and day, and the two ladies make that fact very apparent. One is shy and retiring with her head in the clouds; the other more forward and outgoing with a more realistic view of life. That Atlantis brought together these two to play these parts is beyond inspired casting, and the rest of the show revolves around them beautifully.

However, for this writer, as fun as it was to watch the show, it was even more rewarding to witness stars being born.

Since my first time watching her in “In the Heights,” I knew that Kayla was going to be a star, possessing a face and voice that demand attention, and it was wonderful having her hold the hand of Gab throughout much of the night. Both of them are stunningly beautiful, strong actors with out of this world voices and impeccable intonation. I could not take my eyes and ears off them.

In the supporting and featured cast, there is a lot of fantastic talent: Wency made for a very strong debut as the brutal alcoholic Sir, and I hope to see him in more productions in the future. Markki made for a great showing, and this might have been the best I’ve heard him. Arman Ferrer as Jake and David as Buddy are already showing fantastic vocal power. Tim Pavino as Harry Houdini has such astounding vocal range, and that entire ensemble (Ring Antonio, Juancho Escoto, Mica Fajardo, Christine Flores, Vien King, Luis Marcelo, Jill Peña, Alex Reyes and Chesko Rodriguez) sings like a dream. Kudos also to the creative and production teams (choreographer Cecile Martinez, music director Farley Asuncion, sound designer Jason Crystal, vocal director Manman Angsico, set designer Lawyn Cruz, lighting designer Jonjon Villareal, costume designer Odelon Simpao, hair and makeup designer Johann dela Fuente, prosthetics designer Bibo Reyes and projection designer GA Fallarme). You have all done beautiful work.

I’d much rather change one word in the opening song to reflect what it is you’re actually going to see. Come look at the stars, instead of the freaks. You’ll be very glad you did.

“Side Show” will run at the RCBC Carlos P. Romulo Auditorium until Sept. 23. For more information, please visit ticketworld.com.ph.