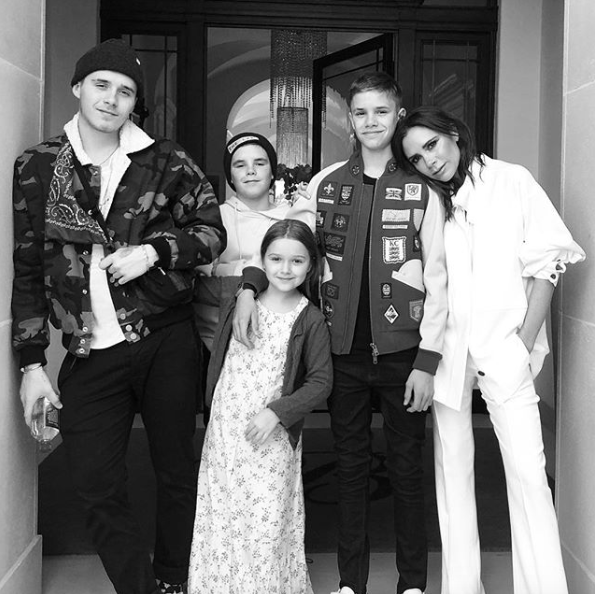 When you’ve got parents like David and Victoria Beckham, it perhaps comes with little surprise when your family pictures become a Vogue spread.

Victoria, her brood of four and their dog are on the cover of British Vogue’s October issue.

The Beckham kids, Brooklyn, 19, Romeo, 16, Cruz, 13, and Harper, 7, are all dressed in casual summer outfits in the feature which involved an outdoor photo shoot.

A second cover shows David and Victoria laying in the grass as Harper looks on from a swing.

A spread in the magazine shows the kids playing with water guns as their parents are sprawled on the grass. Meanwhile, Olive is seen hopping atop Victoria.

According to Vogue, it is the first time the Beckhams have allowed a magazine to capture pictures of all of them as a family.

The designer said on Instagram that the feature is a celebration of 10 years since she founded her eponymous fashion brand in 2008.

Known for refusing to smile in pictures, Victoria still knew how to poke fun at her fashion journey by doing a photo shoot with her Spice Girls and 1990s outfits in a parody video, posted by British Vogue yesterday, Sept. 3, on YouTube. JB