Stylish power couple David and Victoria Beckham tied the knot 18 years ago on July 4, and their entire brood celebrated it with sentimental posts on social media. 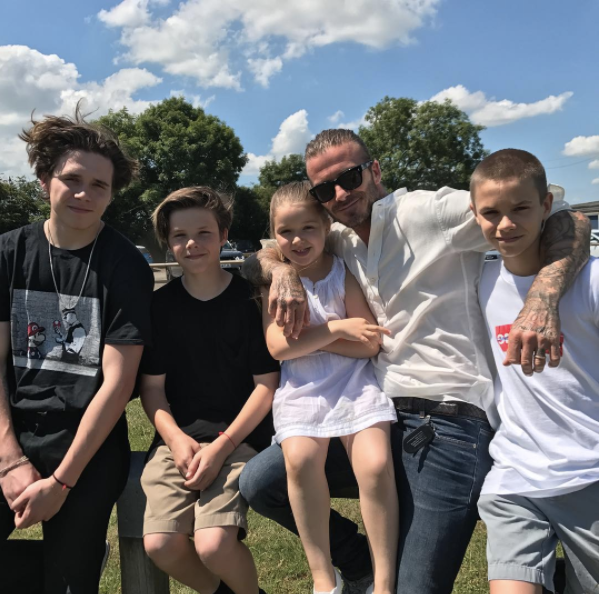 Victoria captioned their wedding photo (with a sleeping Brooklyn who was their ring bearer) with a simple “I love you”:

Romeo shared the same photo and called Posh and Becks the “best parents in the world.”

Cruz expressed his love for his parents:

Brooklyn, who recently held a photo exhibit, had a wonderfully candid shot on film of his parents:

David’s post was downright iconic as it involved an all-leather fashion statement from 1999, proof that the couple have truly been through it all:

Amidst faux pas, they have sealed their status in fashion and have posed for high-end brand Armani together.

Their wardrobe has always been a trademark of the two since they began dating in 1997, when footballer David was enamored by the then-Spice Girl Victoria.

In their nearly two decades of marriage, they have seen cheating rumors and career changes: David has consistently denied that he has had affairs, while Victoria moved on from music and found success in fashion. 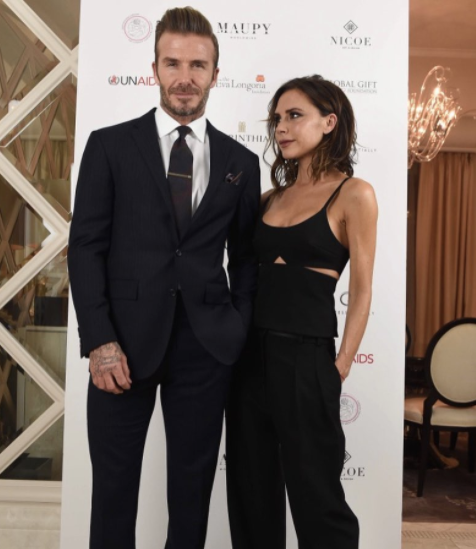 David calls Victoria “a woman that has drive, passion, intelligence and love for her children.”

On accusations that they stay together for the Beckham brand, David has said on a BBC Radio 4 interview: “Of course not. We stay together because we love each other.” Niña V. Guno/JB