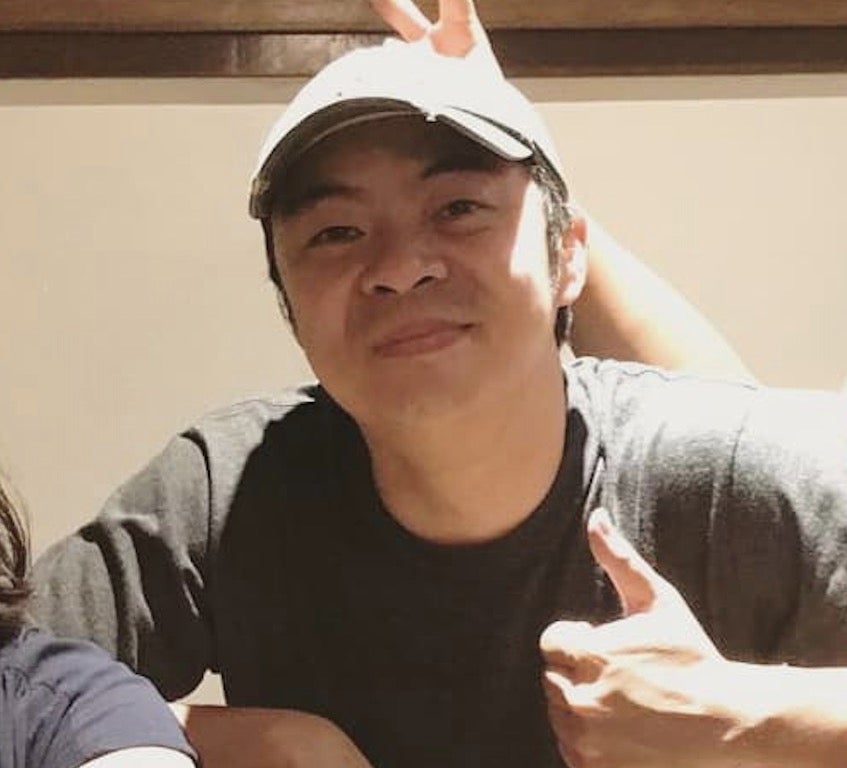 Chito Miranda couldn’t help but tear up when he met the cast of “Ang Huling El Bimbo” backstage after watching the musical.

The “Parokya ni Edgar” frontman shared a snapshot of himself wiping his tears in an Instagram post on Sunday, Sept. 2. Miranda had just seen the “Ang Huling El Bimbo” musical at Resorts World Manila.

(I felt extremely embarrassed because I couldn’t help but tear up and cry when I meet them [the cast]. They might say I was going overboard, but there’s nothing I could do. That’s just me, when I’m blown away with something.) 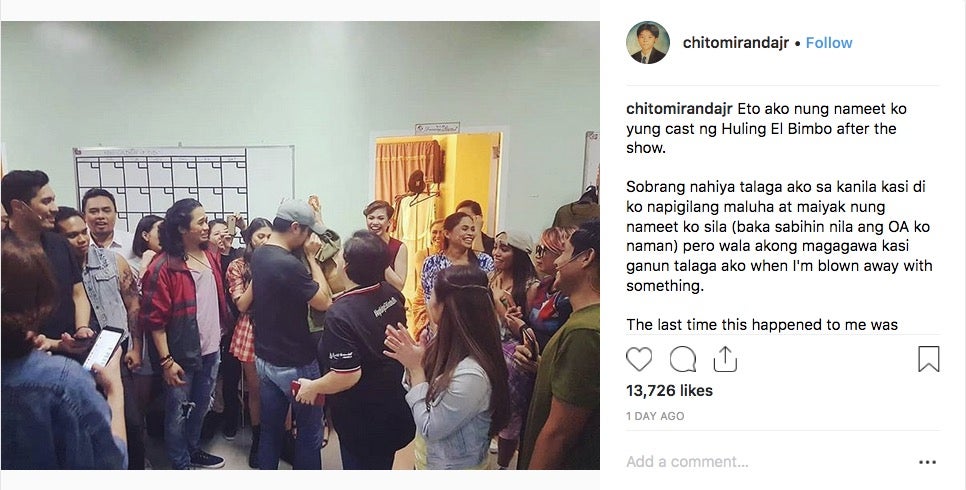 Miranda explained that what he felt while watching “Ang Huling El Bimbo” was the same as when he first saw Urbandub perform on stage, although at the time he didn’t cry, just almost.

As an Eraserheads fan, Miranda said he appreciated how the rock band’s songs were used in the musical to tell a cohesive story filled with a mix of laughter and emotion.

Miranda recalled how at one point he burst out laughing and splattered some saliva on the glass of the VIP viewing area. He tried to wipe it off out of embarrassment but scattered the spittle even more instead.

(We were asked to transfer to the front row during the intermissions, perhasps so they could clean my saliva on the glass.)

He also recalled how his wife, Neri Naig, had been crying on and off throughout the performance. At curtain call, the couple were escorted backstage to meet the cast and that’s where Miranda let out his tears in appreciation of the wonderful performance and experience. Miranda recalled, “Dun ako naiyak nung niyakap ko sila, bilang pasasalamat sa napakagandang experience.”

(That’s when I started crying when I embraced them, as a sign of thanks for the extremely wonderful experience.)