Xian Gaza: I don’t care if my girlfriend were a ‘walker’ | Inquirer Entertainment
Close
menu
search

Xian Gaza: I don’t care if my girlfriend were a ‘walker’

The self-titled CEO who was found guilty of violating the Bouncing Check law now has a woman in his life — and no, it’s not Erich Gonzales.

Now a social media publicist and digital marketing consultant, Gaza introduced his girlfriend Irish Tan on social media last July. However, a recent statement about her has given more attention to their relationship. 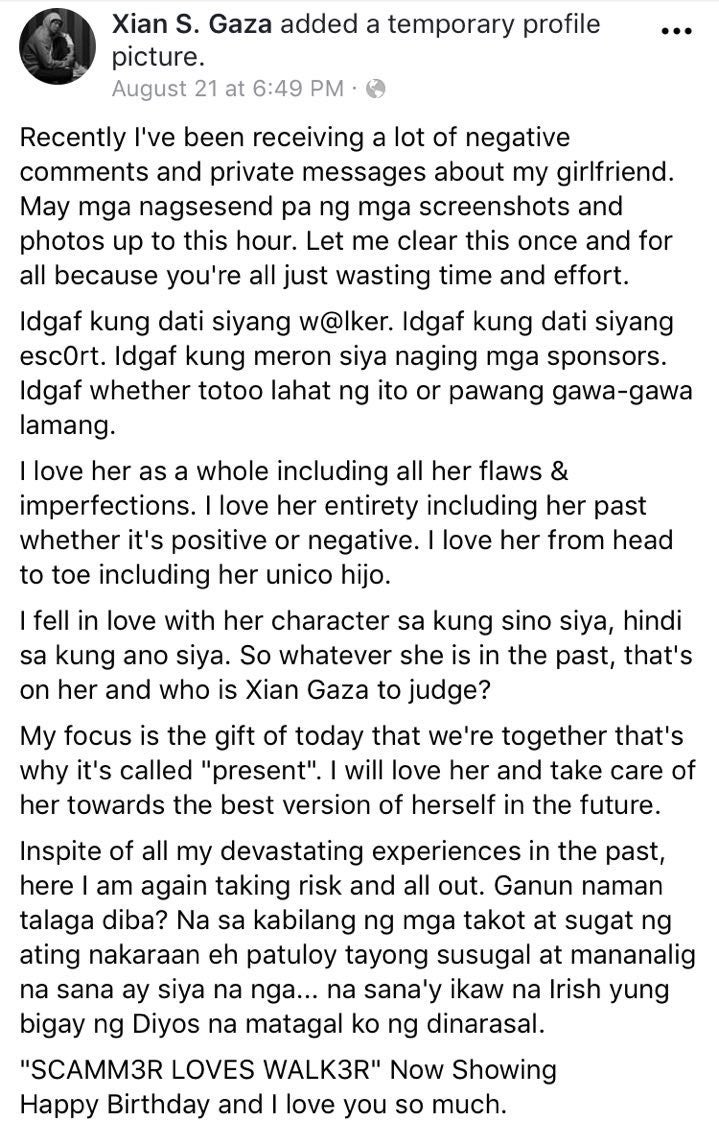 He said in a birthday greeting on Aug. 21 that he “doesn’t give a f*ck” about her work as a “walker” or escort, presumably in the sex industry. He also said he doesn’t mind if she has had sponsors — people who pay for sex.

Though she might appear to have engaged in numerous overly sexy pictorials as per her Facebook account, it’s unclear if her modeling work extends to prostitution.

The last statement would make them both parents, as Gaza too has a child from a previous relationship.

The message was accompanied by a picture where the two gaze at each other. 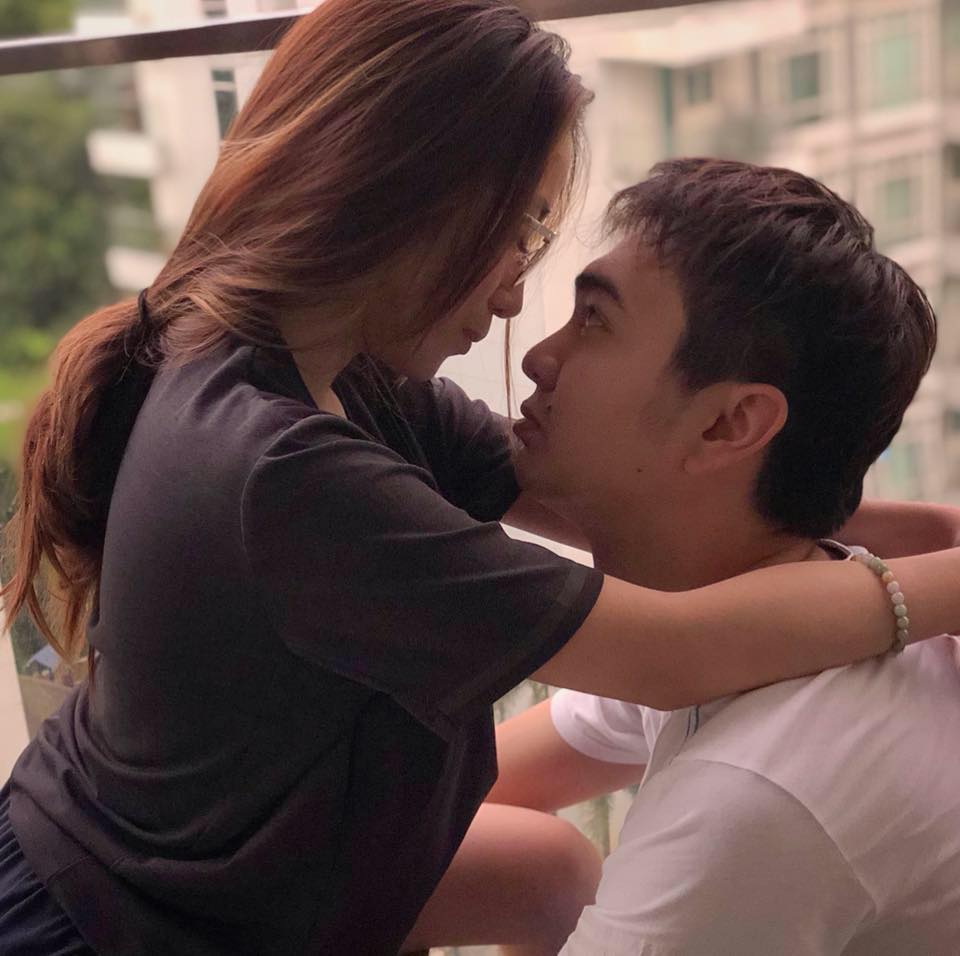 “Thank you for loving me unconditionally and accepting me thru my ups and downs. I didn’t expect that you will love me more than I expected,” she wrote, sharing pictures of the two on a trip to Baguio. 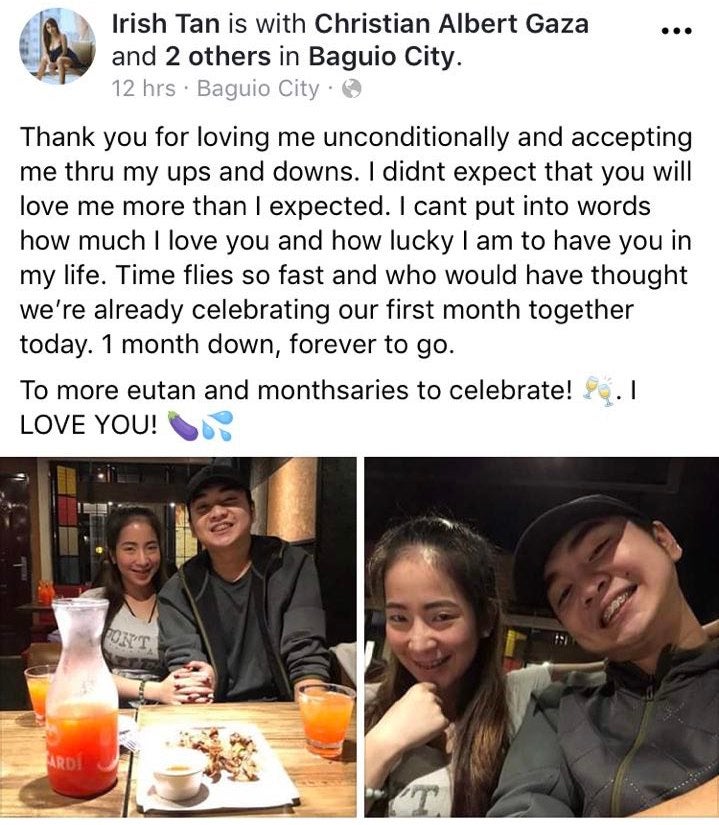 According to Gaza’s social media posts, the two began dating in late July, which was marked with a “daysary.” 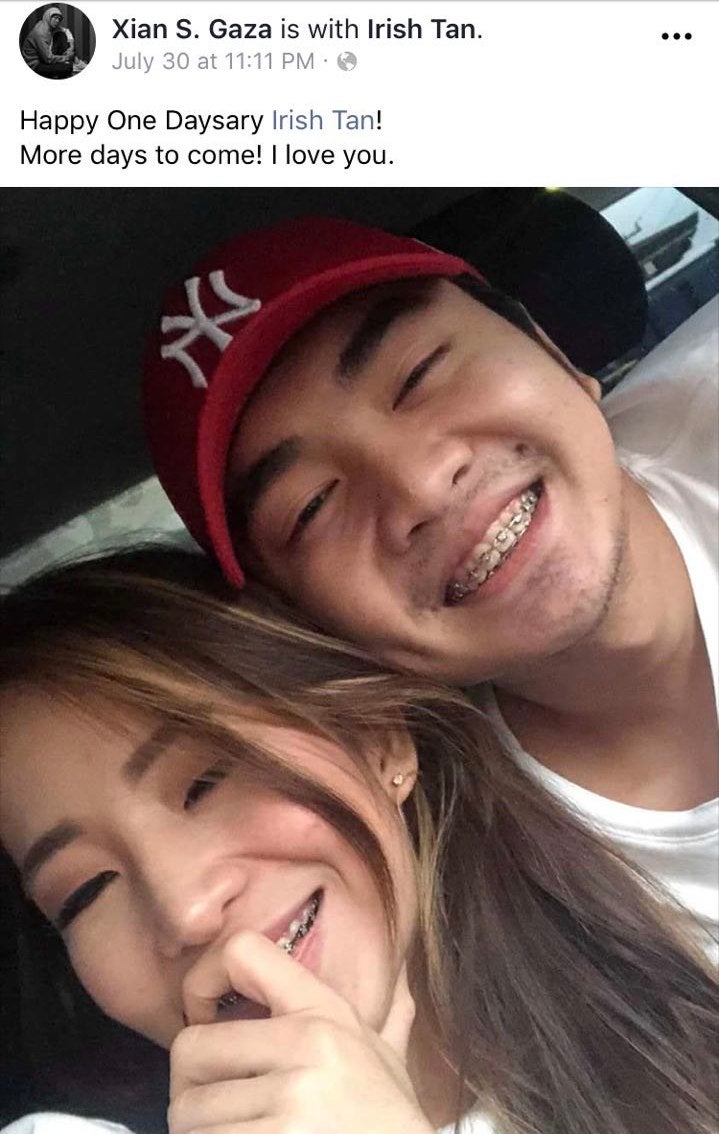 Gaza also revealed that his parents have already met Tan this August. JB

Read Next
WATCH: Sean Penn is bound for Mars in new trailer for Hulu space drama, ‘The First’
EDITORS' PICK
Comelec division junks petition to cancel Marcos COC for president
Acer starts the year off strong with the Aspire Vero National Geographic Edition
PH logs 37,070 more COVID-19 cases; over 33K others recover
‘Not yet the end’: Lawyer says Marcos Jr’s DQ cases to take lengthy process
The best of bayside and city living at SMDC’s Sail Residences
Over 3 Million worth of prizes to be won at Smart Padala’s SENDali Manalo Promo!
MOST READ
NBI foils escape attempt of Kerwin Espinosa, two others
Marcos camp ‘extends hand of unity’ after COC cancellation bid is thrown out
‘Not yet the end’: Lawyer says Marcos Jr’s DQ cases to traverse lengthy process
Wendell Ramos finally gets to hold his newborn for the 1st time
Follow @NGunoINQ on Twitter
Don't miss out on the latest news and information.