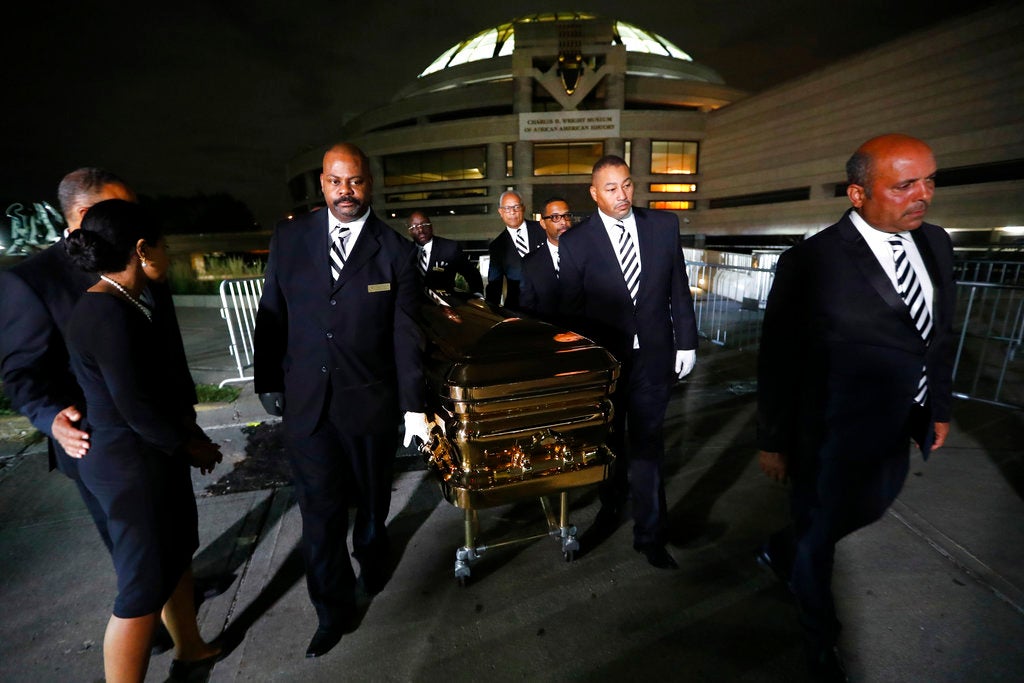 DETROIT (AP) — Aretha Franklin’s body has been transported from a Detroit museum that hosted two days of public viewings of the Queen of Soul, the next step in a journey leading up to her funeral on Friday.

Workers carefully moved Franklin’s polished bronze casket from the rotunda of the Charles H. Wright Museum of African American History and loaded it in to a 1940 Cadillac LaSalle hearse.

Journalists from The Associated Press were allowed to document the casket’s movement Wednesday night after the public viewing concluded. Wednesday’s viewing attracted thousands of fans and mourners and was the last chance for the public to directly pay their respects to the late Queen of Soul.

A private viewing is scheduled for Thursday. Franklin’s invitation-only funeral will be held Friday at the New Bethel Baptist Church. AB

‘A diva to the end’: Fans mourn Aretha Franklin at gospel-infused public viewing