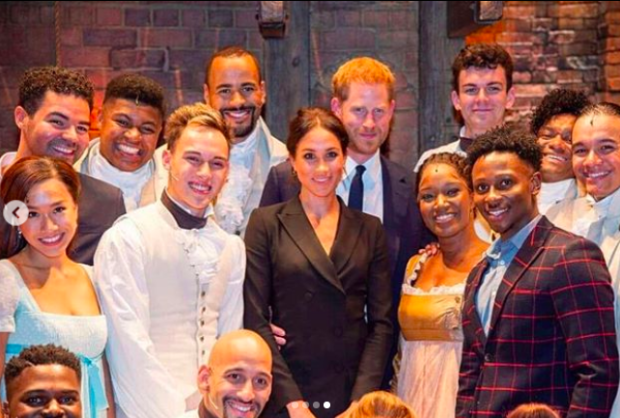 Rachelle Ann Go with the cast of “Hamilton” together with the Duke and Duchess of Sussex, Prince Harry and Meghan Markle. Image:Instagram/@gorachelleann

Go just had the most “out of this world” fangirl experience when she met the Duke and Duchess of Sussex, Prince Harry and Meghan Markle, when the royal couple visited the set of “Hamilton West End,” a Broadway musical playing at London’s Victoria Palace Theater.

Go is one of the leads in the musical.

The Filipina actress, together with the rest of the “Hamilton” cast, finished a special charity performance on Wednesday night. Prince Harry came up on stage to express his gratitude thank everyone involved in the play.

Go immediately took to Instagram to let everyone know of her encounter with two of the world’s most-loved royals.

Both were dressed in formal black suits.

In her Instagram stories, Go said, “I tried to be calm” being only at arm’s reach from Prince Harry. 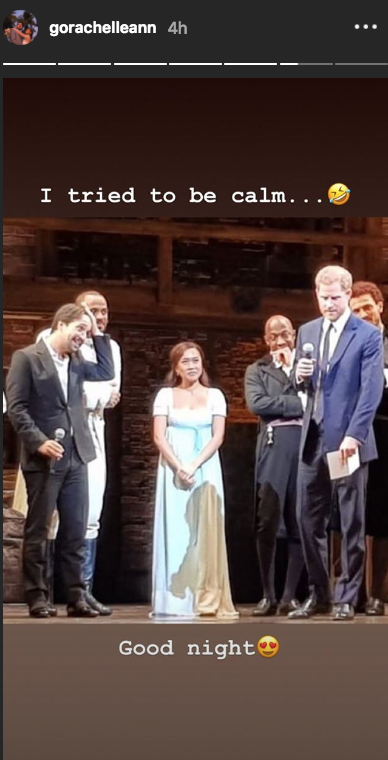 The official Twitter account of the Kensington Palace, the official residence of the Duke and Duchess of Sussex, also posted a photo of the entire cast of “Hamilton” with the royals. 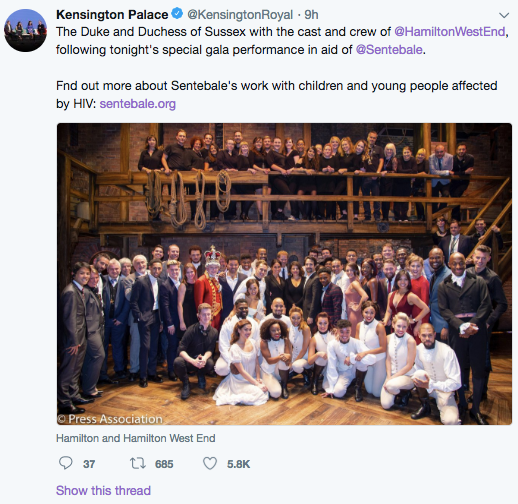 The show was created for the charity that Prince Harry himself established to help children and young people affected by HIV/AIDS in African countries Lesotho and Botswana. /ee