Judge gives deadline for plans to save Aretha Franklin’s birthplace 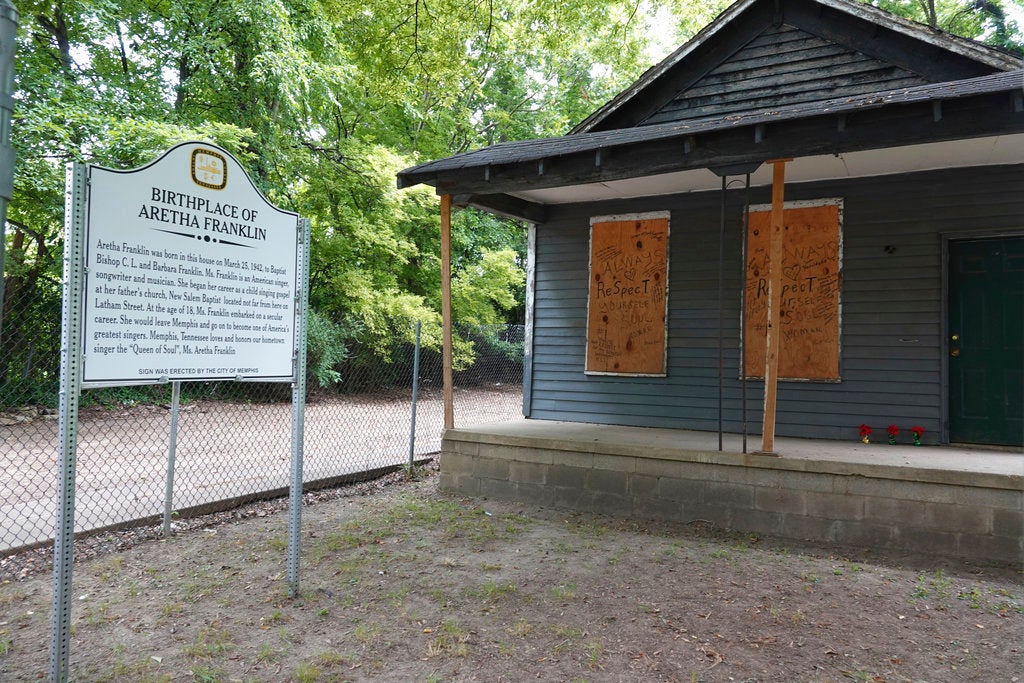 MEMPHIS, Tenn. (AP) — A judge is giving all the parties involved in the future of soul singer Aretha Franklin’s former Tennessee home 45 days to come with a plan to restore the dilapidated house.

The Commercial Appeal reports that Shelby County Environmental Court Judge Patrick Dandridge gave the city of Memphis, the current homeowner and the receiver in charge of overseeing the property an Oct. 16 deadline for plans to preserve the building.

Franklin died Aug. 16 in Detroit. She was born in the south Memphis house in 1942. Her family moved away from Memphis about two years later.

The home has been vacant for years. Former Environmental Court Judge Larry Potter had ordered the house demolished, but he put that order on hold in June 2016 after volunteers stabilized the crumbling structure. NVG

Aretha Franklin: Muse and soundtrack of US civil rights movement