Aretha Franklin: Muse and soundtrack of US civil rights movement 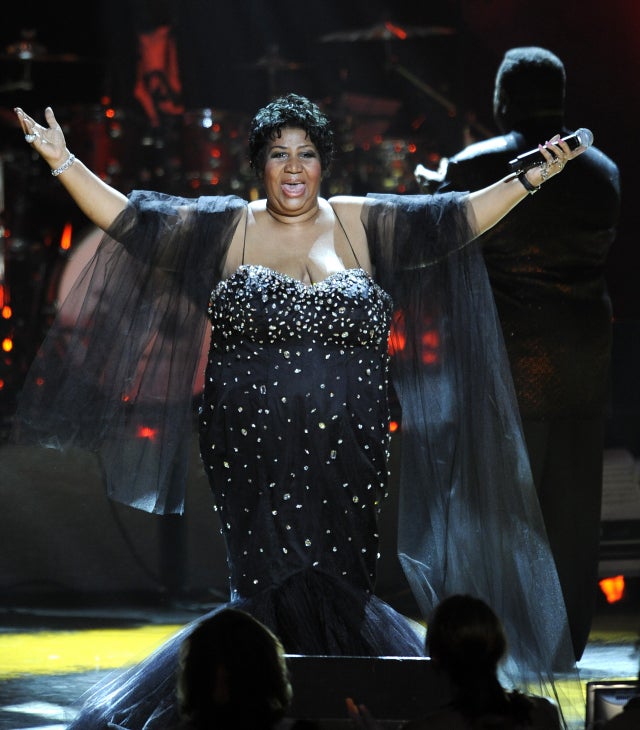 From singing for free to raise money for the cause, to uplifting activists with her phenomenal voice and upbeat anthems, Aretha Franklin was indelibly linked to the U.S. civil rights movement.

Her signature song, “Respect” — recorded as a feminist anthem — became a rallying cry as African Americans rose up nationwide in the 1960s to fight peacefully for racial equality.

Jesse Jackson, the veteran civil rights activist who was part of Martin Luther King Jr’s inner circle, hailed Franklin as “a source of joy” who “used the platform for issues other than just singing,” in an interview with AFP.

Jackson, who said he first met the singer when they were teenagers, told AFP by telephone from Chicago that “it was very difficult to say goodbye” when he visited and prayed with the music legend shortly before her death on Thursday at age 76.

“Some singers, they compromise their racial and gender dignity to make hit records,” Jackson said — but not Franklin.

Her music was “always upbeat, lifting people higher and higher,” he noted.

Franklin was born in the segregated American South in Memphis, Tennessee on March 25, 1942, before moving with her family to Detroit.

Her father, C.L. Franklin, was a prominent Baptist preacher and civil rights activist, who in June 1963 helped King organize the Walk to Freedom through downtown Detroit, only two months before King’s historic March on Washington and “I Have a Dream” speech.

King was a good friend of her father, occasionally visiting Detroit to spend time in their home or at her father’s New Bethel Baptist Church, Franklin told NPR in 1999.

And Jackson recalled one time when Franklin personally stepped up to help King — with her voice.

“One occasion, when we were having trouble raising money because of Dr. King’s anti-war stance, she sang for free, raising money for the cause,” he told AFP.

“One night in Houston, Texas, she went on stage and they put tear gas in the fan and she kept singing — she stood tall,” he remembered.

When King was assassinated in 1968, Franklin sang at his funeral.

“In her voice, we could feel our history, all of it and in every shade — our power and our pain, our darkness and our light, our quest for redemption and our hard-won respect,” Obama said this week.

‘She embodied what we were fighting for’

The NAACP, the country’s largest civil rights organization, presented Franklin with an award in 2008 for her role in advancing awareness of racial and social issues.

“No one can discuss the civil rights movement nor music without paying respect to the Queen of Soul,” said NAACP Chairman Leon Russell.

She gave generously both in terms of finances and advice to US civil rights activists and led hometown tributes to Nelson Mandela.

In 1990, she sang at a rally in his honor in Detroit after his release from prison in South Africa. Taking to the stage, Mandela spoke about listening to and appreciating “the sound of Detroit” while in prison.

“When she sang, she embodied what we were fighting for, and her music strengthened us. It revived us,” said long-time congressman John Lewis, another civil rights icon who worked alongside King.

“She was like a muse whose songs whispered the strength to continue on. Her music gave us a greater sense of determination to never give up or give in, and to keep the faith.”

To generations of women, especially black women, Franklin was an icon, an inspiration and a role model, who embodied not just the fight for racial but also gender equality.

Shawn Frazier, 59, a manicurist to the singer for years, told AFP at a salon outside Detroit that the civil rights movement sometimes came up for discussion while the “Queen of Soul” was getting her nails done.

“She mainly would talk about her dad and his involvement,” Frazier said, adding that Franklin was “very strong about the things that women or blacks were able to do, or that were accomplished.”

Outside the church of Franklin’s father on the evening she died, factory worker Maurice Black, 53, who grew up in the neighborhood, said his mother was driving up from Alabama in a convoy of two cars for her funeral.

“You’ve got to understand she was civil rights, so all the people from down south will be up here in Detroit,” he said. “Believe that.” NVG

When Ms. Franklin calls: Reporter reflects on Queen of Soul

Read Next
Park Bo-gum, Park Bo-young top survey among office workers
EDITORS' PICK
EuroMillions Superdraw: A lottery draw unlike any other is coming to the Philippines
Smart releases Hyun Bin’s second TVC
Water remains our saving grace right now
‘Justice will be done,’ Duterte assures as he vowed probe on Jolo incident to bare ‘truth’
DOLE: Return of OFWs’ remains from Saudi to be ‘delayed,’ deadline moved to ‘early next week’
Current dominant strain of COVID-19 more infectious than original—study
MOST READ
BREAKING: Duterte signs anti-terror bill into law
Locsin warns of ‘severest response’ if China’s army drills in SCS ‘spill over’ to PH domain
Duterte tells military: No other president looked at you the way I did
‘Very timely, historic’: Senators laud passage of anti-terror bill despite ‘pressures’
Don't miss out on the latest news and information.