Inigo Pascual is ‘so done’ seeing street children beg for alms: ‘Don’t have kids if incapable’ 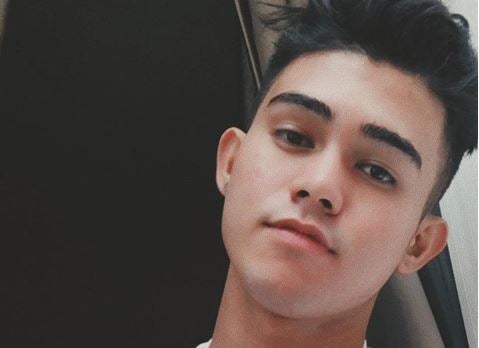 As far as street children are concerned, it looks like actor-recording artist Inigo Pascual is “so done” seeing them beg for money. The young Pascual, whose boy-next-door smoldering looks mirror that of dad Piolo Pascual, recently took to his social media to air out his grievances regarding the continuing presence of street children in the city.

“I’m so done seeing kids asking for money from people in cars,” wrote Pascual on Twitter last Aug. 27. “Kids are meant to have a childhood… They deserve to play and learn life.”

Pascual, too, has a message to parents who bring children into the world despite not having the means to do so: “Wag mag-anak kung hindi maalagaan. Hindi nila kasalanan na hindi kaya ng magulang nilang suportahan sila…”

(Don’t have kids if you can’t take care of them. It’s not their fault that their parents can’t support them.)

Pascual’s tweet has since garnered 2,000 views in two days, with many of his fans echoing his own sentiments. A certain Ayrich (@ILoveArtist_29) replied to Pascual’s tweet on Aug. 27 and agreed on his stance.

(And then they would blame the government for their suffering. They should just be the ones suffering and no longer let their kids feel the hardships in this world.)

Pascual replied to the netizen on the same day. As per Pascual, the Philippine government is corrupt, but asserts that all countries have their own lapses in one way or another, and that’s not the only reason for poverty: “This! Oo corrupt ang gobyerno natin! Lahat naman ng bansa may sarisariling pagkukulang.Pero di ibig sabihin na yun lang ang rason kung bakit naghihirap.”

(There’s always something that can be done. And [we have to think that] children have the right to be children.)

It’s palpable that Pascual meant well in his tweets, brought upon by being upset over the sight of street children knocking on car windows to beg for alms. But his sentiments also beg the question of whether other factors, such as family planning (or lack thereof) among the poor, along with the Catholic church’s opposition to contraceptives, among others, were considered.

Access to readily available forms of contraceptives is a necessity that is critically important for all citizens. When President Rodrigo Duterte signed Executive Order No. 12 back in January 2017 to provide free contraceptives to the poor, it was hailed by the United Nations Population Fund as a major push for the government’s family planning program — a program that has long been hindered by opposition from pro-life groups and the Catholic Church.

But the problem seems far from over. Despite the availability of contraceptives, a 2013 study on the Global Journal of Health Science showed that barriers still exist concerning the use of modern contraceptives among Asian women. Apart from limited knowledge on contraceptive methods and reproduction, the study also bore to light that religious factors can also serve as a barrier. For some religions like Islam, and perhaps Catholicism, it appears that the use of contraceptives may still be a subject too taboo to consider. JB

Inigo Pascual laughs off queries about him having ADHD