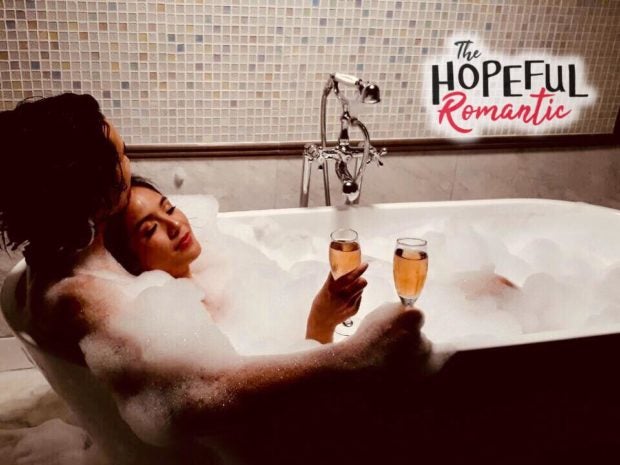 While watching the official full trailer for ‘The Hopeful Romantic’ by Regal Entertainment, Inc., I started laughing right off the bat. It was that insanely, shamelessly hilarious. Let us just say, there are some scenes in this movie that all of us guys can readily relate to but which we would not want “others out there” to know we’ve been there, too.

‘The Hopeful Romantic’ casts Ritz Azul as its lead actress. I will have to say this is a very smart casting choice because she is still one of the prettiest and classiest looking young actresses around today in Philippine Cinema.

And a big plus for this movie is that Ritz Azul is very popular with the guys. I, for one, have been a fan of hers ever since I got to see her for the very first time in a television show several years back. Certainly, Ritz Azul remains to be one of my current favorite local actresses. To be frank, Ritz Azul is very attractive to the eye. She really is a sight to behold.

Ritz Azul is paired with rising comedic-actor Pepe Herrera and this is the very first time that they will be working together. Pepe Herrera plays the lead character; he is ‘The Hopeful Romantic’. Pepe Herrera fits this role so well as the ambitious, unsophisticated, and goofy guy who is totally clueless of the world’s ways yet aspires to still find his “dream girl”. I find this upcoming movie ‘The Hopeful Romantic’ to be very interesting and connected to real life because it has been generally proven that comedians or funny guys–never mind their looks, though–make great partners for women looking to be with someone who can make them laugh.

Expect that Ritz Azul and Pepe Herrera together in ‘The Hopeful Romantic’ will be a dynamic, unpredictable, and “combustible” pairing that will not fall short in the comedy, hilarity, and guilty laugh-out-loud moments. A unique and quirky pairing, indeed, these two make that will surely bring the fun to moviegoers.

‘The Hopeful Romantic’ will be released nationwide in cinemas on September 12.

This movie is definitely something to look forward to for all who want to simply enjoy, laugh their hearts out, and have a real fun time!

This movie is directed by Topel Lee and produced by Regal Entertainment, Inc.

My Excitement Level For This Movie: Very High

‘Unli Life’ proved to be a box-office hit with its potent mix of comedy and romance following an unorthodox plot that charmed its way into the hearts of moviegoers and movie critics alike. It grossed an impressive figure 39.5 million pesos within its initial run in theaters nationwide from August 15 to 21 in the Pista ng Pelikulang Pilipino.

‘Unli Life’ is still being shown in select movie theaters due to the sheer number of repeat viewers and more people wanting to watch the movie.

For me, it is a no-brainer why this movie became a success in the box office. Vhong Navarro cast as the lead actor in ‘Unli Life’ is the first main reason why this film clicked with moviegoers. 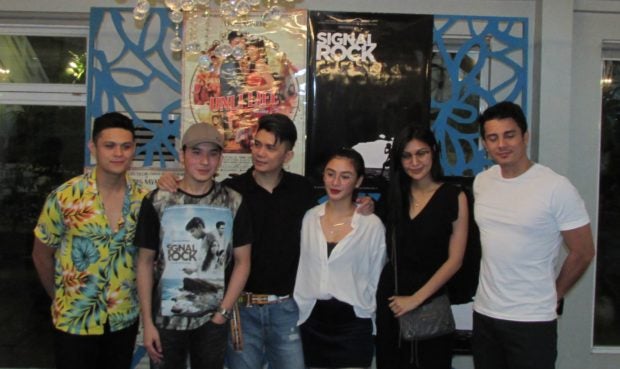 Vhong Navarro has huge name recall. Almost every single Filipino knows who he is; the number of movies he has done makes him a household name across the nation. There is also the high sense of expectation that you will surely have a good time, forget your troubles, and momentarily even escape from the daily rigors of life, anytime you watch a Vhong Navarro movie.

Vhong Navarro is one of the last remaining genuine comedic-actors who is still active on television and on the big screen. He has been around long enough even to the time of Dolphy. So, naturally the link he has to that great era in Pinoy comedy and to the Comedy King will always be there. That is one reason why moviegoers see and view Vhong Navarro as a legitimate comedic-actor and it certainly adds to his credibility and dependability. 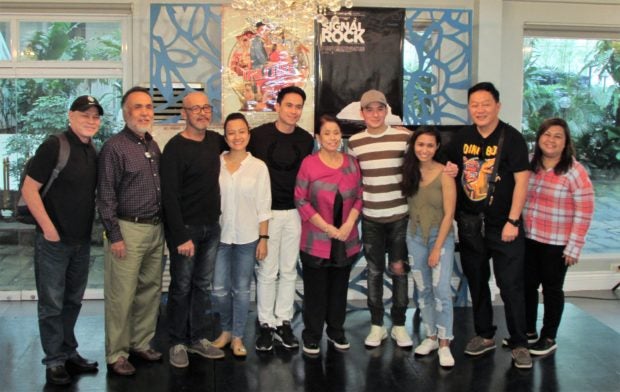 Not only that, but the lead actor Christian Bables won another award for his very convincing and effective portrayal of “Intoy” in ‘Signal Rock’. Christian Bables bagged the trophy for Best Actor in the Gabi ng Parangal last week. This is the latest award from a number of different award-giving bodies that Christian Bables has won since his breakout performance in ‘Die Beautiful’ in 2016.

Christian Bables was able to bring to life onscreen what the trials and tribulations of our fellow countrymen who live in the small island of Biri in Samar are like in the late 90’s.

Veteran and critically acclaimed Director Chito S. Rono won also an award for the Main Feature Critic’s Choice Award. This adds to his very impressive resume already of recognitions and awards won in his long career as a director.

Congratulations are in order to the director, cast, and production crew of ‘Signal Rock’. 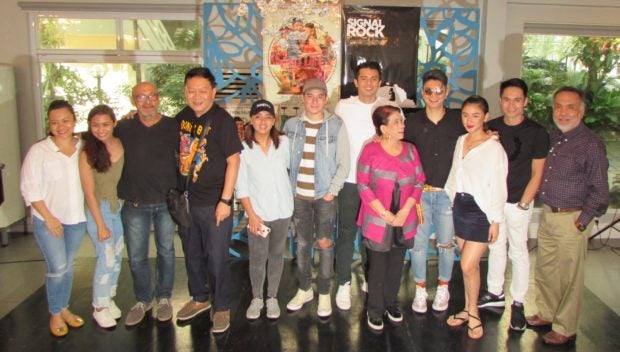