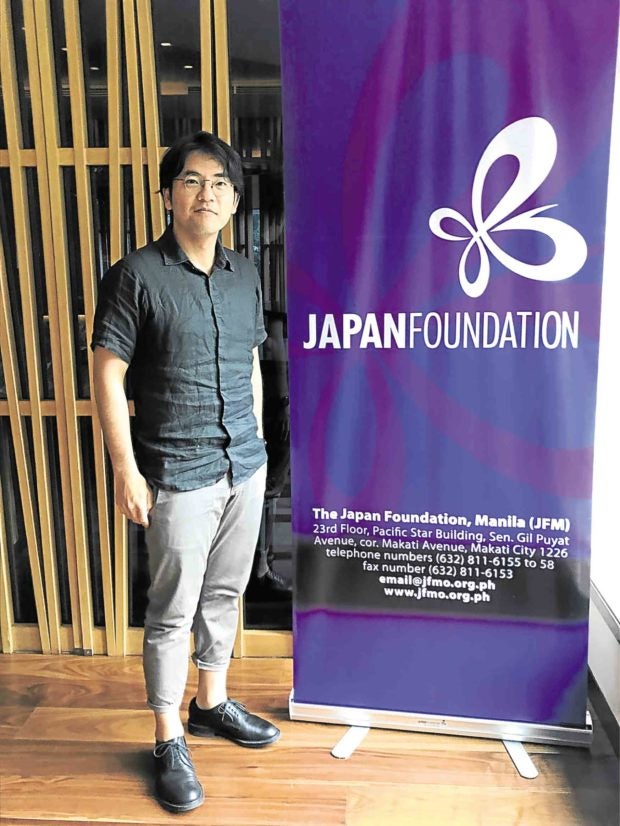 From the onset, Japanese filmmaker Norihiro Koizumi has sought to create “a fusion of art and commerce” in his wildly successful adaptation of the manga series, “Chihayafuru.”

His gambit has paid off, big-time. The first two parts of “Chihayafuru,” both released in 2016, earned a combined 3 billion yen at the box office and won for him the best director prize at the Tama Movie Awards that year.

His latest film, “Chihayafuru 3,” scored a whopping 1.7 billion yen at the tills—cementing for him a spot in that exclusive club of billion-yen directors.

“Chihayafuru 3” had its Philippine premiere at the recent Eigasai film fest and the trilogy, which had an encore run at the UP Film Center last week, will have free screenings at the Ayala Center Cebu this weekend.

In an exclusive interview with the Inquirer during the Eigasai, Koizumi expounded on his films’ popularity. “Maybe it’s because I turned the manga series into an action movie, which was entertaining for young people.”

He explained that there is a glut of manga-based movies in Japan. As such, he endeavored to do things differently, by writing the scripts himself and steering clear of tired formulas.

It also helped that the cast included pop idols like Suzo Hirose, Mackenyu and Shuhei Nomura. “I got young actors who have a lot of potential. They were regarded as the stars of the future then.” 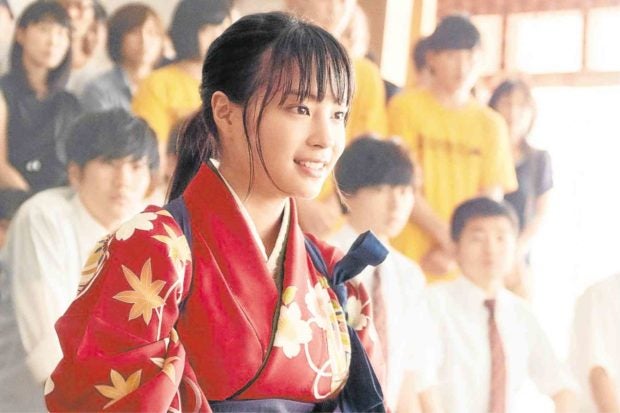 At the time they were making Part One, they were not yet that famous. “They’ve become big stars now. We had a hard time sorting out the schedule for Part Three,” he quipped.

Still, the actors remained just as hard-working as they were before. “They’ve always been professional. Back then, they were teenagers and weren’t sure yet what they wanted in life.”

Only 37 years young, Koizumi, who started directing in high school, knew how to relate with his millennial ensemble—in spite of the two-decade age difference.

There’s no communication/generation gap, he asserted. “I used their words… their language. In any case, I am not the type who would terrorize actors.” He described his directorial style as “democratic.”

“I gave the actors freedom on the set,” he recalled. “When they did something I didn’t like, I just told them to fix it.”

The traditional karuta, little illustrated cards that carry poems, led him to the manga series. “Unlike with other manga films, I thought I could combine art and entertainment in ‘Chihayafuru.’ These karuta poems are older than haiku… and are very expressive and emotional.”

“Chihayafuru” centers on high-schoolers who form a club for karuta game enthusiasts. 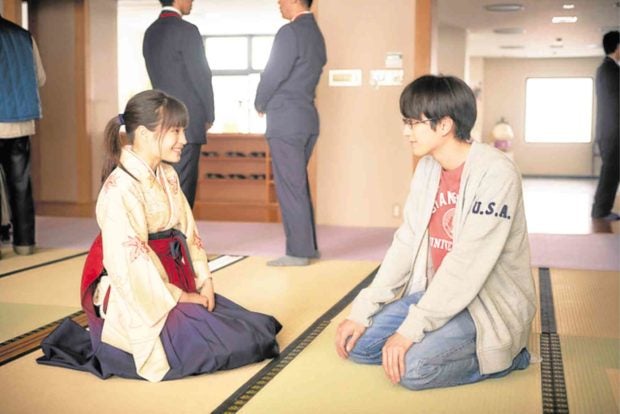 Suzo (left) and Mackenyu in “Chihayafuru”

He recounted that Filipino moviegoers were more vocal and appreciative, unlike their Japanese counterparts. “Their response was great. We don’t see that kind of reaction in Tokyo. Movie-watching should be that way: Viewers should speak out, laugh, cry at the theater.”

“I think, personally, there will be no Part 4,” he said. “For one thing, my actors are already older. Also, I did everything I could in the first three parts. There’s nothing left for Part 4.”

At this point in his career, he would like to venture into unfamiliar territory. “I am developing several projects. I hope to work on something completely different. Maybe a change of genre from youth flicks to science fiction and suspense, movies for adults.

Even the billion-yen wonder kid has grown up.