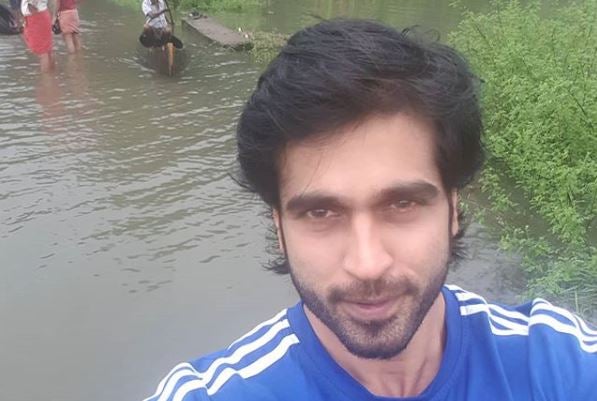 The great floods and massive landslides that afflicted Kerala, India recently saw thousands evacuate for dry land and no less than 800 people dead. The floods were brought by monsoon rains and have subsided since June, but only after displacing over 700,000 Indians in Kerala.

Indian actor Rajeev Pillai was one of the people who joined rescue efforts following the floods. According to Gulf News on Aug. 22, Pillai didn’t think twice in postponing his own wedding to some time in September, just so he can help those who were afflicted and needed rescuing.

Pillai journeyed to his native place, Nannoor in Pathanamthitta, to join a group of young people and form a rescue team. As per Pillai, the floods were so bad that waiting for disaster management officials to arrive was out of the question.

“Watching all that disaster around you makes you forget about yourself,” Pillai said in the report. “You are not in the mood to celebrate. All I wanted to do was save the place that I grew up in. Watching it being submerged in water was painful and sitting idle or planning my own wedding was not an option.”

Pillai’s fiancée felt the same way, as her own town was also ravaged by the floods, the report stated.

“We didn’t sleep for over two days. There were patients that required dialysis that needed immediate help and a heavily pregnant lady who needed to be rescued,” Pillai added. “If we didn’t join our hands to save them, they would have gone down. We had to come together because it would have been fool-hardy to wait for action from the army or there forces.”

Meanwihle, the Philippine government’s Department of Foreign Affairs (DFA) sent its sympathies to India last Aug. 20 over the devastation caused by the floods. DFA also reported that all 58 members of the Filipino community in Kerala were “safe and accounted for.”

Earlier, the Philippine embassy in New Delhi asked assistance from authorities to rescue two Filipino women. They got trapped in their residences in the Ernakulam and Alappuzha districts during the flood. Cody Cepeda/JB