WATCH: John Arcilla’s wacky dubsmash videos give comedians a run for their money 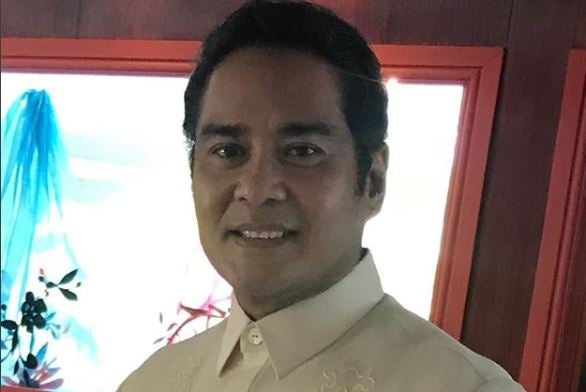 Seeing multi-awarded veteran actor John Arcilla doing comical dubsmash videos may be a novel sight for some, especially to those who so loved his portrayal of the brash Heneral Luna in its namesake film back in 2015. But for those who follow the unassuming Arcilla, it’s palpable that the actor has taken to spreading joy and laughter to his fans, one dubsmash video at a time.

These days, celebrities are using the power of social media not just to better reach out to their fans, but to also experiment with different types of content they want to share. Fellow actress Cherie Gil, for one, has used her Instagram to recreate her famous “copycat scene” from “Bituing Walang Ningning” with many actors, throwing water on the faces of Paulo Avelino, Atom Araullo and Ricky Davao among others.

Arcilla has chosen the dub route, sharing on his Instagram page videos of himself dubbing over different audio recordings. Arcilla only started creating the funny clips this August, but he already appears to be a natural at it. As far as acting is concerned, it’s clear that Arcilla sure knows how to deliver — regardless if it’s in an internationally-acclaimed film or just mere videos.

In the video, a voice can be heard asking, “Ma’am may chicken po kami, gusto niyo po i-try, anong part po?” (Ma’am, we’ve got chicken. Would you like to try? What part?)

It seems many are fans of Arcilla’s entertaining videos, one of which is actress Dawn Zulueta herself, who appears to be tuning in on each and every one of Arcilla’s videos.

In a dubsmash video shared last Aug. 7, Arcilla wrote that he is enjoying himself in creating the clips. “Enjoy nako ahahaha,” he wrote. (I’m already enjoying it.) 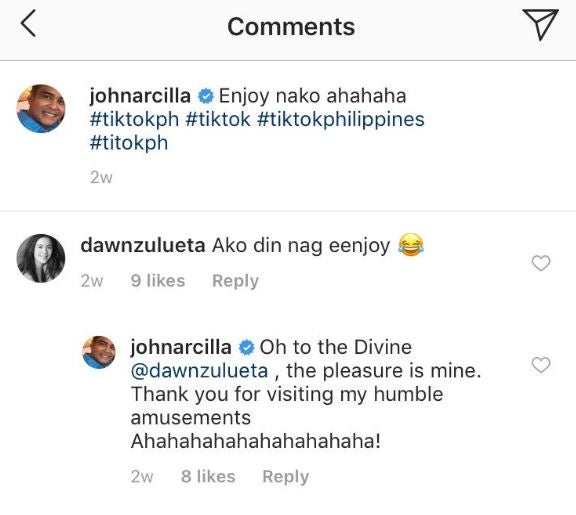 Arcilla was touched by Zulueta’s comment and replied, “Oh to the Divine @dawnzulueta, the pleasure is mine. Thank you for visiting my humble amusements ahahahaha!”

Meanwhile, last Aug. 18, Arcilla shared a video of himself thanking his fans for the support, saying how it was a blessing to make people happy.

“Hello thank you to those who joined me in my TikTok account and to those who keep watching my IG and FB postings,” said Arcilla. “Thank you so much. We are so blessed for making each other very happy everyday so let’s keep on doing it.” JB

John Arcilla: Hero of ‘Goyo’ will appear to younger audience