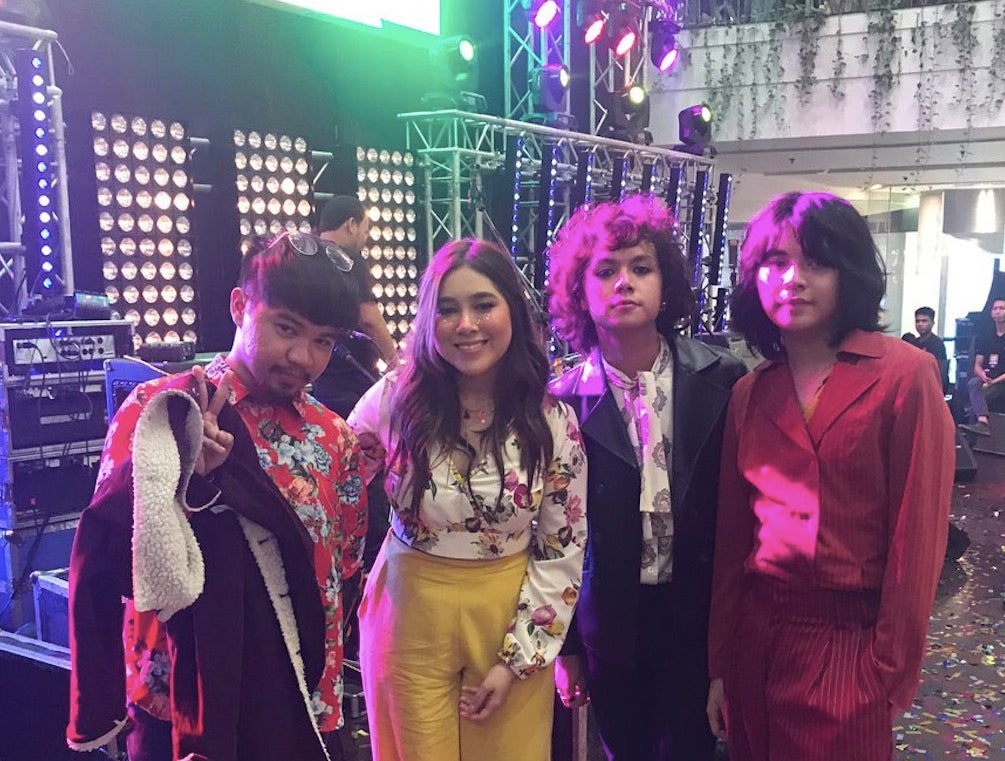 Rock band IV of Spades and Moira dela Torre have teamed up for a collaborative song.

Celebrity handler from Cornerstone Entertainment Inc. Mac Merla first teased the collaboration through a tweet yesterday, Aug. 21. It included a snapshot of Dela Torre and the IV of Spades members. 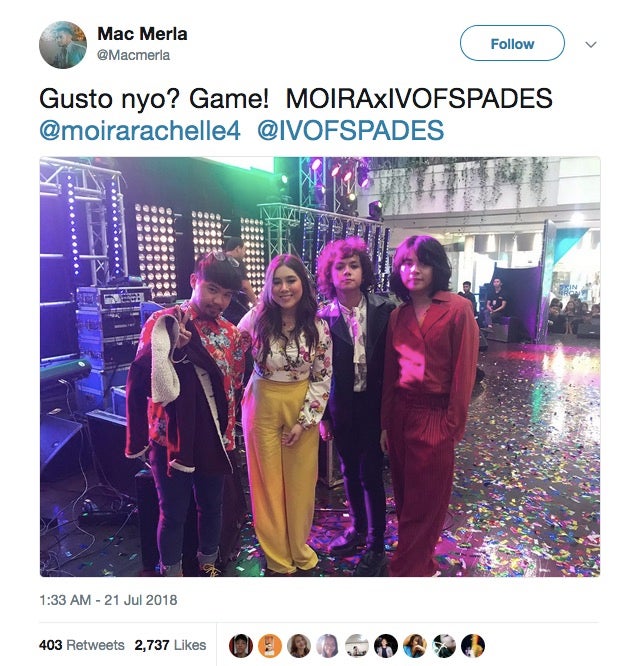 Merla later confirmed the collaboration within a couple of hours later with another tweet that showed sound equipment being set up in a studio. “It’s finally happening! MOIRAXIVOFSPADES,” wrote Merla. 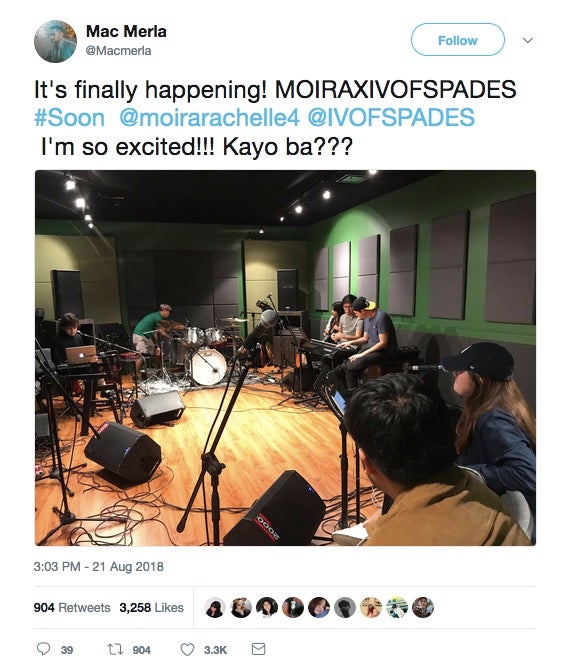 IV of Spade decided to keep mum about a collaborative work as reflected in the lack of information about it on their Twitter account. Meanwhile, Dela Torre gave a hint on the project when she tagged the band in a tweet after sharing Merla’s post with the words “Huli na ba’ng lahat @IVOFSPADES?”

IV of Spades was formed in 2014 by Allan Silonga for his son Blaster, who would become the lead guitarist. They recruited Zildjian Benitez for backing vocals and bass guitar, Badjao de Castro for drums, and Unique Salonga for lead vocals. The band is commonly identified with their 1970s-inspired outfits.

Salonga would later exit the band on May 5, 2018, to pursue “personal endeavors.” The now three-man band released their first song without Salonga on July 13, 2018, titled “In My Prison,” with Benitez taking over as lead vocalist.  /ra