Donita Rose: My divorce made me a better actress 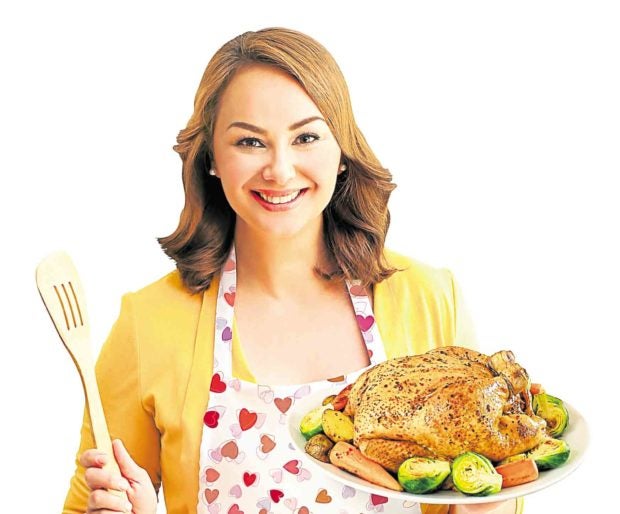 Two years after parting ways with her ex-husband, Donita Rose is now well on her way to reestablishing herself in the Philippines—a process that she said was “difficult” and “exciting” all at once.

“I finally got my own place. And financially, I’m getting back on my feet again,” related the television-host actress, who was previously based in the United States with Eric Villarama, whom she divorced in 2016, after 13 years of marriage.

Prior to her return to local show biz, much of her life was dedicated to her family. Now, Donita’s rediscovering the joys of doing things for her own good.

“I had been spending my entire life serving my own and extended families … I was already separated when I came here, and that was the time I was finally able to focus on myself again,” she told reporters at a recent press conference for her capsule cooking show “HeartMate Kitchen,” which is mounted by the food brand Jolly and airs on GMA 7.

“I started working out, did all sorts of things,” added Donita, who has also been doing sundry acting projects, her most recent one being “That’s My Amboy.” “It has been a really hard journey, but I think it has made me a better actress—may hugot na! I think I can even do villain roles now!”

And at last, Donita can say that she has “fully recovered” from the heartbreak. She and Eric have reconciled, she said, and are now friends.

“I would always joke that, ‘Napatawad ko na ’yung hayup na ’yun!” she said of Eric, whom she had caught cheating on her. “There’s no more pain and I have super moved on,” Donita stressed, adding that her ex-husband finally apologizing to her earlier this year provided closure of sorts.

“He said sorry. I had written him an apology letter a year prior, so I could release all my bitterness. But it took him one year to apologize. And when he did, I felt relieved,” added Donita, who has a 14-year-old son, JP, with Eric. “He told me, even though he has moved on with his life, there’s not a day that goes by that he doesn’t regret hurting me.”

“But whether it’s sincere or not, words are powerful and can bring healing to the heart,” Donita said.

“The goal is to come up with Filipino dishes with a bit of a twist. All the recipes are my own and not something I just copied somewhere. Many of the dishes here are very simple; some can be done in just 20 minutes,” said Donita, who took up culinary arts and had worked for various restaurants in the United States.

She plans to release a cookbook next year, and hopes to have her own restaurant in the future.

“I have had offers from investors. But I’m afraid to use other people’s money. If you’re going to open a restaurant, you have to be dedicated to that, or at least have people you can trust,” Donita pointed out. “But let’s see. Perhaps that will happen later down the road.”