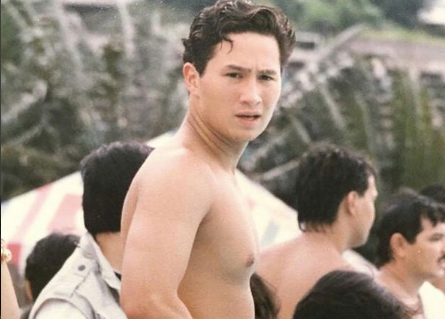 Multi-awarded actor and director Eric Quizon wowed his Instagram followers recently when he shared photos of him from the heyday of his youth, specifically the time when he competed at the Star Olympics many years ago.

Quizon didn’t give the year the photos were taken, but it appeared to have been taken in the ’90s. In one seemingly candid photo the dashing young Quizon can be seen wearing only green-and-black striped swim briefs, his hands resting on his hips.

“Somebody posted these pics on Twitter so why can’t I?” wrote Quizon on Monda, Aug. 20. “This was taken during the men’s 50 meter freestyle of the second Star Olympics held at the pool of Ultra.” 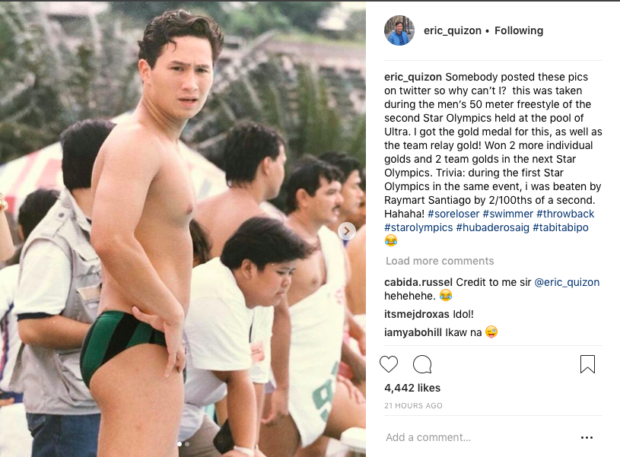 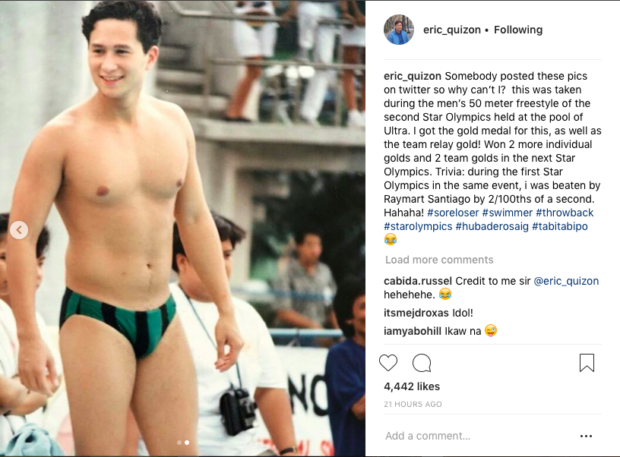 Quizon, too, shared a fun fact from the first year of Star Olympics, wherein he competed with actor Raymart Santiago in the same event.

“Trivia: During the first Star Olympics in the same event, I was beaten by Raymart Santiago by 2/100ths of a second,” asid Quizon. “Hahaha! #soreloser #swimmer #throwback #starolympics #hubaderosaig #tabitabipo.”

It seems Quizon still can’t live down his loss to Santiago, as he joked in a comment to actress Bela Padilla that his time compared with Santiago’s was “literally fingertip difference.”

“@bela hahaha! His time was 30.16 seconds and mine was 30.18 seconds,” wrote Quizon in jest. “It was literally fingertip difference. Sore loser talaga.”

The matinee idol just turned 51 last January and today is in the lead cast of GMA Network’s latest drama fantasy series “Victor Magtanggol.” Joining him in the series are actors Alden Richards, John Estrada and Coney Reyes, among others. Quizon, too, has his hands full directing Regal Entertainment’s film “One Great Love,” which stars Kim Chiu and Dennis Trillo.  /ra

Eric & Epi Quizon: Our dad is National Artist in our hearts

What Eric wants to tell Dolphy