With her generosity questioned, Kris Aquino warns she might run for QC mayor 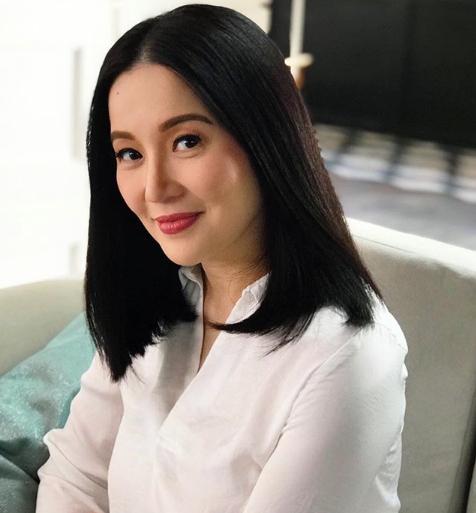 Once again, you do not mess with the one and only Kris Aquino, especially when it comes to questioning her good intentions.

The Queen of All Media proved that she does not back down at her detractors, as seen in one of her Instagram posts on Tuesday.

It all started when the media personality shared one photo of a little girl taken from H. Bautista Elementary School in Marikina City, where she previously handed out relief goods to those affected by floods last Saturday. She described the child as having eyes “so wise because she has witnessed & survived more hardship than an innocent child deserves.”

While everyone was proud of her for her heart of gold, one netizen named @thesunsetsunrise chose to look at her actions in another way. S/he first stated that the real humanitarian was the late Mother Teresa. S/he then asked Aquino: “Ano ‘yan? Publicity stunt?” The netizen added that Aquino might as well run for mayor of Quezon City, adding, “Post ka ng post ng pagtulong mo. Ano kaya ‘yun (You keep posting your good deeds. What does this mean)?”

Not backing down, Aquino made sure that the netizen hears from her. In her reply, she threatened: “You may just get what you asked for.” She then went on that when it comes to the political field of candidates, name and recognition matter. Aquino even mentioned that she has 32 years of tax record from the Bureau of Internal Revenue “that can prove how trustworthy I am about money dahil alam ko na ang pera ng bayan ay para sa bayan (because I know the money of the people is for the people).”

And to prove her point to spite the netizen, she said that she had the “best possible adviser” if ever she would run for public office—her brother former President Noynoy Aquino. She added: “So the city will get to have best of both-VAST EXPERIENCE AND TRANSPARENCY-hate to say it but that’s an UNBEATABLE COMBINATION.”

“I have the next two months to decide,” Aquino said, referring to the filing of candidacy at the Commission on Elections (Comelec) office scheduled for October for the mid-year elections. “Kung trip niyo kong bwisitin—you might get your worst nightmare come to life.”

(That’s the problem—those who help are judged. Those who are in position but fail to live up to it, find someone to bully.) 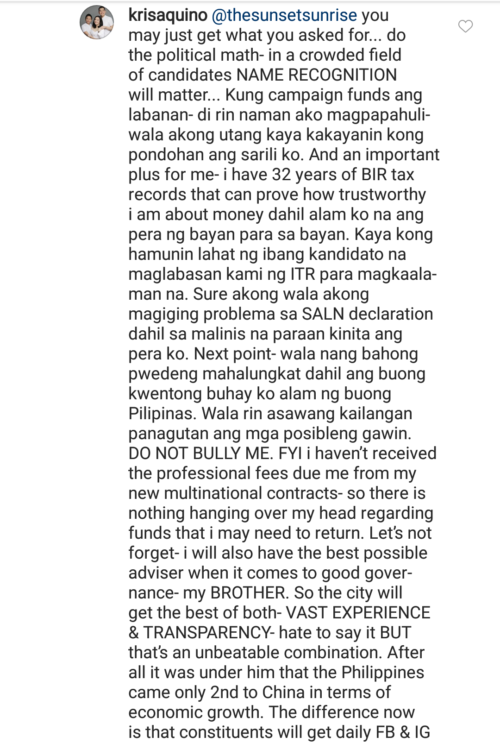 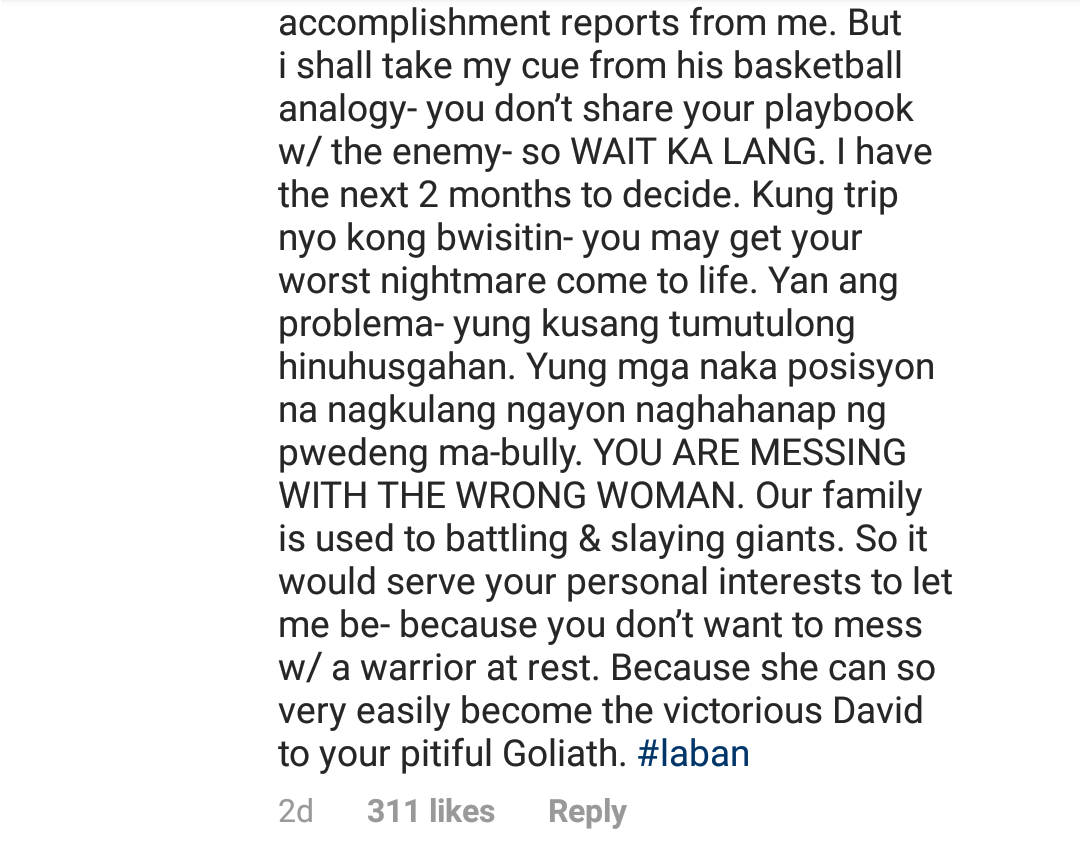 It may be that the netizen was challenging Aquino to run as Quezon City mayor, since her former flame Herbert Bautista currently holds the position. Previously, the media personality quashed rumors that she is seeking a seat in the Senate.  /ra

Kris Aquino says no to Senate bid: ‘Powerful people would want to poison me’