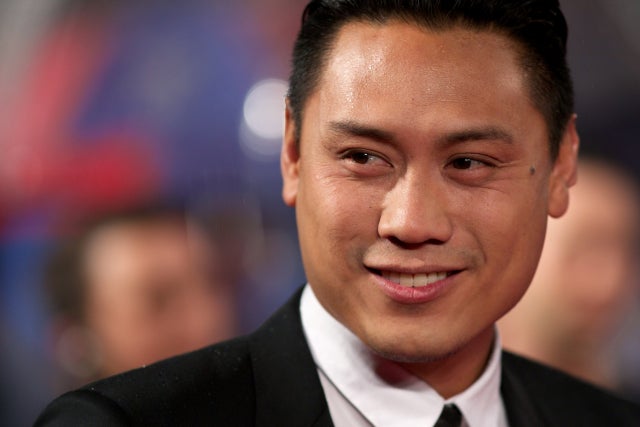 “Crazy Rich Asians,” a two-hour celebration of fabulous wealth, stunning clothes and idealized love, complete with heroine who has to out-fox her beau’s imperious mother and vicious ex-girlfriend, is a faithful adaptation of the international bestseller by Singapore-American author Kevin Kwan.

More importantly it’s the first Hollywood movie in a quarter of a century to feature an majority-Asian cast — a feat not matched since “The Joy Luck Club” in 1993 and one driving frenzied publicity in the world of US entertainment.

It comes a year after “The Big Sick” made Kumail Nanjiani Hollywood’s first Pakistani-born rom-com hero and months after “Black Panther” became the third highest-grossing motion picture of all time in North America.

Kwan turned down a “gigantic” pay-offer from Netflix, to plop for Warner Bros. Pictures and a cinematic general release, looking to send a message and put down a marker for Asian-led box office receipts.

A massive publicity blitz appears to be working. The Hollywood Reporter expects the movie to make at least $28 million at the box office over the first five days in North America, up from $20 million several weeks ago.

Director Jon Chu wants the movie to convince Hollywood bosses that there’s plenty of money to be made from Asian-led projects, opening the door to greater representation.

“The cinematic experience is unparalleled in that kind of context, of putting it in the museum, in the glass box and say this is special.”

Filmed on location in Malaysia and Singapore, with a reported budget of $30 million, its cast is almost entirely Asian, Asian-American and Asian diaspora.

As a result, it’s American actress Constance Wu who gets to wear the posh frocks and British-Malaysian, former BBC host and hair stylist Henry Golding who gets to be the Cary Grant of summer 2018.

“You don’t see that growing up. You don’t feel like you can be the hero of your own story. I think every child should feel worthy and feel loved,” a tearful Wu told NBC News.

“I want to get to a stage where it’s not headline news that this is the first movie in 25 years,” agrees Golding. “Let’s just tell stories, that’s what Hollywood was created for,” he told NBC.

Reviews are mostly positive, provided you suspend disbelief that a savvy New York Millennial would never once google the guy she’s been dating for a year.

So we see Chinese-American economics professor Rachel Chu fly to Singapore for Spring Break with her lecturer boyfriend Nick Young, seemingly clueless that he’s “the Prince William of Asia.”

Nick has marriage on the mind, whisking her off to his friend’s wedding and to meet his folks, only for Rachel to find out his family are “richer than God.”

Thrown into the mix are dazzling jewels, private jets, bitchy rich girls, class conflict and cut-class English accents, sneering not just at a girl from Queens, but an American period.

Prospective mother-in-law Eleanor, played by Michelle Yeoh, provides all the hauteur, while comedy comes from US actress and rapper Awkwafina, who plays Rachel’s nouveau-riche but well-meaning friend Peik Lin.

Nevertheless Asian Americans accounted for the second highest per-capita attendance at the movies in 2017 after Latinos, according to the Motion Picture Association of America. Asians represent six percent of the US population and accounted for eight percent of frequent moviegoers, it said.

“The importance of seeing Asian faces up there is not lost on me,” Chu told NBC. “How it would feel if I was a kid to see that, to know you can be a handsome young man and all the world is your oyster.” AB