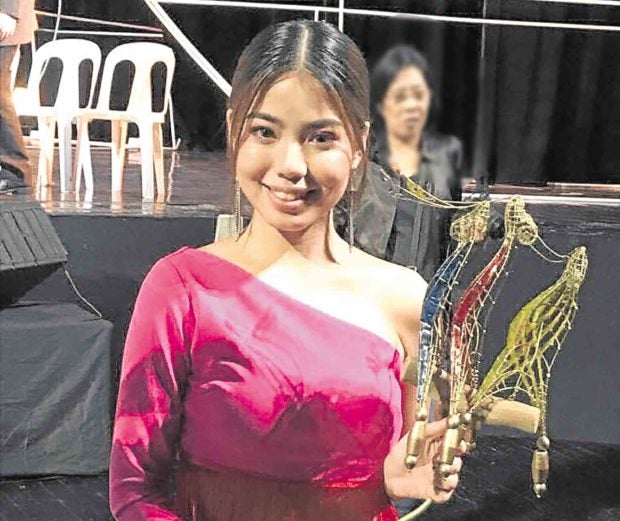 It’s like celebrating your birthday on Christmas Day. You only get one present for the two occasions,” quipped teen actress Therese Malvar, who bagged the best supporting actress award at the 2018 Cinemalaya Philippine Independent Film Festival for her two film entries, “School Service” and “Distance.”

The 14th edition of the Cinemalaya concluded with an awards ceremony held at the Main Theater of the Cultural Center of the Philippines on Sunday night.

“I couldn’t hold back my tears anymore when I learned that I got the award for my two movies. It meant that my toughest competition was myself,” the 17-year-old actress said, adding that the fact that she made Cinemalaya history with her victory “hasn’t sunk in yet. I was happy enough reading about the good comments on social media.”

Comedian Ketchup Eusebio, who won best supporting actor for his performance in Denise O’Hara’s “Mamang,” said that at some point, “an actor has to take control of his career. He has to take big risks for better results, and this includes choosing the right roles and working with people you trust.”

Ketchup said “Mamang,” which tackles dementia, has become a personal story for him because he has a similar experience with his great-grandmother. This was why, in his acceptance speech, the actor said: “Whatever beautiful memories we have that the mind forgets, let us be reminded by them through the heart.” 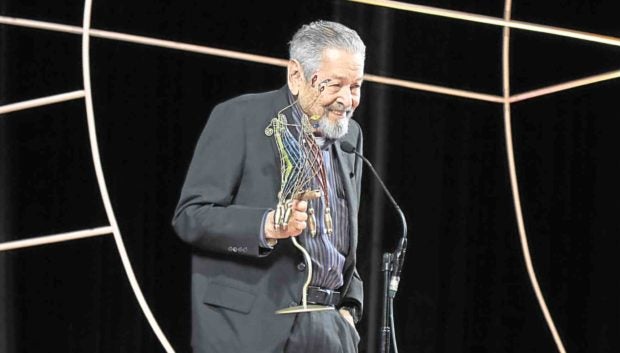 Meanwhile, the film “Liway,” which won the Special Jury Commendation and the Audience Choice award, is also very personal to its writer-director Kip Oebanda. It’s actually a story based on the experiences of his mother during martial law.

“When I started making the film, it was with fear and anxiety, understandably because it’s so personal. You expose yourself to so much risk,” he said. “But I kept chanting loudly, ‘’Wag matakot! Makibaka!’ Pero importante rin ang makibaka kahit natatakot.”

Kip added: “I wish that the film was able to give hope to people who have seen it, and that it would continue to [remind viewers of] what truly happened in our past.”

“Pan de Salawal” is likewise personal for its writer-director Che Espiritu since she wrote it as a tribute to her childhood best friend, Chichi. “She chose to leave ahead of all of us (by taking her own life). At some point, she felt sad and alone. I wrote this to say that it’s good to be alive and that you don’t ever have to feel alone. I hope Chichi is happy with the film’s success,” she said in her acceptance speech.

Speaking with the Inquirer after the ceremony, Cinemalaya president Laurice Guillen said she was happy that 2018 has been “an unusually good year for Cinemalaya. We had four films that backed out and were replaced by equally worthy films. We’re grateful to these people for accepting the challenge, considering they only had limited time.”

“We had a really good lineup this year,” Laurice pointed out.

Cinemalaya festival director Chris Millado declared that the turnout this year was “one of the biggest over the years. According to our front of house count, we have exceeded our past record by at least 25 percent.”

He added that it was also the first time in Cinemalaya that two films (“Liway,” “ML”) have grossed 50 percent more, compared to the top grossers of the past years. “This is a good sign, in terms of the broadening audience support for the festival,” he pointed out.