Anne to other nonsingers: Embrace your voice and sing your heart out | Inquirer Entertainment
Close
menu
search

Anne to other nonsingers: Embrace your voice and sing your heart out 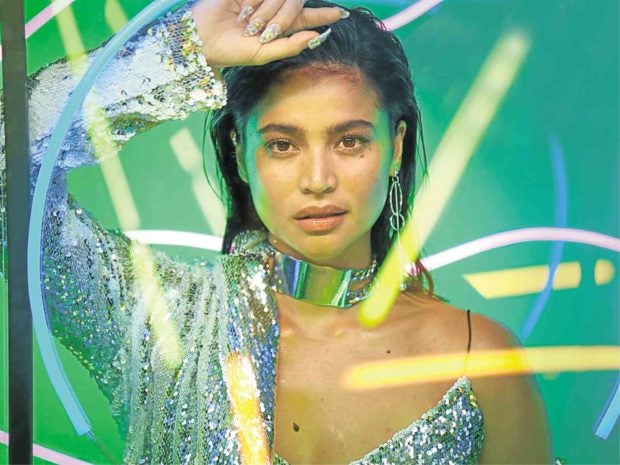 After getting married in 2016, Anne Curtis thought that her career was bound to slow down.

It was the opposite.

Things, somehow, got even “crazier.” In the first half of this year alone, she shot three films—“Sid & Aya: Not a Love Story,” “BuyBust” and her Metro Manila Film Festival entry, “Aurora”—on top of her daily hosting job in the noontime variety program, “It’s Showtime.”

Now, she’s preparing for her coming concert, “ANNEKulit: Promise, Last Na ’To,” on Aug. 18 at Araneta Coliseum. “Just when I expected that things would start to get quieter, these things happened—it’s amazing! It just goes to show that you don’t have to change something about your career just because you got married,” she said at a recent press conference.

Her hectic schedule, the 33-year-old actress admitted, has made it hard for her and husband, Erwan Heussaff, to find time to go on dates. “One time, we were texting and he told me, ‘When will I get to take you out to dinner again?’ I just told him, ‘Soon,’” she related.

Luckily, Anne said, her husband understands the nature of her work. “It helps that he himself is also a busy, hardworking person,” she pointed out. “He supports my career the same way I support his. And that’s why we’re a good match.”

After the concert, she plans to lessen her workload and, finally, prepare for her and Erwan’s long-postponed honeymoon. “We’re going to South Africa in November,” Anne revealed.

As its title indicates, “ANNEKulit” (mounted by Viva Live; call 911-5555), will be Anne’s third and last concert, because she feels that she already has had her fun and enjoyed the experience “nang bongga.”

“I’d like to focus on acting and hosting. I’m giving up my singing career,” she jested.

As in her previous shows, the fans can expect fabulous costumes—some of which are created by international designers The Blonds and Augusto Manzanares, whose works have been worn by such pop stars as Mariah Carey, Cardi B, Gwen Stefani, Nicki Minaj, Jennifer Lopez and Britney Spears.

After taking on opera songs in the past, Anne said she would do a bit of Broadway. She has been taking voice lessons from teacher Kitchie Molina to make sure that she’s up to the task.

“She told me that my voice has improved a lot since 2012 … I have been singing regularly since then,” related Anne, adding that the audience can expect more mature numbers, which will follow a narrative.

The show also celebrates her 21st year in show biz. “There have been lots of highlights: “Doing ‘Magic Kingdom’; being part of ‘T.G.I.S.’; winning my first best actress award for ‘Baler,’ topbilling ‘Kampanerang Kuba,’ my first leading role in a teleserye; ‘No Other Woman’ becoming a blockbuster hit … It’s tough to choose what’s most memorable,” she said. “Because in whatever I do, I put my heart into it,” she added.

Asked what makes her concerts successful despite not being a singer, Anne surmised that it must be because she had never pretended to be one.

“I just stay true and have fun,” she said. “I may have inspired people to embrace their voices and just sing their hearts out.”