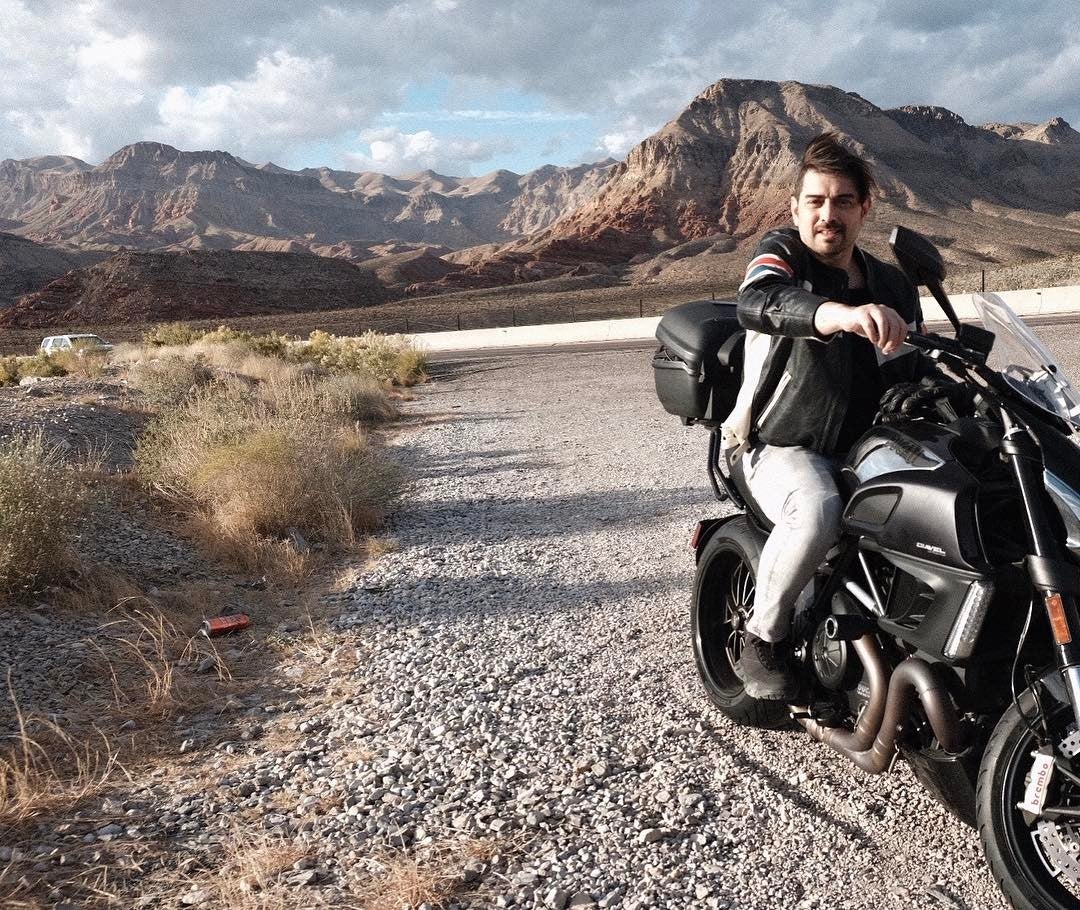 Ian Veneracion got a good laugh out of a fake report that headlined his supposed death.

Veneracion shared a screengrab of the article on Instagram on Monday, Aug. 13, which appeared to have popped up on Facebook. The fake article featured a snapshot of the actor on a black motorcycle. Its headline noted how Veneracion recently passed away due to a motorcycle accident.

In jest the actor wrote, “Kaya pala di ako pinapansin ng asawa ko (No wonder my wife was ignoring me).” 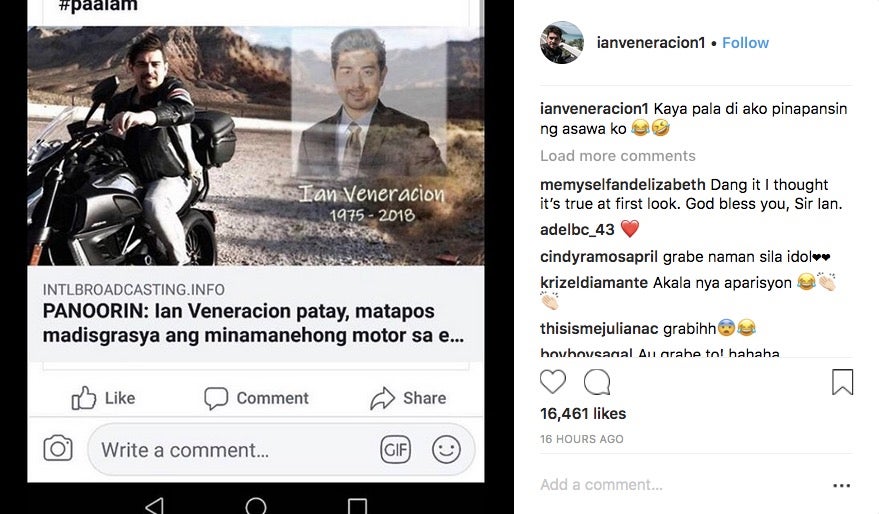 The image used in the article was taken from a Nov. 18, 2017, post Veneracion made while riding his motorcycle from California to Utah in the US. 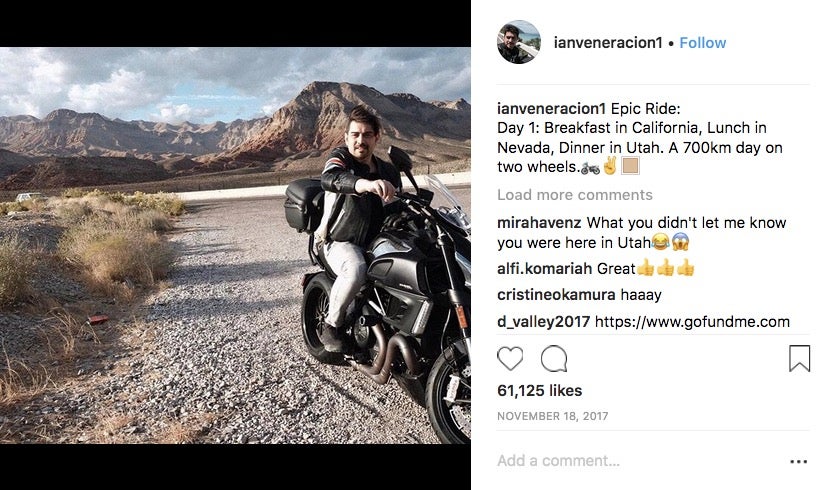 Doing a Google search on “intlbroadcasting.info,” the website that posted the article, immediately presented a hit that pointed to the article about Veneracion’s “demise.” However, clicking on the link would lead to a fake site that lists down random information. Scrolling to the bottom of the site leads to a “See More” button, which may lead to a site that could compromise an internet user’s personal information.

Meanwhile, his previous post, dated Aug.2, gave a shout-out to his fans. He thanked his supporters for voting for him on his nomination  as Best New Male Performer in Awit Awards. “Nakakabagets (Makes me feel young)!” said the actor with a big smile.  /ra