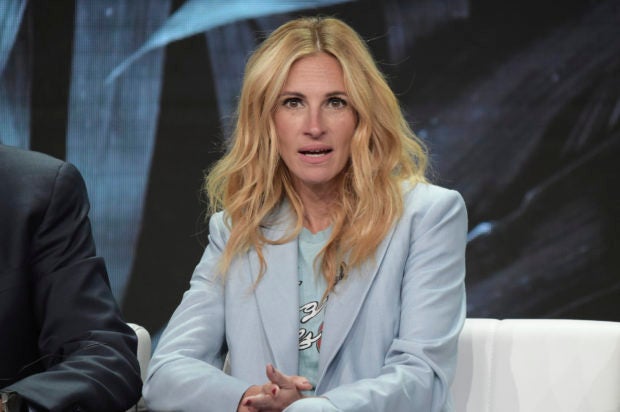 BEVERLY HILLS, Calif. (AP) — What’s the television industry’s top summer destination? A hotel in which 200-plus U.S. and Canadian entertainment reporters and critics gather for an early look at next season’s shows and the chance to question the actors, writers and producers who create them.

The Television Critics Association’s just-ended biannual conference was both a micro look at programming and a macro view of the medium’s direction (hello streaming, and hang in there, broadcasting!). In a parade stretching over two weeks, about 30 networks, channels and streaming platforms held more than 100 Q&A sessions and countless one-on-one interviews to prove they’ve got what viewers want.

While the meeting was held in the ballroom that’s also home to the Golden Globes ceremony, it’s turned into a mundane conference room lacking glamor (except for nicely dressed actors). Among the revelations this time around: How Julia Roberts, President Donald Trump and Thomas Magnum’s charm, but not his moustache, fit in to what you might watch next season.

Streaming platforms including Netflix and Amazon and ambitious cable channels have the buzz, the programming bucks and the big stars. The once-mighty broadcast networks took a back seat at the meeting, both by virtue of effort and programming. In the past, ABC, CBS, Fox and NBC staked claim to two full days each to present robust schedules of new or returning fall series.

They’ve been slowly contracting to a single day of presentations, and this time two networks, ABC and NBC, had half-day schedules with a handful of panels. Altogether, the major networks had a combined 23 panels out of the nearly 120 offered. Among the competitors taking up the slack with movie star-led series: Amazon Studios and its “Homecoming” starring Roberts; HBO’s “Sharp Objects” with Amy Adams, and Netflix’s “The Kominsky Method” starring Michael Douglas.

Name-brand producers including Ryan Murphy also count as catches, and FX presented two of his series, “Pose” and the latest installment of “American Horror Story” anthology. Murphy’s career shows how the small-screen landscape is changing: After successes on FX and broadcast (Fox’s “Glee”), he’s moving to greener pastures with a five-year Netflix deal reportedly worth up to $300 million.

Impressive, but just a nibble of the astounding $8 billion that Netflix said it would spend developing and producing TV projects and movies this year. How can traditional TV, with its steadily eroding slice of the audience, manage to compete?

You liked it before

Networks have become deeply fond of live programming that can entice viewers into enduring commercials, including contests such as NBC’s “The Voice”, Broadway musicals and sports. Another passion: reboots and revivals, both in evidence at the TV meeting.

The implosion of ABC’s “Roseanne” following its star’s Twitter screed didn’t stop networks from reaching into the past again. After all, the sitcom was a success during its brief run last season, as is NBC’s resurrection of “Will & Grace” with its original cast. Enough said for CBS, which promoted a reboot of “Magnum P.I.” with a new hero, sans ‘stache but with bravado and a red Ferrari.

The “Magnum” formula is comfort food served with a dollop of nostalgia, not creatively groundbreaking but maybe inviting enough to keep viewers tuning in as they have for eight seasons with CBS’ remake of “Hawaii Five-0”. The shows are from the same producer, Peter Lenkov, who also resurrected “MacGyver”.

“Murphy Brown” creator Diane English has a polar opposite reason for bringing the show starring Candice Bergen as a TV journalist back after two decades: Political relevancy.

“The First Amendment and free press (are) under attack like I’ve never seen before, I don’t think anybody’s ever seen before,” English said. “The press is not the enemy of the people, and these guys, our characters, are the press. So we deal with that a lot.”

TV is coming into its own as a reflection of society. The explosion of programming, combined with outside pressure, are yielding the kind of ethnic diversity that was non-existent until recently, while the fledgling MeToo movement is gaining a quick foothold.

CBS, long criticized for featuring mostly white characters, is serving up more shows with actors of color, including “God Friended Me” starring Brandon Micheal Hall, an African-American actor most recently seen in ABC’s short-lived “The Mayor”.

Asian-American actor Jake Choi, starring in ABC’s “Single Parents”, told reporters that after auditioning for too many stereotypical, one-dimensional roles he relishes the chance to play a character who is imperfect and “not defined by his ethnicity.”

Allegations of sexual misconduct in Hollywood are making headlines and contributing to story lines. “Brooklyn Nine-Nine”, which is moving to NBC after being canceled by Fox, has taken on topical issues in the past and is mulling addressing the MeToo movement, said executive producer Dan Goor.

The subject hits close to home for series star Terry Crews, who alleges he was groped by an agent (Adam Venit, who has denied the claim through his attorney). Crews said his colleagues’ support helped give him the security to go public.

The shows are new but the faces are definitely familiar as actors rotate to new projects or old projects at new networks. Tim Allen exemplifies the latter, with his canceled ABC sitcom “Last Man Standing” starting anew at Fox this season.

Fans of former “Hawaii Five-0” star Grace Park will find her in ABC’s “A Million Little Things”, which also features Ron Livingston (“Loudermilk”, ”Sex and the City”). Liked Max Greenfield on “New Girl”, you’ll find him on CBS’ “The Neighborhood”, along with Cedric the Entertainer (“The Last O.G.”) and Tichina Arnold (“Everybody Hates Chris”).

Don Cheadle (“House of Lies”) stars in Showtime’s “Black Monday,” with Brad Garrett (“Everybody Loves Raymond”), Taran Killam (“Saturday Night Live”) and Leighton Meester (“Gossip Girl”) also in the ensemble cast. Nathan Fillion of “Castle” is still a crime-buster for ABC, but this time as a new police officer on “The Rookie.” Jeremy Sisto (“Suburgatory”) is a lawman too, on CBS’ “FBI.”

The network custom of making top executives available for a Q&A with reporters has begun to falter among broadcasters, with both NBC and ABC skipping such panels. CBS might have, especially since the TV meeting came on the heels of sexual misconduct allegations against CBS Corp. CEO Les Moonves (he’s denied misusing his position). But Kelly Kahl, CBS Entertainment president, showed up and fielded a barrage of questions about the company’s workplace culture and treatment of women. Reporters frequently prefaced their queries with thanks to Kahl for making himself available, and he answered the questions calmly and without rancor as he defended his division’s record and the company’s HR policies. It would have made for a good, even instructional TV drama episode. CC

Julia Roberts to set to star in TV show